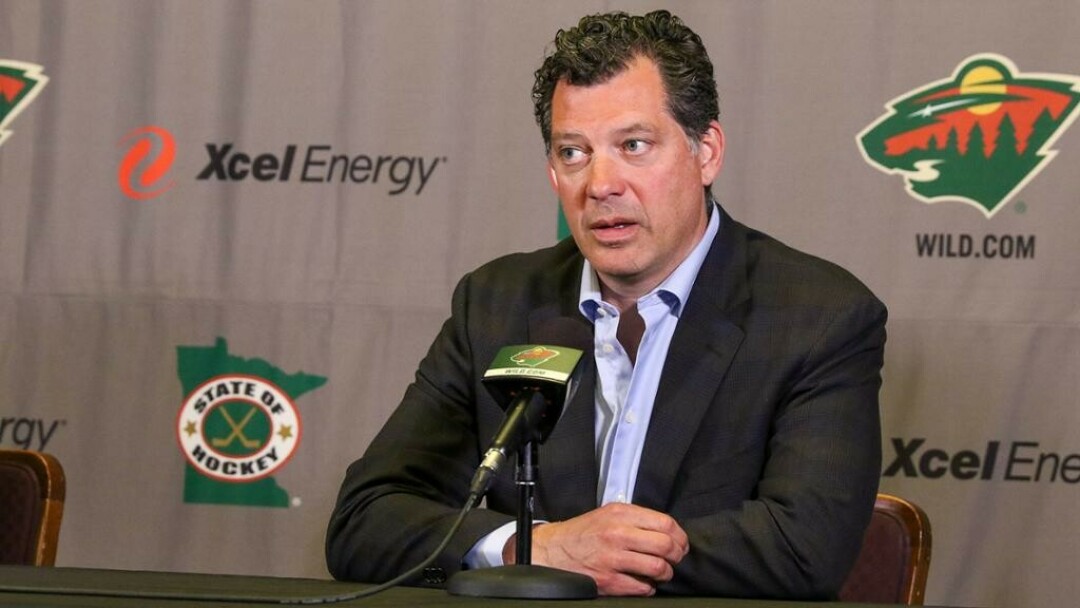 HANNIBAL – We knew it was going to be like this. Even without a public announcement of impending “pain” via team change, ala the Toronto Maple Leafs of the recent past, all of the signs were there.

There are four major financial factors in control of our club right now, and they have teamed up to put the Minnesota WILD in a salary cap corner at this point in time. The buyouts of Zach Parise and Ryan Suter were exhibits one and two, and the current contract negotiations with RFA’s Kirill Kaprizov and Kevin Fiala are exhibits three and four.

I’ve continued to think through the buyouts. Were they a necessity? Could the team have bought out one of the players and kept the other? Who stays, and who would go?

That’s all pointless conjecture now. I’d heard rumblings about the buyouts before they happened, but I was still surprised when they were announced like most fans were. At least one, if not both, of these players were rumored to have been locker room “problems.” To be upfront, I haven’t been able to verify that (and I have tried, anyone who knows isn’t talking about it).

So, do you want young up-and-coming players to be exposed to that if true? (I wouldn’t.) Does it contribute to a cohesive room and team environment? (No, it doesn’t.)

I have to believe, though, that there is something to the rumors. There were years-long rumbling about it, and the team will experience salary cap pain with or without them on the roster. So, someone with the cajones to do something about the rumored “problem” decided to take action and did the inevitable.

The pain is going to last for four years. If they stayed, you were overpaying for veterans with declining skill sets that were also consuming roster spots a developing young player could occupy. And if bought out, you are dealing with the cap charges until that point where the contracts will have naturally expired. The only year the club gets cap relief is the first year, post buyout, where it will save about $10.33 mil in cap space. The team will undoubtedly put those funds toward re-signing Kaprizov and Fiala.

Then, the team will get “charged” for the buyouts in years two, three, and four. For year two, the charges will cost the club $12.74 mil in cap space. In years three and four, the amount goes to $14.74 mil each year. No matter how you cut it, this will hamstring the Wilds’ ability to attract free agents or retain players they wish to keep.

Of immediate concern to me is that the Kaprizov camp, during negotiations, has stated that they want to see what kind of team the organization can build around him to compliment his game as a reason to avoid a long-term deal right now. The team is proposing a long-term contract. Kaprizov’s agent, if he gets, like a three-year contract, let’s say the club doesn’t improve to his liking; so when he achieves UFA status, it’s off to another team if he desires to stay in the NHL, which isn’t entirely clear to me if he does or not. Rumors about the KHL are still out there.

There hasn’t been much news available with regard to the Fiala talks, so there is no new news to report on there.

In the meantime, last Thursday was the opening day of free agency, and the Wild did have some roster needs to fill, even if their wallet wasn’t chock full of funds to spend. One of the first decisions the team had to make, and one of the most important, was that they were backing out of the pursuit of Buffalo Sabre star player Jack Eichel. He is injured, tired of the perennial losing there, and has requested to be traded.

The ask on Eichel has been relatively high, and Guerin weighed it out many different ways and concluded the team was out of the running. I believe that was the proper choice. This player has too many question marks around him for my liking.

Next up, the team needed about three D-men and a couple of forwards, preferably a top-six center or two. It was going to be a tricky day for Guerin no matter what. Was he going to be forced to roam the aisles with an empty shopping cart all day? Or would something work out for him and the team?

Luckily he already had a deal in place to bring Grand Rapids-native and skilled D-man Alex Goligoski in as a UFA. He signed a one-year deal for $5 mil, and it is believed he will add a year on to that in January for about $2.75 mil. It looks like he will probably be playing with Jared Spurgeon on the first pairing.

In searching for forwards, Guerin has thus far signed C/RW Frederick Gaudreau, who has a little more than 100 games in at the NHL level. He has spent time with PIT and NSH and is familiar with Coach Dean Evason.

Other players were signed last week, but all to two-way contracts. Players with a shot at a job out of camp have to include Marco Rossi and Matt Boldy.

Could recently-drafted D-man Carson Lambos have a shot at making the team out of camp? I see that as strictly being a long shot.

And if Guerin is going to build this club right, you can’t rush any players. You’ll know when it’s time to call them up.

The team pursued re-signing D-man Ian Cole, but the money became too much. He got about $1 mil more than the WILD was willing to spend (CAR) on a one-year deal.

They were also in on Marcus Foligno’s brother Nick, but the WILD lost out when the ask became too high once again. He got a two-year deal from BOS for $7.6 mil ($3.8 x 2), and as far as I’m concerned, the B’s vastly overpaid for him. In both cases, it’s OK. Neither of these players would put the WILD “over,” and they aren’t in a Cup window right now anyway. Have financial discipline and let another club indulge in that madness.

What to make of all of this? We were told that the “flat cap” era would be a challenge. We heard that cap space would have to be treated like gold.

And history has proven time and again that long-term free-agent deals are generally great for a year or two, then they choke the club that initiated them for their duration. We just got to see that up close.

If you are limited by what you can invest in your roster, but not in other areas, I’d put those resources to work on those things, like scouting. If you have to tow this line for multiple seasons, you’re going to have to find some young, affordable players that can play right away. That requires a great eye for talent and the guts to land them.