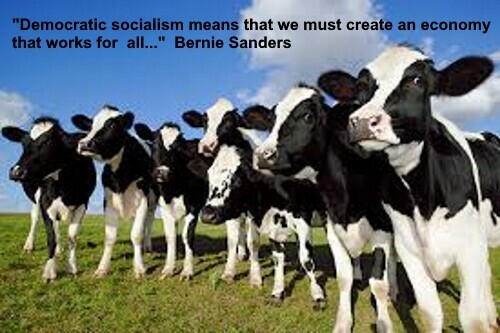 Agriculture is the foundation of all civilization. Without the rural farms, and the small rural communities that support agriculture, there would be no cities. But agricultural areas have seldom enjoyed rewards commensurate with their importance. They are usually among the poorest areas of any state. Wisconsin is no different.

This economic divide doesn’t have to exist. As I have written in the past, economics is not a set of immutable laws of nature. In the 21st century global economy, with instant communication and worldwide transportation, rural areas don’t have to be backwaters. Small towns and rural areas could be vibrant, prosperous, decent places to live. In fact many are decent places to live now if you have enough income, or an independent income.

Making rural areas more successful would have great benefits for the rest of the country. Much of the ugliness, congestion, pollution and other problems of large urban areas could be reduced by dispersing the population more evenly.

Also prosperous rural areas support urban areas. Most counties in the United States include both rural and urbanized areas. Only 26 percent of counties have no urban area and many of those are within driving distance of an urban center in another county.

Definitions of what is “rural” vary and include land use, population density, commuting patterns, and distances to cities. By any definition, Wisconsin has a lot of rural land and a large rural population compared to many other states. Urban centers in Wisconsin are relatively small.

Using the Census Bureau’s definition, 97 percent of Wisconsin’s land area is rural and 30 percent of the population lives in rural areas. Using population density most of the state falls into two categories: 0-33 and 34-90 persons per square mile.

Rural can also be measured using the cow-to-person ratio. Cows outnumber humans in a number of counties in central, northeastern and western Wisconsin (for more read the WIS Context article “Putting Rural Wisconsin On The Map” at wiscontext.org/putting-rural-wisconsin-map).

It should also be noted that there is much more to rural areas than farming. The rural economy includes tourism, services, small manufacturing, forestry, government and many retired people. Government jobs from county, city, school district, state and federal activities are the economic backbone of many rural communities.

Historically there have been division, mistrust and animosity between rural and urban dwellers.
UW Madison political science professor Katherine J. Cramer has written about this in "The Politics of Resentment: Rural Consciousness in Wisconsin and the Rise of Scott Walker." She says rural people don’t feel respected. They believe all the wealth, attention and benefits go to cities where “liberal elites” control everything. Rural people don’t get their fair share and undeserving “others” get more while working less (minorities, unemployed, public employees, immigrants, etc). 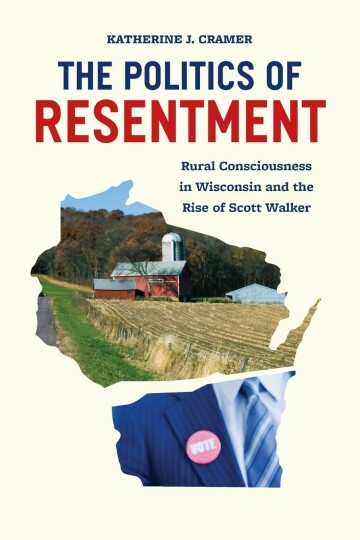 This supposedly explains why rural people vote against their economic best interests and politicians like Scott Walker and Donald Trump get elected.

Back in January 2020, Governor Evers announced a new Office of Rural Prosperity. He urged the legislature to appropriate some $43 million for in various initiatives to help rural areas and farmers. He issued an executive order creating a commission to investigate rural problems.

The commission’s report was released in December 2020. The commission gathered input from three virtual meetings, written comments, and 25 face-to-face meetings with “stakeholders” across the state to produce the report. Here are some of the key findings:

• Local leadership is critical to local and statewide prosperity. Lack of well informed leadership in elected, paid and volunteer positions is impeding progress.
• Political divisions stifle community action and discourage new leaders from becoming involved.
• State-imposed county and municipal tax limits are not fair, and they are holding rural communities back.
• Urban and rural areas cannot prosper separately. They need each other. Local and regional collaboration is needed along with coordination across state agencies.
• Local small businesses are “big business” in rural areas.
Here are some of the policy recommendations:
• Expand high-speed internet access.
• Use regional collaborations to boost businesses and provide more efficient government services.
• Support decent affordable housing, especially rental units.
• Make child care and its funding a state priority. Half of the state is a “child care desert.”
• Adopt Medicaid expansion, increase medical insurance coverage, and improve medical services available in rural areas.
• Support small business with a level playing field and better access to investment capital and financing.
• Increase pay and benefits for low-income workers.
• Protect the environment. Tourism and outdoor recreation require high-quality natural resources.
• Public schools are a huge asset for rural communities and should be supported.
• Lack of essential medical and mental health services are hurting the people and economy.

These are only a few of the findings and recommendations. You may download the entire report as a PDF here. 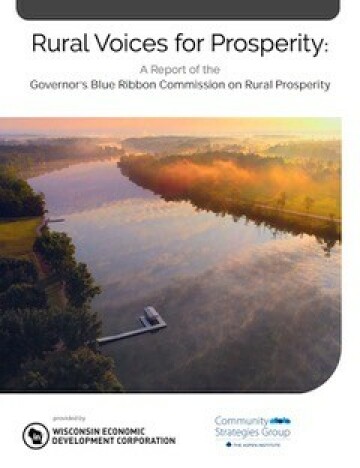 You may have noticed that these findings and recommendations are surprisingly liberal. Which illustrates that when people get past their culture war divisions there is often common ground on what is important or needs to be done. This also shows why the conservative, anti-government attitudes of many rural people are misguided and self defeating.

Rural people’s needs are not different than the rest of the state. The policies that would help rural areas will help people in urban areas.

We all need adequate income, health care, education, affordable housing, and decent, safe communities. And fixing the economic problems in rural areas is good for all of us no matter where we live. Everyone does better when everyone does better.

As often happens, the good recommendations of the commission appear to be lost in the political wrangling. If anything is to happen, people in rural areas will have to make it happen.

Economic development works best from the bottom up. People will have to push the Madison “leadership” to get any action.