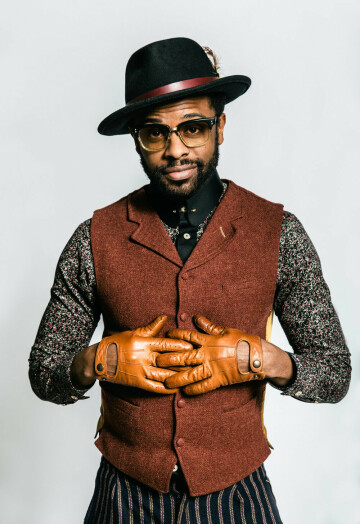 Sometimes facts lead to theories and sometimes to more facts

On May 21, 1946, veteran Canadian physicist and chemist Louis Slotin working in our Manhattan Project in New York, was experimenting with uranium and plutonium cores to determine their critical mass values.

Pushing the cores together with a screwdriver in one hand, it slipped in his hand and started a fission nuclear reaction, releasing a burst of hard radiation. He died of radiation poisoning nine days later, a victim of a “criticality” accident. I always had my senior English students at Fargo Central read an article, “The Death of Louis Slotin,” so they would understand the atomic age they were living in and that facts and theories made a difference.

So now we have reached another age of criticality in that millions of words are being written and spoken about Critical Race Theory. The important thing is, if we’re going to write and talk about a theory, we must assume there are some facts around that may add to what is concerning both political parties at the moment. The pens, keyboards, microphones, radios, televisions and printing presses are pushing Homo sapiens and race into an explosion of political criticality.

Let’s list a few Critical Race Facts that may keep some Blacks and Whites from touching and exploding.

1. After the first 20 Black slaves from Africa were sold to White Virginians in 1619, 2020 White American households now average $962,010 of wealth, Black American households average $143,000, and Hispanic American households average $249,000. In those 402 years the Divided States had 246 years of slavery to 1865, including 89 years after all those White guys who signed the Declaration of Independence declared that all men were created equal if they owned property – except for all women and anyone who wasn’t White. Following 1865, Blacks suffered through 100 years of Jim Crow One and the “Separate but Equal’ sham to 1964-65 and the Civil Rights and Voting Rights Acts. Now we have the Trumplican Party subjecting people of color to Jim Crow Two laws to keep them from voting for representation in Congress and the White House.

2. It was against common practice and later against the law during Jin Crow One days to teach Blacks how to read and write. When Thomas Jefferson took his sex slave Sally Hemmings with him to Paris she could not read or write – but she still learned to speak French fluently. Most Southern states later passed laws making it a crime to teach Blacks how to read and write. The main reason? Slave owners did not want slaves to be able to get ideas about freedom and religion from reading the Bible.

3. From the records of the famous Lloyd’s of London Insurance Company researchers have determined 35,000 slave ship voyages covered with insurance carried as many as 16 million Black Africans to slavery in the Americas. There were revolts in about one out of ten slave ships because of terrible conditions. When the ships reached the Middle Passage in the Atlantic, women and children were unchained and allowed on deck. Sharks always followed the ships because dead slaves were thrown over the side. Some women and children chose to go to the sharks instead slavery and jumped over the side.. Other woman started rebellions aboard ship by stealing firearms and keys to the chains of their men below. Very few revolts succeeded.

4. Jackson, Mississippi in the first half of the 19th century had more millionaires than the financial center of the country New York City – because of the cotton industry and the thousands of slaves picking it.

5. Ben Little, a Black man from Mount Peasant, Texas, was found lynched in a tree by the sheriff in October of 1885 with this note pinned on his back:”This negro was not hanged for the highway robbery he committed in Titus County last Wednesday, but for the slanderous talk he has had about a certain white family in Mount Pleasant, which we deem a scandal to the white race. The family is as innocent and pure as the angels in heaven, and we feel that we have not committed a sin in the sight of God, and furthermore, we feel that we have done a great and noble act for our country as gentlemen. Speak for the dead for further information.” The note was signed “CITIZENS OF MOUNT PLEASANT TO THE NUMBER SIXTY-EIGHT”

6. Of the Fortune 500 companies, only four have Black CEOs.

7. History textbooks used in Virginia in the fourth, seventh, and 11th grades had the following statements: “A feeling of strong affection existed between masters and slaves in a majority of Virginia homes.” The masters “knew the best way to control their slaves was to win their confidence and affection. Enslaved people “went visiting at night and sometimes owned guns and other weapons. “It cannot be denied that some slaves were treated badly but most were treated with kindness.” Colored pictures in the texts showed masters and slaves well-dressed and shaking hands. The White majority culture of Virginia wanted its young White to know that enslaved people “were contented servants” of honorable planters.

8. The 1915 film The Birth of a Nation served as a rebirth of the Ku Klux Klan by portraying Blacks as stupid and sexually aggressive toward white women, the reason for many lynchings of Black men in the 19th and 20th Centuries. Black leaders around the country tried to get it banned, but it was a great financial success. It showed the KKK as a preserver of White family values.

9. Black musician Adrian Younge wrote this analysis of race after traveling the world: “I was shocked at how little people understood about racism and its history. Racism is a learned behavior and one America developed through building its nation on the backs of slave labor and those economic gains. America is a slavocracy: it is a nation founded on bigotry, and those principles continue today. People might think racism no longer exists because there is no longer a slave system, but they don’t realize the laws that enabled the slave system still put us in a position where we have to jump over insurmountable handicaps to just become equal.”

10. Black state Representative Henry McNeal Turner to the Georgia legislature in 1868 during Reconstruction: “Am I a man? If I am such, I claim the rights of a man. Am I not a man because I happen to be of a darker hue than honorable gentlemen around me?” He got death threats from the KKK immediately and the local paper stated: “We should neither be seized with astonishment or regret if he were to be lynched.”

11. While their parents were in concentration camps under FDR’s Order 9066, second generation Japanese-American men joined the 442nd Army Regiment and fought for us in Italy. In one battle they saved the “Lost Battalion” from Texas when it was surrounded by German troops. In all, 442nd soldiers, one of the most decorated units in American military history, were awarded 20 Congressional Medals of Honor for their actions in Italy.

12. Meanwhile, back in Texas, in the 19th century, Judge Roy Bean discharged a White man from punishment for killing a Chinese man because Texas had no statute against killing someone of Chinese descent.

12. Of the 4,963 banks in the DSA, only 20 are owned by Blacks. About 22% of Black households do not have checking accounts or bank deposits because they don’t have enough money to qualify. That’s how pay-day loan sharks get rich cashing checks of minorities for a price.

14. The testimony of a descendant of a slave taken during WPA writing projects: “ My grandmother told me this from her slave days: ‘I can’t tell yo my age but I will tell yo’ dat eber’body what lives in dis block am either my chile or grandchile. I can’t tell yo’ prezackly dat is o’em, but I will tell yo’ dat my younges’ chile’s baby am 14 years old, an dat she’s got 14 youngun’s, one a year just lak I had till I had 16.” Some plantations turned into factory farms breeding babies in the numbers described above. Women went for an average of $1,100 in the 1850s, men for $1,700, 18-year-olds brought an average of $650.Slaves were worth many millions across the South, probably much more than the cotton they picked.

15. Supervisor of one of the 156 Indian schools in the DSA: “Our purpose is to kill the Indian in him and save the man.” Can you imagine what happened in the other 155 schools run by churches and government?

16. Born into slavery as Araminta Ross, Harriet Tubman may soon replace former President Andrew Jackson, the owner of 161 slaves, on our $20 bill. After being whipped and beaten, at age 27 she escaped slavery to Philadelphia and then returned to Maryland to rescue her family and eventually guide dozens of slaves to freedom and Canada on what became known as The Underground Railroad. When the Civil War began, she worked for the Union Army as a cook and nurse, and later as an armed scout and spy. The first woman to lead an armed expedition, she led the raid on Combahee Ferry which liberated more than 700 slaves. She also helped John Brown plan and support a successful raid in 1859 on Harper’s Ferry. She died at age 90 in New York – in a nursing home she started for elderly Blacks.

17. Of the 20,000 Confederate memorials built during Jim Crow One and Two, only 120 have been removed. The Chosen One has made the word “loser” a favorite. How many statues and memorials exist in Germany for Hitler, in Italy for Mussolini, in Cuba for Batista, and in Japan for Hirohito? They were all losers.

18. Gay Black writer James Baldwin wrote “African-Americans are the ‘bastard’ children of white America. They constitute a peculiarly and uniquely American race. The truth is this country does not know what to do with its black population. Americans can’t face the fact that I am flesh of their flesh. Baldwin, who lived in France because the French treated him like a human being, recognized that nearly all Blacks carry within them white blood (Remember the “one drop” theory?), usually the result of white rape. White slaveholders routinely sold their mixed race children-their own children-into slavery. Baldwin also recognized the failure to acknowledge the melding of the Black and White races that can be seen in many Black faces. This makes us literally brothers and sisters.

These are Critical Race Facts out of the millions that must be taught to everybody.