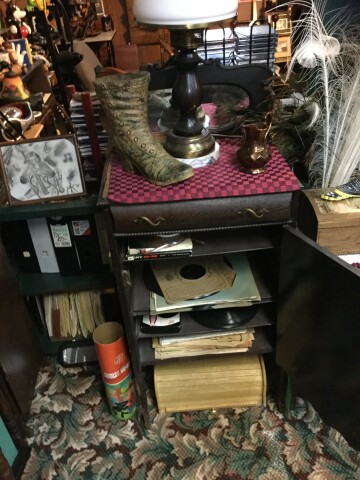 I once joked that most men wouldn’t notice if their wife re-arranged the furniture while they were at work. I, on the other hand, would be surprised if the couch remained in the same place. The couch in question had three back legs that I warned my wife were in danger of breaking with each move. When they finally did, and she said we needed a new couch, I said, “No, what we need is for that couch to stay in one place.” I put the back up on blocks, and when our son came home, we fixed the back legs so they were solid. Not as attractive, perhaps, but non moveable.

After I saw my leather-covered kidney desk go by my chair for the fourth time, I decided I would have to save it before it came apart, so I cleaned out the oak desk I had been using in the basement, and moved it to the spare bedroom (where it still sits empty) and brought the kidney desk to use in its place.

We once owned three dining room tables. I would have liked to keep the Queen Anne table, but it went with one other, and we kept the one with the lion’s paw legs. I gave up on the Queen Anne because two of those tables were in my garage, where I hoped to park the car in the winter.

We had four high-back gold-colored chairs around the table, and when she wanted to sell those chairs, I resisted. So she said I could store them in my basement storage room, which was supposed to just have my stuff. I wasn’t happy, but I took them. They made their return after she died, and the mismatched wooden chairs she had replaced them with were the first to go in the rummage sale. 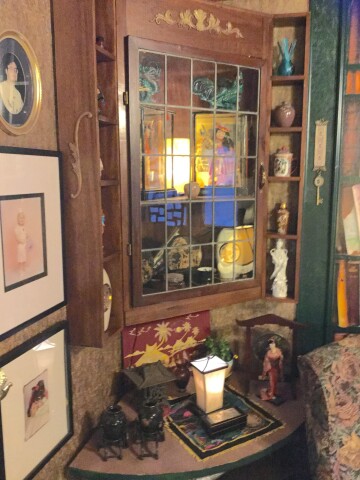 There is an old telephone table in my entry. This was a staple in the 1940s – homes, holding an old rotary phone probably the only house phone, since extension phones were expensive. There is a seat for the housewife to sit on while chatting with her friends.

Another 1940s staple is standing in my bedroom. It is a bookcase now, standing 3 1/2 feet tall by 2 ft wide. With all its knobs and lighted dial, the radio console would have been the focal point of the living room. It would be replaced in the 1950s with the chest-style radio phonograph console.

Around the turn of the 20th century, any house with a piano would have a manuscript cabinet to store the sheet music. The importance of sheet music can be illustrated by the sales of the “Maple Leaf Rag,” which topped out at more than a million copies sold when it came out.

The tobacco cabinet looks like any standard end table until the door is open. Inside is a copper cube with a latched door, and that door opens to reveal a humidifier that keeps the Prince Albert tobacco fresh for the pipe smoker

Bookcases with glass doors I have always referred to as lawyer’s bookcases. I don’t know if that is the correct term or not. In any case, we have three that fit the bill. One is a small stand-alone, the other two were each part of someone’s house. The smallest one was attached to the house on the right side, which has the cut-out for a wall. The larger one has the cut-out on the left. The ones I have seen attached to walls have been next to the bottom of a staircase. 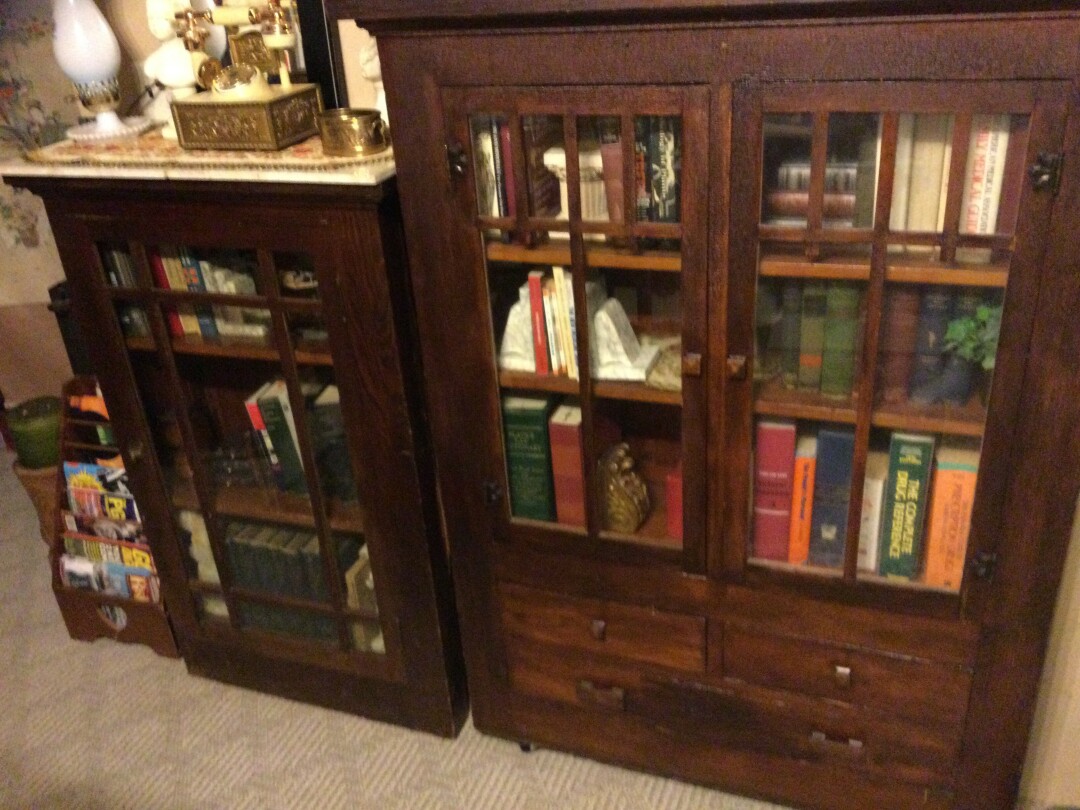 My wife did discover those small circular gliders that made moving heavy furniture easy, but after the large bookcase passed my chair the fourth time, I decided that enough was enough. I moved them down to the library, filled their shelves with reference books. and closed the doors.

The smaller one may have withstood a little more punishment, but the large one is very old, and I’m afraid one fall would leave me with a pile of splinters.

The last cabinet was not purchased but was built to fit the glass door. My wife brought the door home and asked me to design and build a corner cabinet to fit it. I assumed the door was oak, so I bought a few pieces of clear mahogany to build the shelves. I put three shelves on the inside with holes to pass electric cords through. On the sides are small shelves for knickknacks.

I cut a large pie-shaped top shelf for a corner table out of some very thick laminate, and sprayed it with flecked paint. Under that top, I put one angled shelf held up by two fancy turned legs across the front, with a solid square leg in the back.

There was only one corner where this cabinet could go in our old house, and the same was true when we moved it to our new house. The only difference was that the corner table was moveable, and so it had to be moved as often as possible. It is now back in its place, where it will stay.

The cabinet is full of oriental pieces now, which I am considering changing. 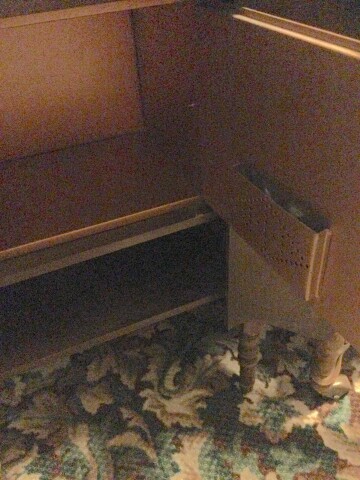