Miracle workers – my kind of Republicans 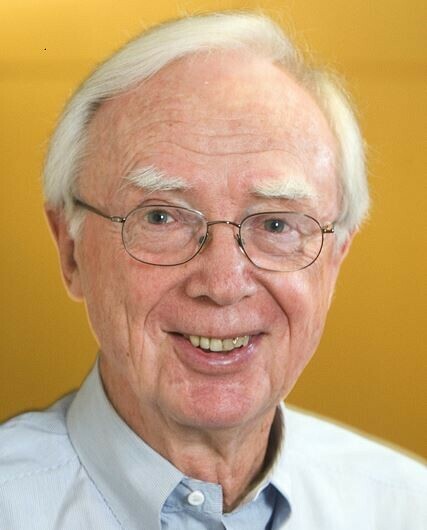 Fifteen years ago I began research for an as yet unwritten book on a now forgotten Democratic Party scandal in Minnesota. Most of its FBI investigation took place in Duluth just after I moved to town.

When I learned that the the liberal Republican Governor Elmer Anderson’s chief administrator was still alive I looked him up for some context. Tom Swain led an active civic life from his office in St. Paul’s Landmark Center. Last Friday night I saw him interviewed on Public Television’s Almanac, a century under his belt and looking all of 80.

Mr. Swain said what I’ve been thought for several decades. He never left the Republican Party. It left him.

I long for the days of Lincoln Day Dinners. Abe, an autodidact, never got over his embarrassing lack of a formal education. His reverence for education was once a core Republican faith. That too has been lost. It wasn’t always so.

In the early 1970s I was fighting a losing battle to tell my college peers that the Cambodia-bombing Richard Nixon wasn’t the only representative of the Grand Old Party.

In those days my kind of Republicans were doing their best to make Minnesota’s education fair for both students and the poorest taxpayers.

During my sophomore year at Mankato State, our region’s Republican legislators, Kelly Gage and Senator Rod Searle, hammered out the Minnesota Miracle with Democrats. I wrote about their work for my State and Local Government class. I got an A minus on my report. You can read it here.

My kind of Republicans were not loud champions of civil rights like Hubert Humphrey, but when President Lyndon Johnson reminded them of Lincoln’s legacy, most GOP Senators voted to pass the Democrat’s landmark Civil Rights Bill of 1964.

In 1971 such people constituted a majority of Minnesota’s Republicans, even though Black Minnesotans accounted for barely 2 percent of the voting public. Maybe this liberal tendency was handed down to them from their socialist Scandinavian forebears.

The report I wrote made clear that many rural school districts got shafted in school finance. Always vulnerable to the weather, farmers were “property rich.” A farmer tilling a hundred acres could easily go bankrupt in two failed growing seasons or one if his bank loans were over-extended. Rural schools were financed on the backs of such farm families. Not surprisingly it wasn’t easy sweet-talking farm voters into raising taxes to fund their schools.

So, Republicans like Searle and Gage were crucial to the Democratic Governor Wendell Anderson’s goal of ending schools’ reliance on regressive property taxes. Their new bipartisan tax-funding schedule raised income taxes to properly fund all of Minnesota’s schools. It was a tax based on wealth and it was entirely raised by the state not by local governments. It was hailed as the “Minnesota Miracle.”

It left richer people to carry a heavier burden in educating all children. However, there was an escape clause of sorts.

The well-to-do and generally whiter residents of the big cities could move to the suburbs. Since the Minnesota Miracle would require constant formula changes and the approval of the legislature because this equity would always be vulnerable.

As the baby boom suburbs continued to swell so did financial discrepancies between school districts. New and more expensive homes afforded the residents of the suburbs greater property taxes for suburban districts. More money per pupil.

At the same time teachers unions across the state were drawing on the state’s income taxes for their paychecks. They also made use of a new negotiating tool. The legislature had given them the previously forbidden right to strike. But it wasn’t local school boards facing strikes that would be passing cost increases onto property taxpayers. The school boards passed their costs and pain on to the state.

Not surprisingly legislators didn’t enjoy hearing from their high-income earners that income taxes were going sky high. Inequality would be allowed to creep back into the schools. This is what I faced when I became a Duluth School Board member a quarter century after the Miracle.

As a stop gap, the legislature tempted local school boards with state matching funds if their residents voted for higher school property taxes. I helped pass the first such “excess levy” in Duluth in 1993, which was astonishingly generous.

For every local dollar Duluth voters authorized for their schools in the next five years, Minnesota would match them with two dollars from state taxes.

Even more remarkably, the state’s only requirement was that voters authorize the taxes. The Duluth School Board wasn’t required to levy them!

This too was a miracle of sorts but one accomplished by a shell game. Future legislatures would wise up and allow the matches to fade away.

There may have been a surprising reason for the generosity of Minnesota Republicans 50 years ago.

Their politics were closeted by a Progressive Era law that forbade legislative candidates from running as members of a political party. They had to run as “liberals” or as “conservatives.”

But that’s a subject for another column, on state politics, not education.