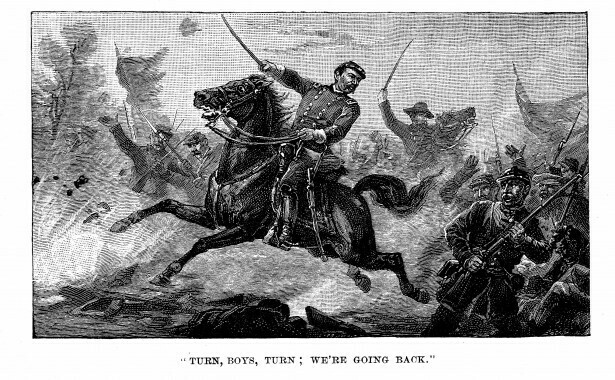 “Let me ask: How many more – how many thousands more Americans, daughters and sons – are you willing to risk? I will not send another generation of Americans to war in Afghanistan with no reasonable expectation of achieving a different outcome.” President Joe Biden

President Biden was responding to criticism for his decision to remove combat troops from Afghanistan. His statement is reminiscent of John Kerry’s testimony before the Senate Foreign Relations Committee on April 23, 1971.

At that time John Kerry, a Vietnam combat veteran, was speaking against the Vietnam War. Fifty year later nothing has changed but the location of the mistakes. We have not learned from the mistakes of Vietnam. We have repeated many of those mistakes in Iraq and Afghanistan with very similar results. And nothing will change as long as we continue to practice the imperial hubris that got us into these quagmires.

For many decades U.S. foreign policy has been remarkably consistent and bi-partisan. It has been guided by a belief that we are “exceptional,” that we are the good guys promoting security and stability, and that we have a duty to “lead the free world.”

These are the self-serving justifications for our many political and military interventions all over the world. The rest of the world is expected to accept our “leadership” or face the consequences of military action or economic sanctions.

Historian and Vietnam combat veteran, Andrew Bacevich has written extensively about our arrogant attitudes and failure to learn from past military mistakes. He writes:

“By definition, once U.S. officials had declared that preserving a non-communist South Vietnam constituted a vital national security interest, it became one...even if, by any rational calculation, the fate of South Vietnam had negligible implications for the well being of the average American... Although that conflict ended in humiliating defeat, the reliance on force to squelch doubts about American dominion persisted... once the Cold War ended...the militarization of American policy reached full flood. Using force became little short of a compulsion...Affirming American ‘global leadership’ provided an overarching rationale for the sundry saber-rattling demonstrations, skirmishes, interventions, bombing campaigns, and large-scale wars in which U.S. forces have continuously engaged ever since.”

The post 9/11 wars exemplify, and are the result of, this imperial hubris.

Biden is the sixth president in a row to to use military force (i.e., bombing) in Iraq in the vain attempt to stabilize that country after we destabilized it with two invasions.

President Biden is moving in the right direction by removing the combat troops from Afghanistan. But do not be fooled. We are not getting out of Afghanistan. We are merely entering an new phase in the misguided efforts to control that region of the world. Statements by Biden and administration officials make this clear.

Biden and Pentagon officials have made it clear that “over the horizon” airstrikes will be an option in the future. Bombing and droning in the absence of an effective local government or a significant contingent of ground troops has not worked in the past. This is another lesson from Vietnam and the post 9/11 wars. We have been bombing in Iraq for 30 years and accomplished nothing but more casualties and wasted money.

We are leaving 450 troops in Kabul to guard the embassy. This is just enough to provide a tempting target and a potential hostage situation, but not large enough for effective defense.

It is foolish to expect the Afghan government to provide adequate security. The most likely scenario is that the Taliban will be back in power soon. After 20 years of fighting the Taliban (which our CIA largely created in the 1980s to oppose the Russian occupation of Afghanistan) the situation on the ground will be what existed in 2001 when we invaded the country.

The CIA is also not leaving Afghanistan. The CIA is the reason we got into this quagmire in the first place in the 1980s. The private contractors and all the waste and corruption are not leaving and the military aid money will continue to flow.

The Biden administration is promising some $4 billion a year to prop up the failed, corrupt Afghan government. There is no reason to believe this money will do any more good than the trillions wasted in the last 20 years.

The troops are leaving Afghanistan and the the drum beat of war is shifting to other manufactured conflicts. Biden publicly said the Afghan draw down will allow the U.S. to focus on the “strategic competition with China and other nations.”

The bipartisan, militarized foreign policy establishment has been busy ginning up conflicts with China, Russia, North Korea, Iran and Venezuela.

The all-powerful military industrial complex and our desire for global hegemony abhors a vacuum. We can not be without an enemy of some kind.

The roots of the problems in Afghanistan go back long before our ill advised interventions in the 1980’s or after 9/11. I don’t know if anything could have been done to “fix” Afghanistan even with the best of motives or peaceful strategies.

Given the large number of religious zealots, motivated by 9th century thinking, probably nothing could have saved the Afghan people years of disastrous misrule. But there is no hiding the fact that our military involvement has been a complete failure and only exacerbated the problems.

One lesson from Afghanistan is crystal clear – War is not the answer for failed or struggling nations. Nor is it good for empires that try to dominate and control the lessor nations of the world.

It should also be clear that continuing the failed thinking of the past will not produce better results with future conflicts. We need a new foreign policy that replaces hubris with a little humility and honesty.

We should be leading the world by example and not military domination.