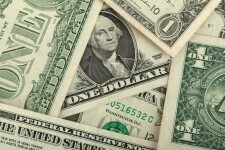 “Little else is requisite to carry a state to the highest degree of opulence ...but peace, easy taxes, and a tolerable administration of justice.” Adam Smith

When Adam Smith published An Inquiry into the Nature and Causes of the Wealth of Nations in 1776 he was recording his observations about economic life in England at the time. Although his writings were important and influential, he was not promulgating Newtonian laws of the universe. There are no laws of economics comparable to those in physics, chemistry, or other hard sciences. Violating the “law” of supply and demand does not carry the consequences of ignoring the law of gravity.

Humans have engaged in economic activity for many thousands of years. Even hunting and gathering groups engaged in barter and trade. As societies became more populated and complex so did economic practices. Throughout human history economic activities – division of labor, production, pricing, trade, and exchange – have been structured in many different ways.

These practices usually involved accumulating wealth at the top. The rulers, nobility, merchants, money lenders, and industrialists (in later years) controlled and benefited from the wealth. Most everyone else was a peasant, or working class, and subsistence incomes were the norm.

Economic systems are social structures created by humans. Observing 18th century English practices Adam Smith concluded that competition, combined with supply and demand for labor, jobs, goods and services, controlled economic activity. Individual freedom of choice and self interest guided by the“invisible hand” of a competitive marketplace was more efficient and produced more wealth than government control (in his day monarchs and ruling elites). His views became the basis for the classical economics of today.

Even though times have changed, Adam Smith’s observations are still useful today. But they are not holy gospel.

His was a capitalism of small businesses, merchants, craftsman, and farmers. He could not have envisioned the power of today’s multinational corporations or of central banks like the Federal Reserve.
Nor was today’s casino capitalism, dominated by high frequency, computer-guided asset trading (primarily stocks and bonds) comparable to the world in 1776.

In today’s real world economy there are great disparities in economic power. Today there are a few winners and far too many losers. We need more win-win outcomes. As Adam Smith’s quote above suggests, optimal prosperity depends on peace, fair taxes, a modicum of economic justice. None of these exist in today’s economic structures.

Interest rates are an example of an economy structured around win-lose policies.

Currently an average one year certificate of deposit CD earns only 0.17 percent. The average 5-year CD is 0.31 percent. A saver is actually losing money when inflation is taken into account. The buying power of their savings is eroding faster than the savings are growing.

Retirees trying to live off their savings are especially hard hit by low rates of return. Retirees don’t need the risk of the stock markets. Other people trying to save for retirement, emergencies, buying a house, going to college or any other sensible goals, are also penalized for being responsible. People prudently managing their personal financial affairs are penalized while the spendthrifts, speculators, too-big-to-fail banks benefit.

These ridiculously low interest rates are created by humans. Currently the Federal Reserve has essentially 0% rates for loans to big banks.

For many years the Federal Reserve has kept interests rates low in an attempt to keep inflation low and to “stimulate” the economy. But inflation has not been a serious problem for decades.

Even though inflation has increased recently due to the disruptions of the pandemic (hitting an annually adjusted 5% in May) the historic long term average is a low 3%.

All this is supposed to stimulate the economy, create jobs and “raise all boats.”

This may work in theory, but after many years of low interest rates it is hard to see much serious improvement – at least for us peasants at the bottom of the economy.

Low interest rates do seem to “stimulate” the next speculative bubble. Real estate is an example. Low mortgage rates encourages more home buyers, which increases demand, and drives up the price of houses.

But low interest rates also allow speculators to buy houses to “flip” in the rising market or to rent out.

And when the bubble bursts, as in 2008, lots of people pay the price.

This contributes to the overall volatility and instability of the financial markets. Low interest rates allow borrowing for leveraged buy outs, selling short of stocks, and high frequency computer trading.

Some people make fortunes speculating in stock markets but most people are lucky if they break even with their meager 401K accounts. Low bank interest rates also push people to seek higher returns in the more risky stocks and mutual funds. This benefits the predatory financial services industry at the expense of ordinary savers.

Some economists refer to a “Goldilocks economy.” Not too hot or too cold, but just right.

We need interest rates low enough for businesses and consumers to borrow when needed, but also high enough for savers to get a decent return. We need balance. It should be obvious that extremes in any economic factor are not good. Stability is the optimal situation.

Adam Smith wrote about self-interest guiding the “invisible hand” of markets. But he also wrote we should “feel much for others and little for ourselves...that to restrain our selfish, and to indulge our benevolent affections, constitutes the perfection of human nature.”

We can manage the economy to have more “benevolent” win-win situations. I can remember a time when a simple bank savings account made 4-5%. Better rates are possible.

The FED could manage interests rates to balance the needs of savers and borrowers if it chose to do so.