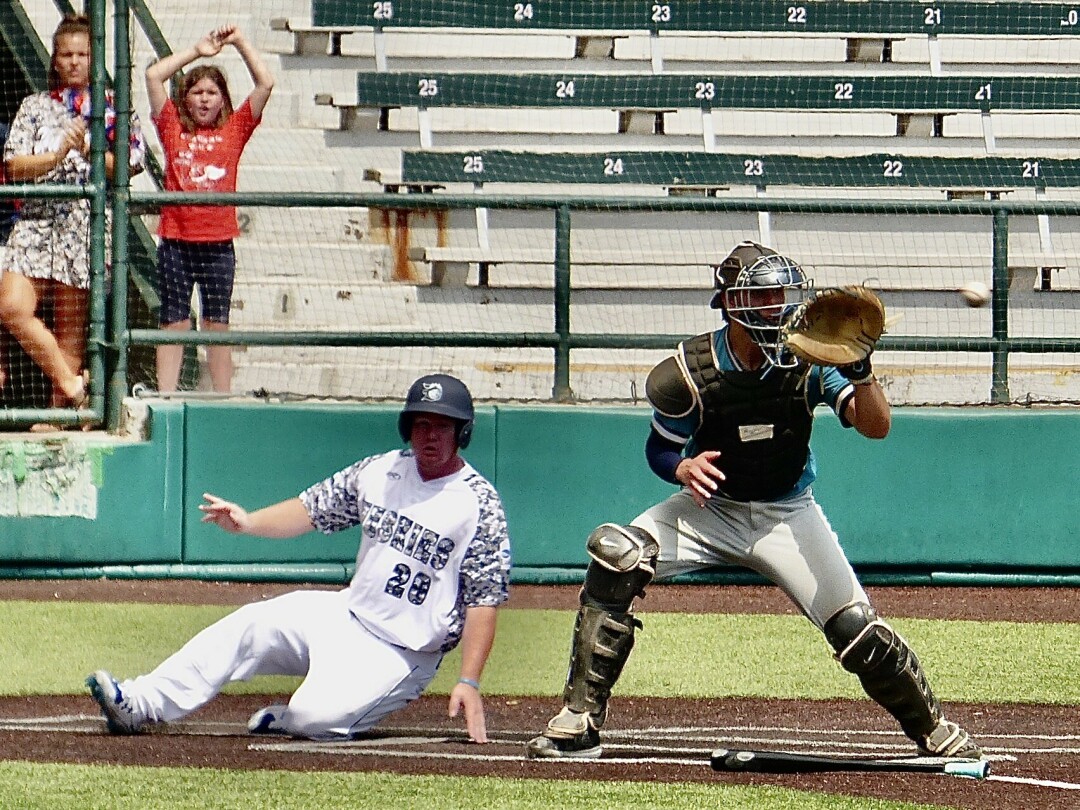 Summer in the Northland is an annual confluence of Fourth of July, baseball, and hot weather, which makes us a lot like everybody else in the United States. Only here, where we pay our dues through what seems like five months of harsh wintertime, it seems we look forward to summer more than in warmer climates.

This summer, of course, we had our summer in an incredible dose of mid-90-degree heat that drove us to find cars or houses or restaurants with air-conditioning to escape the sweltering heat.

Before I ever made it out to Wade Stadium to catch a Duluth Huskies game, my wife, Joan, and I drove on down to Big Top Chautauqua to cash in the two tickets our younger son, Jeff, sent from Washington state (talk about sweltering heat!) to celebrate father’s day, for me, and Joan’s birthday, which came one day apart. Jeff chose well, getting us tickets to see Garrison Keillor, the once-lovable public radio show architect who enthralled all who heard him for many years.

Before his tenure at public radio ended in a purge over rumored exploitive conduct, we had attended his shows in St. Paul and elsewhere. I felt an aging kinship to Keillor, because I am the same age, and we attended the University of Minnesota at the same time. Before the show, I spotted him behind the Big Top, talking over show plans, and I hustled over to stand there, quite obtrusively, until I had the chance to renew acquaintances with Garrison.

He remembered me, and asked if I hadn’t worked at the Minneapolis Tribune back in the day, and I told him I had. I also recalled when we played on the Minnesota Daily’s softball team, the Daily Dozen, when he was a lanky first baseman, and I was a shortstop with a live arm. I’d field a grounder, playing deep, and rifle a throw across the infield, thinking, “Please, God, let my throw hit his glove.” It did, and he caught the throws quite well.

So even at that captivating performance by Garrison Keillor, baseball forced its way into the conversation, right there with the 90-degree temperature.

If you get a chance to catch one of his shows, jump at it, because you get caught up in his monologue from Lake Woebegone that you’d swear he’s still doing his show. every week and hasn’t missed a beat.

It’s been a tough year for baseball, where both the Minnesota Twins and the Duluth Huskies could qualify for the Woebegone title. The Twins keep proclaiming that now they’re ready to make their move up in the standings, a proclamation that is immediately followed by a six-game losing streak, or thereabouts.

I went out to Wade Stadium to watch last Sunday, July 4, one day after the Huskies had been smoked 12-2 by the St. Cloud Rox.

I anticipated seeing them try to reverse that outcome, but instead, the Huskies were playing the Rochester Honkers, which caught me by surprise. The Honkers scored a couple runs off Will McIntyre, and led 2-1 when Eli Sundquist came out of the bullpen in relief.

Sundquist is a hard-throwing right-hander, whose shaggy hair flies in the breeze created by his full-body windup and follow-through. His fastball sings, and while he gave up a couple hits in the final three innings, he blanked the Honkers and struck out seven of the nine batters he retired. 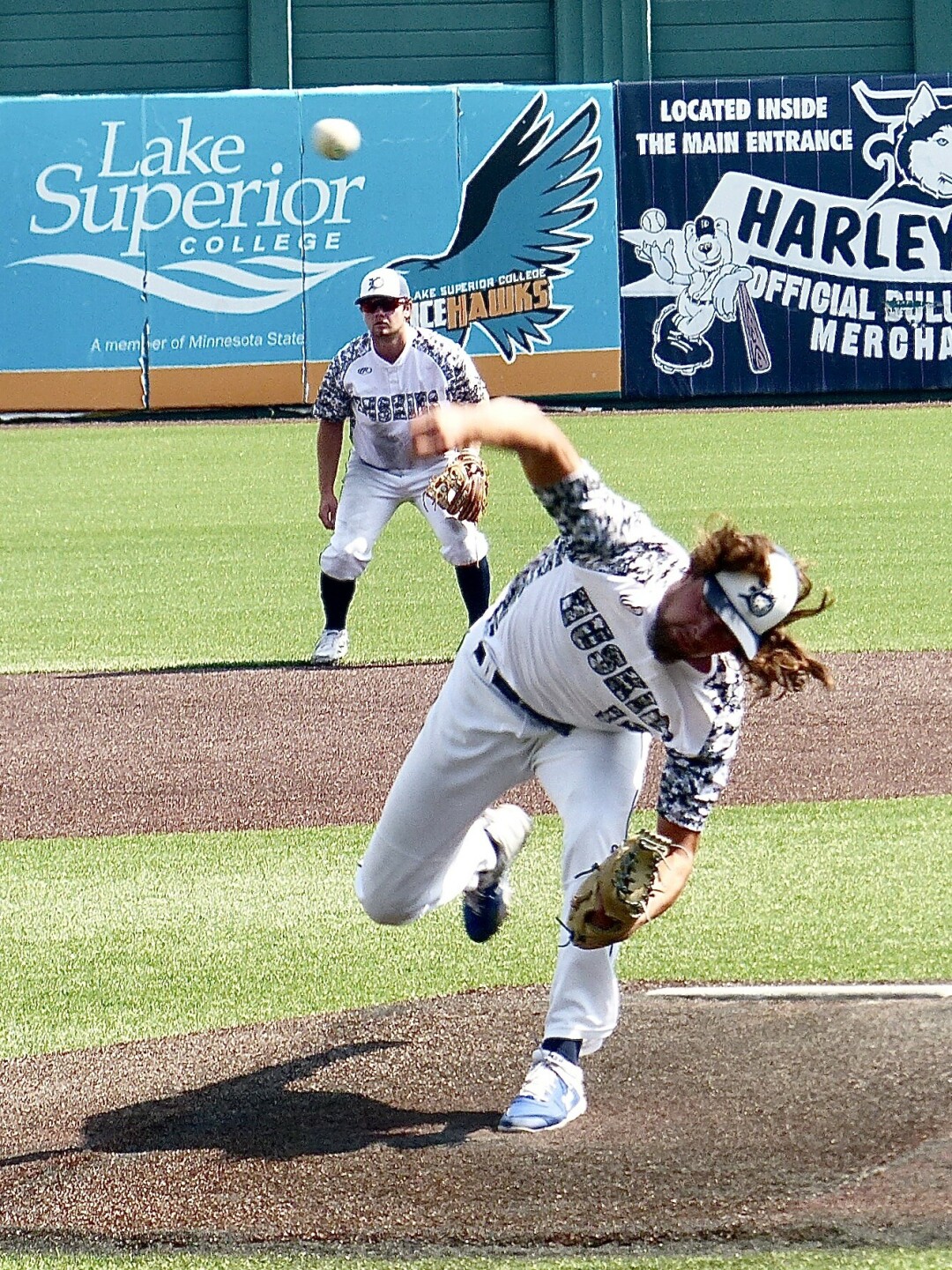 Eli Sundquist struck out seven in three innings of relief.

So starved for a victory were the Huskies that when Sundquist finished his 10th pitching task of the season with his seventh strikeout, the Huskies catcher leaped to his feet, started toward the mound, then whirled around and came back to shake hands with the umpire.

Now, umpires take a lot of grief these days, and much of it is deserved for inconsistent strike zones, but I can’t remember ever seeing a catcher shake hands with the plate ump after winning a game.

Meanwhile, out on the field, the Huskies have spent the season searching for some sort of internal leadership from one of the players, and it appeared they might have found that leader in Peyton Powell, who arrived on Saturday, late, because his University of Texas had played deep into the college playoffs, and made his debut playing first base in Sunday’s victory. He went 2-for-3, including a two-out, fifth-inning single that drove in two runners and lifted the Huskies to a 3-2 lead – their first lead of the day, leading to the final 4-2 winning score.

In the field, Peyton made a couple of impressive plays, and also made the play of the game when he whirled and sprinted up the right-field line to make an overhead catch of a pop-fly that looked like a sideline touchdown bomb in a football game after it at first appeared headed for a double.

A few hours later, the annual fireworks show over the harbor was spectacular, and this time added a natural background, because a front arriving over the hill filled the air with some real-world lightning flashes just as the show was getting under way before the throng down at Bayfront Festival Park.

But on Monday, the smoke had cleared for the last day of the first half of the split-seasonNorthwoods League  schedule, the Huskies were bitten by the ol’ good-news/bad-news bug.

Left-hander Caden Griffin had a no-hitter through the first four innings (the good news) as the Huskies took a 4-1 lead. But Griffin walked 8 (the bad news) and yielded one hit in the three-run Honkers fifth.
Huskies manager Paul Weidner blew up over a call at first base and was ejected, and his Huskies promptly gave up seven unanswered runs to lose 8-5.

The setback put the Huskies at 12-22 for the first half in the Great Plains East Division and trailing every other team from the other three divisions (more bad news), but with the end of the first half comes a 0-0 record to open the second half (more good news), and things can only go up from there.

As for the Twins, they need a little more sarcastic and cynical coverage from the likes of the Minneapolis Star Tribune’s Jim Souhan. In Sunday’s column, Souhan evaluated the Twins and said they didn’t have any players they could trade, saying that Jose Berrios was the only notable pitcher, and Kenta Maeda “has fallen apart,” and seemed worthless.

So Sunday afternoon, Maeda pitched a 2-hit shutout through six innings, retiring the last 13 batters, and striking out 8 and walking none as the Twins won 6-2 at Kansas City to end a contention-killing 5-game losing streak on the road.

The Twins came home Monday night and seemed to be designating rookie right-hander Bailey Ober as a human sacrifice against the White Sox – but Ober allowed only two hits over five scoreless innings, and got two home runs from Max Kepler and a 2-run triple from Nick Gordon to beat Chicago 8-5.

Sure, the bullpen threw its share of gasoline on the White Sox fire. Caleb Thielbar gave up a home run to Jose Abreeu, then struck out the side in the sixth before giving up three more runs without an out in the seventh, as the White Sox turned a 6-1 deficit into a 6-5 nail-biter.

Taylor Rogers put on a sparkling show to save the day for the Twins, striking out four of the five batters he faced, and retired. Kepler’s second home run secured the 8-5 victory.

But spare us the over-the-top optimism and just let us enjoy the games, free of the hassle of pennant fever. For both the Twins and the Huskies. 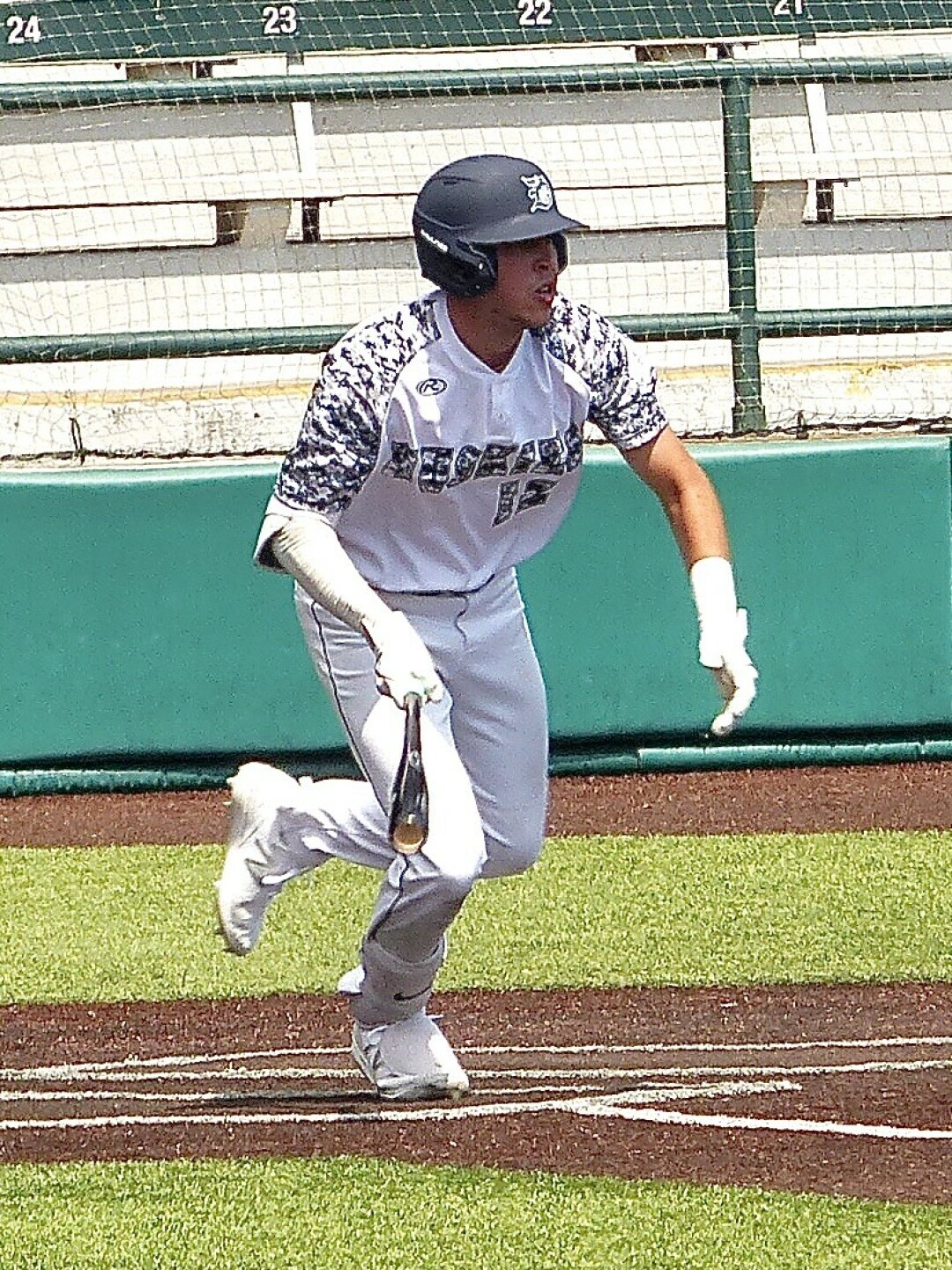 Peyton Powell rips a hard single to right to drive in two runs in the fifth inning and boost the Huskies to a 3-2 lead over the Rochester Honkers.