Myths and mysteries of sphagnum moss 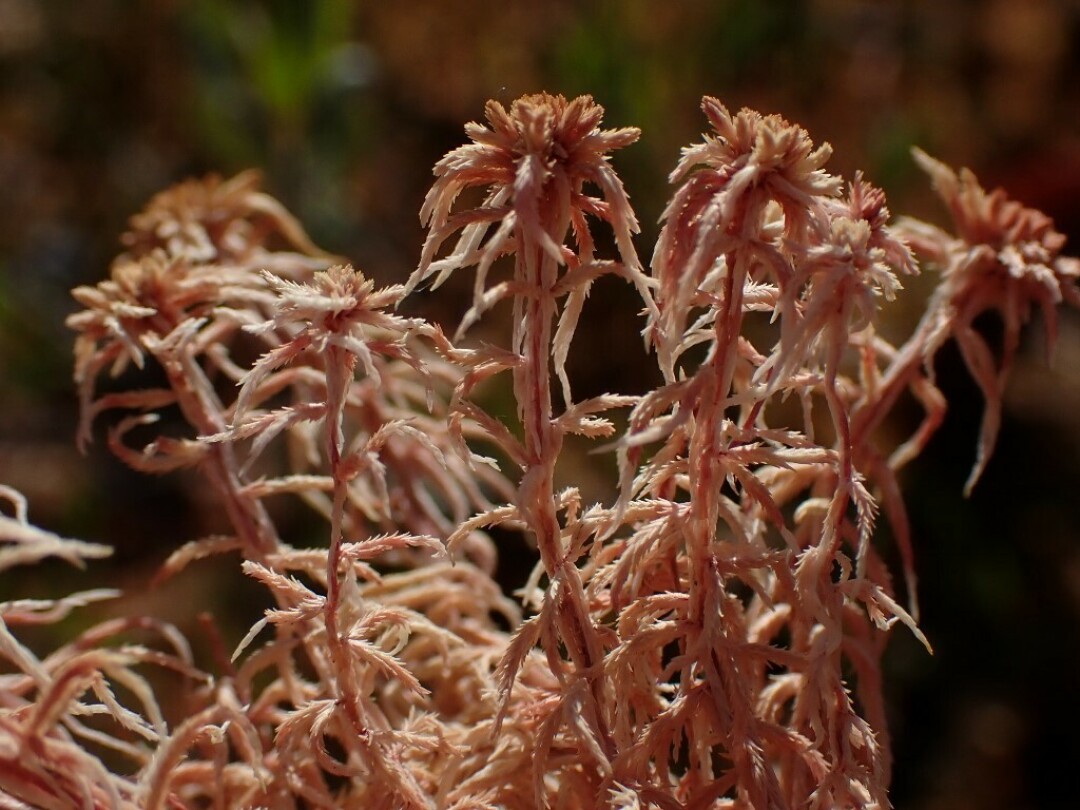 Sphagnum moss is a dominant part of bogs and fens. We now know that its dead cells, which hold water like a sponge, also house an incredibly diverse community of bacteria that provide the plant with essential nutrients. Photo by Emily Stone.

Cool water welled up around my ankles, and my feet reveled in the soft, woven texture of the bog mat as I set my muck boots next to a hummock of leatherleaf.

As a kid in Iowa, I loved squishing my toes in silky mud. Now I prefer the clean, spongy mosses of a northern bog.

I gave everyone along on the “Field Trip to a Poor Fen” the option to go barefoot, but most kept their boots on. They’d already had enough of an adventure just crossing the moat on a fallen log!

The Namekagon Fen State Natural Area is a true gem of beauty and diversity. I’m sure it’s no coincidence that it’s also difficult to access. In the thousands of years since the glaciers melted away, the basin where the fen sits has been filling with vegetation. Initially, the wiry stems of leatherleaf, an evergreen shrub, would have reached out in a tangle from the sandy shoreline.

Those plants formed a sort of scaffolding, and mosses, grown from spores blown in on the wind from refugia where they’d survived glaciation, soon grew thickly, too.

As moss threatened to bury it, the leatherleaf grew taller and reached wider. Dead plants built up, and more species arrived on the wind or the feet of ducks.

Eventually the basin filled in, with peat (poorly decomposed plants) forming a thick-but-floating mat across the surface of the pond. Along the edges, with the influence of warm rainwater trickling in, the vegetation decomposed, leaving an 18-foot-wide moat of open water between upland and mat. That’s what we crossed on the log.

I could barely contain my excitement once the group gathered next to one of seven large pools of open water that dot the mat. The open water indicates the presence of springs, and that groundwater influence is what makes this peatland wetland a fen instead of a bog. A true bog only gets water from rain and snow.

Both fens and bogs are filled with fascinating plants.

Pitcher plants, for instance, have dealt with the lack of nutrients in bogs by becoming carnivorous. They trap insects in their water-holding leaf, and then a large community of small aquatic creatures breaks down the meal, each taking their share of the spoils before the plant itself absorbs nitrogen and phosphorus straight out of the water. (You can read more about this and other carnivorous plants in my archived columns on my blog.)

Bog laurel, bog rosemary and black spruce, on the other hand, conserve nutrients by holding onto their tough, narrow leaves for more than one year.

And then there’s Sphagnum moss, the plant that makes those adaptations necessary. 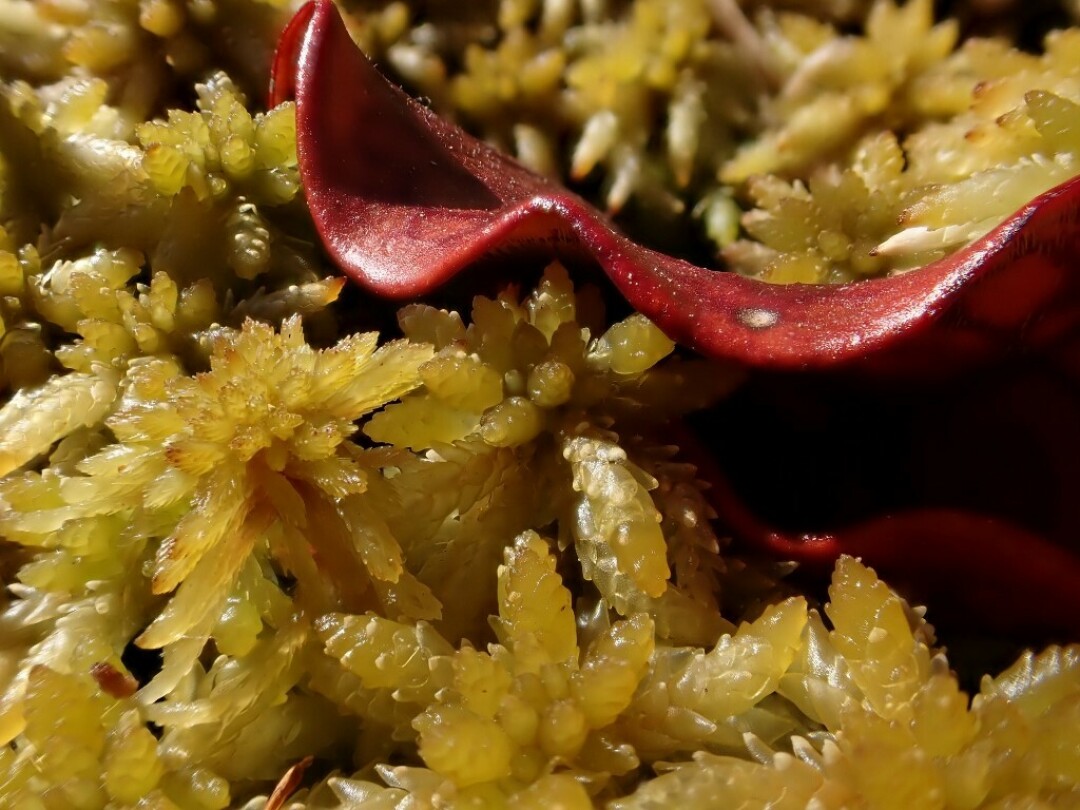 Sphagnum is a keystone species – one that has an outsized influence on its habitat. First it clambers out onto the leatherleaf scaffolding, and then it starts sending hydrogen ions into the water. These positively charged atoms (H+) displace positively charged nutrients (potassium K+, and calcium Ca2+) so the moss can claim them for its own growth. This also increases the acidity of the water.

Did you know that pH stands for the “power of hydrogen”?

The dead cells of Sphagnum moss, which make up all but the uppermost leaves of the plant, also hold water like a sponge. The wet, acidic environment that sphagnum creates slows down decomposition in bogs, and the lack of recycling leads to a lack of nutrients available for new growth, partly because few bacteria can be active in such a habitat.

As a young naturalist, I was taught that Sphagnum was used for diapers and wound dressings because of its absorbency, and because its acidity made it sterile.

Science has proved that only the first fact is true. With the new DNA sequencing techniques available to scientists, we now know that the hollow cells of Sphagnum moss are host to a thriving and unique community of microorganisms – bacteria mostly – who carry out a suite of essential functions.
Some bacteria get carbon from methane in the water and thus provide the moss with 20% of its carbon needs. Other bacteria grab nitrogen out of the air, and share it with their host. Many, if not most, of these bacteria are still virtually unknown and poorly understood. Plus, each of the 380 species of Sphagnum around the globe likely hosts its own distinctive microbial community.

It’s obvious to anyone who manages to cross the moat that the Namekagon Fen is a gem of beauty and diversity. Hot pink orchids glittered among lawns of pod grass and beak rush. Dragonflies and damselflies in a rainbow of colors darted among the plants, too.

It’s now strange to know, though, that some of the greatest diversity is probably in the sun-warmed, rain-soaked moss that squished up between my very happy toes.