Long and busy ‘Covidcation’ happily over for Jason Wussow 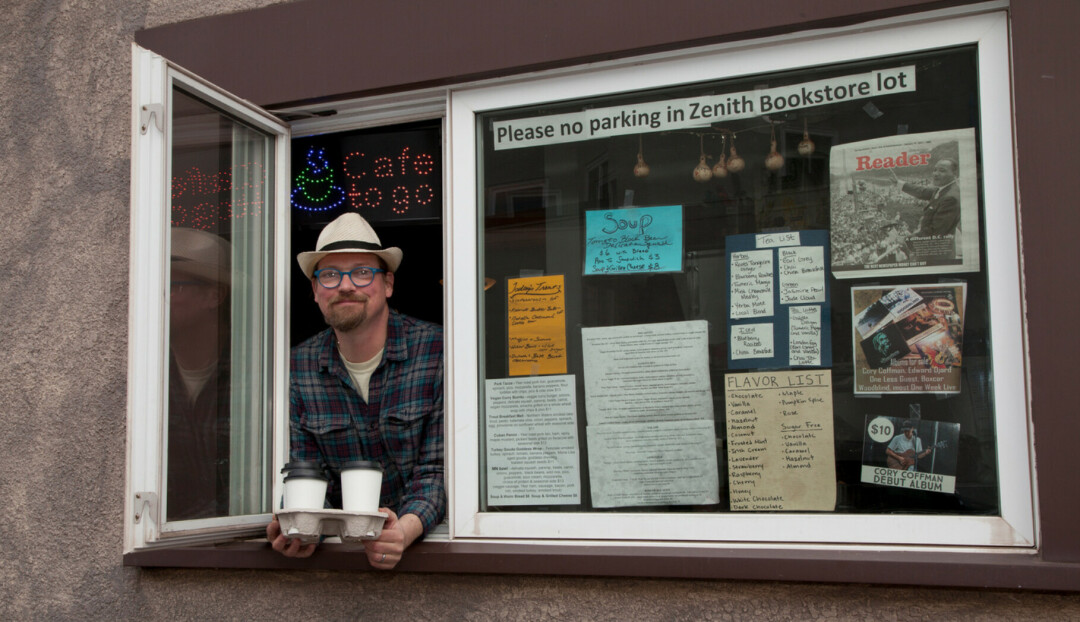 Jason Wussow of Wussow’s Concert Cafe found ways to reinvent his business during the lockdown, but he’s happy that live music is back. Photo by Roger LePage.

Jason Wussow jokes that he was just getting the hang of being an introvert when his world opened back up.

“I call it my Covidcation,” said the owner of Wussow’s Concert Cafe in West Duluth. “After being off for a year and a half, I was so used to my new norm, I didn’t even know that I wanted to go back. But after having Pete Fest (June 8-12) and seeing the place full, and just watching the joy of every music fan and the musicians on stage, it just brought me right back.”

Covid ended the music at Wussow’s on March 7, 2020, and live music did not return until June 2 of this year with an open mic.

During that time, like so many other small businesses during the pandemic, Wussow’s had to reinvent itself.

“We never used to do online orders, we didn’t have drive-through. No one ever would ever call and order food,” Wussow said. “When Covid hit, we took out a saw, cut out a cabinet, moved a fridge and we had a window, so we made a drive-through. We never used to do that, but people like the drive through. We thought we’d have all this time duing Covid, but we had to reinvent all the time.”

When the lockdown hit a year ago March, Wussow suddenly found himself with more time on his hands because he didn’t have to contend with the daily onslaught of details that are part of doing live music.

“It was like someone shut that tap off,” he said. “I usually was getting dozens and dozens of emails daily from musicians. Sometimes I’d have a dozen booking requests in one day. And then nothing. It’s frustrating how this thing is like a dream. As soon as the Governor said, ‘OK, no masks,’ it was like a switch was turned back on and I started getting emails from musicians again.”

With more free time, Wussow said he worked on developing the cafe menu, something he’d not had time for in the past.

“I focused on the food and got really excited about it and reinvented the menu,” he said.

It also offered the opportunity for Wussow and his staff to blast whatever music they wanted to hear because there were no customers in the store.

“I feel like I consumed more of other people’s music than in any other year of my life,” he said. “We all took turns picking music at work so I got to hear a whole bunch of new stuff that I’ve never heard.”

It was music that first brought Wussow, who grew up near Alexandria, Minn., to Duluth. The drummer in his high school ska band went to the UMD music school and Wussow followed a year later at age 19 with his other bandmates. He bought a house in Duluth.

“The band was breaking up and we were all going to college. I went to UMD jazz and studied with Billy Barnard (guitarist and professor of Jazz Studies at UMD) a little bit,” Wussow said.

But, ultimately, the collegiate life wasn’t doing it for Wussow and his bandmates.

“We didn’t like it,” he said. “Everyone dropped out and moved into my house, and we toured nationally for four years. “It was super fun. Good times.”

In March 1999, Wussow bought the building for his new music/coffee shop venue that he opened in July of that year.

“The food wasn’t as much as a focus but the music was, and we didn’t have alcohol at first. Now there’s beer and wine,” he said. “It was always a coffeehouse with music, more punk and rock in the beginning. It’s kind of aged with me, I guess.”

“I was like, wow,” he said. “Then I really got into the Minnespolis singer/songwriter scene. And then with the open mics, that’s where I met Charley Parr, Haley Bonar and Dave Simonett of the Turtles (as in Trampled by). So the first thing I wanted to bring back was open mic.”

“We just unlocked the door and didn’t even say anything,” he said. “Everyone just started coming in.

They must have been walking by every day, trying to come in. And all of a sudden, April 1, it was twice as busy than every other normal day. You’re stretching your team. Everyone’s having trouble finding people, but we lucked out. We had to add a night shift and we found lots of great people

“I felt really rusty when we opened up and did Pete Fest,” he said. “I’m doing sound for three bands with all my stuff, which I haven’t used in a year and half. My brain was so slow. Muscle memory had gone away. I had to clean everything, and I had to remember where I put stuff.”

One side hustle of the Covid lockdown may result in a benefit for some future acts at Wussow’s. Like many other musicians, Wussow and Veikkop Lepisto, his musical partner in the duo Woodblind, produced some online musical events.

“We had to produce them ourselves,” Wussow said. “I’m not a videographer or TV producer, but what else are you going to do? Everything takes so long. You think it’s going to be so easy but, no, it never is.”

But producing segments made him think of the many shows put on in his venue.

“I think there’s value to having good content online, and some people still don’t want to go out.” Wussow said. “My goal by fall is to do weekly livestreams. If we have the time, that’s my goal. It’s a hard goal.”

Also keep an eye out for the release of a stop-motion animation piece Wussow and Lepisto made. 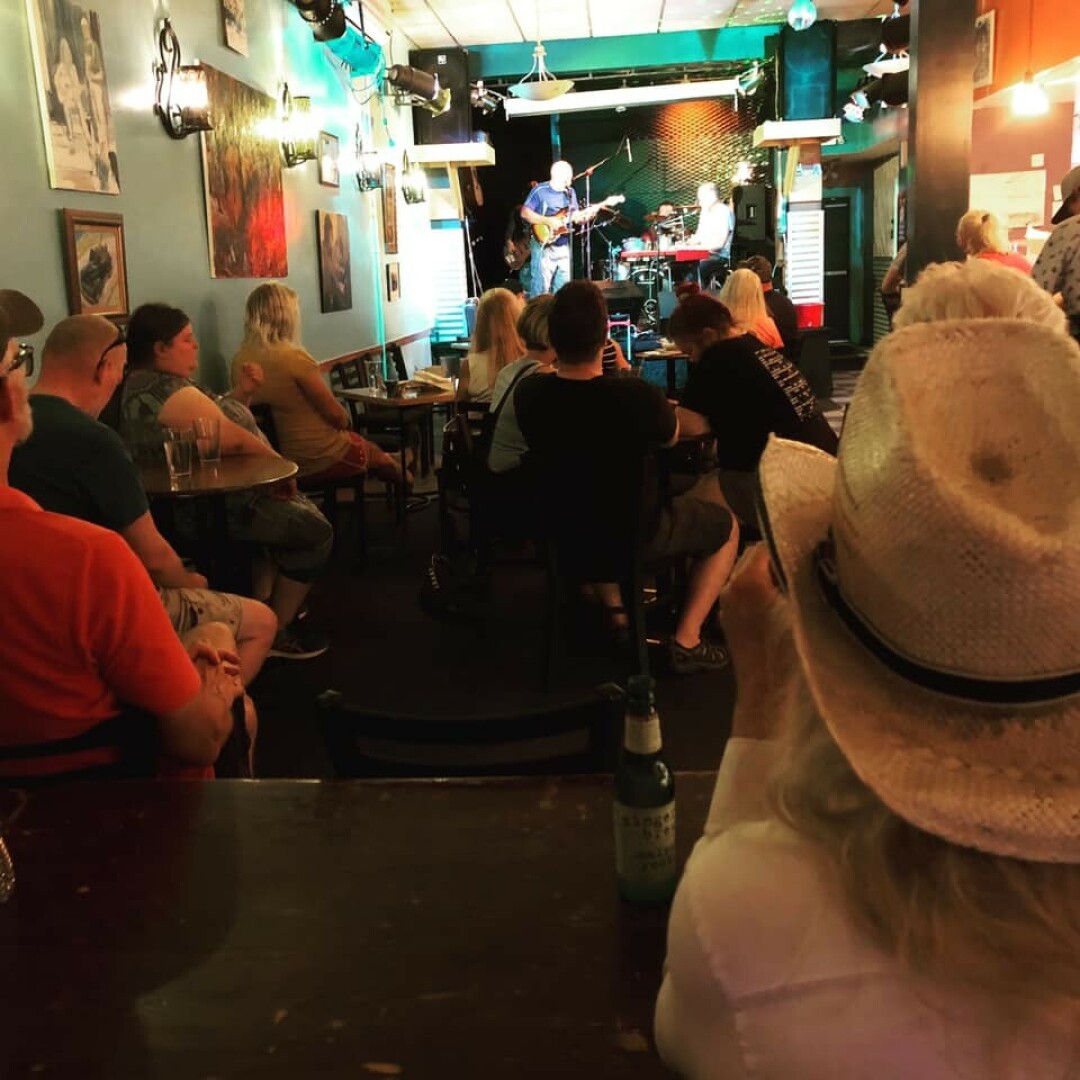