Twas’ the Stanley Cup eve and... 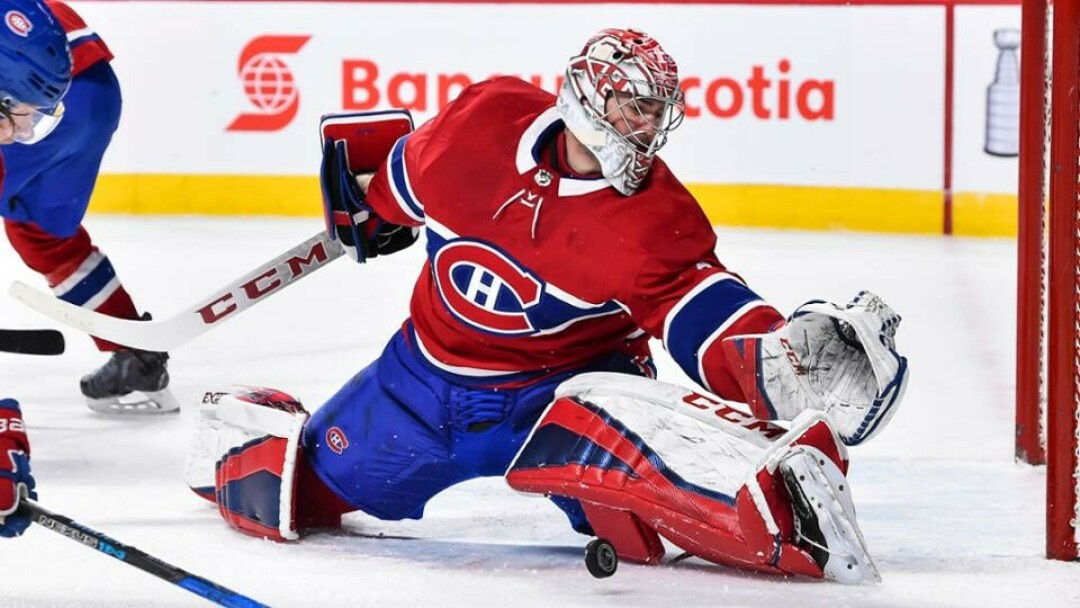 CARLTON PEAK - It’s Stanley Cup “eve,” and I’m already bouncing off of the walls. I literally just asked myself if I was going to get any sort of decent sleep tonight. I might; I likely will not. How many fans had the Tampa Bay Lightning and the Montreal Canadiens meeting up in the Stanley Cup Final? Not many. And thus far, no matter what Les Habitants do, no one has picked them to do much of anything. Yet here they are, about to go after that big beautiful silver trophy once again.

The Habs have won the Cup a record 24 times in their storied history. The Bolts are going for their 3rd championship. And don’t forget that they missed out on a chance to defend their 1st title (2004) due to the season-long lockout of the 04-05 year. No matter, the Bolts haven’t been around as long as the Montreal club, and at this moment, history doesn’t mean too much.

Montreal secured their berth last Thursday night with their win over the Vegas Golden Knights (3-2/OT-F, 4-2 series), while the Bolts got their ticket the next night by besting the NY Isles in a G7 1-0 win. With the weekend off before the start of the Final, all kinds of topics have come up for debate. There has been quite a bit of in-depth analysis about the series as well. But it all seems to come back in one direction; it’s the Bolts series to lose.

I understand. An honest analysis will show Tampa to have the better club relative to many factors and stats. But then, Montreal keeps winning when many fans and media still ignore that they are in the tourney and continue to bulldoze their path forward. If the Habs were a dynasty once (they were), they aren’t any longer. And there may not ever be any Montreal, NYI, or EDM style dynasties again due to the presence of the salary cap. So OK, perhaps having the championship spread out amongst different teams on a frequent basis is better for business. Or is it?

This afternoon was media day, and aside from player, coach, and exec Q & A sessions, there were many discussions about other hockey matters. Even though there seems to be a positive consensus about NHL participation in the 2022 Winter Olympics, the league has yet to confirm whether or not it will allow its players to compete. This IS one of the few things about Commissioner Gary Bettman that irritates the snuff out of me. He pontificates on this issue for all it is worth every four years as if his mind is perma-locked in an ongoing CBA negotiation that might not even exist at that given moment. It’s as if he can’t possibly mentally entertain the thought of giving up his frequently used bargaining chip, even when there isn’t any CBA negotiating going on.

And then, on the other hand, it seems like he derives joy from this. And if he waves his wand to allow for NHLPA participation, it’s as if he has just granted the biggest gift in all of the hockey world. So please give it a rest, Gary. These guys just kept your league floating for the last umpteen months under a lot of hardship. Let them and the fans have the Olys. The Pyeongchang games proved that Olympic hockey isn’t the same without the NHL players there.

Does anyone want to discuss officiating? Yes, lots of people do. For those that auto-whine about officiating all of the time, I send them to the back of the line first thing. Any diehard fan knows how hard of a game it is to call. Two themes come up every year in the tourney, though; one is that there seems to be a different standard applied to playoff games. And secondly, is that there appears to be no consistency. Furthermore, this seems to be the case season after season.

The most glaring problem I’ve seen in this playoff is the calls that weren’t made. Some thoughts here; I’ve seen enough crosschecking in my lifetime. And I am not interested in seeing anymore, in particular, the crosschecking from behind. It’s time to enforce it NHL. It isn’t hockey; it’s allowed brutality. And it’s a poor optic to sell the game with. Does MLB allow its players to strike each other with baseball bats? No.

I also get it that some calls aren’t made to protect the flow of a game. Too many glaring penalties (hooking, tripping, etc.) are ignored, though, which isn’t good for the game. Make the calls and force the players to adjust their game behavior. And above all, establish a standard that works for all, whether it’s the regular season or playoffs. Please.

WHAT ABOUT THE FINAL? Coaches; Tampa has one of the best in the game with Jon Cooper. The attorney-turned coach has an even-keeled approach to the game and a relatability factor that endears him to his players. Montreal dismissed veteran coach Claude Julien early in the season and brought in Dominique Ducharme. With no NHL experience on his resume, I wondered if he could assimilate into the league or not. It was uneven at first and improved. The team has responded to him and his staff well. Sadly, he has been out recently due to the NHL COVID-19 protocol. He can return for G3, but the team hasn’t missed a beat.

After the coaches, the biggest matchup in my mind is between the pipes. If you are a goalie aficionado, this series is tailor-made for you. The Bolts’ Andrei Vasilevskiy will face the Habs’ Carey Price. These are two of the best three netminders in the world. Both are at the peak of their games right now, and stats-wise, they are almost deadlocked. Vasy has a 1.99/GAA with a .936SV%. Pricey is at 2.02/GAA and .934SV%. Both players have defenses playing very well in front of them right now, along with solid team defensive structures. All I can say here is, “pick em’.”

In 18 playoff games, the Bolts have 58/GF and 37/GA. The Habs are at 43/GF and 37/GA in 17. Shots per game and shots against per game are a virtual dead heat. The Tampa PP is substantially better than the Habs at 37.7% to 20.9%. However, the Habs have gone 12 straight playoff games without allowing a PP goal and lead the league in PK at 93.5%. Tampa is at a respectable 83.0%. Some talk around Montreal is ensuring the series is played at five on five as much as possible. The Habs are two points better in the face-off circle.

In discarding the stats-angle, the Bolts seem to have a lot of a robotic flavor to their play. The Habs seem to be getting by on the skill they do possess, along with a healthy dose of emotion and savoir-faire. If Tampa wins, the “Big Guava” will be happy. If the Canadiens win, an entire country will erupt, even if they aren’t Habs fans. And in less than 24 hours, we will find out who will do what, with which to whom ... PEACE