Ruminations of a former wage slave 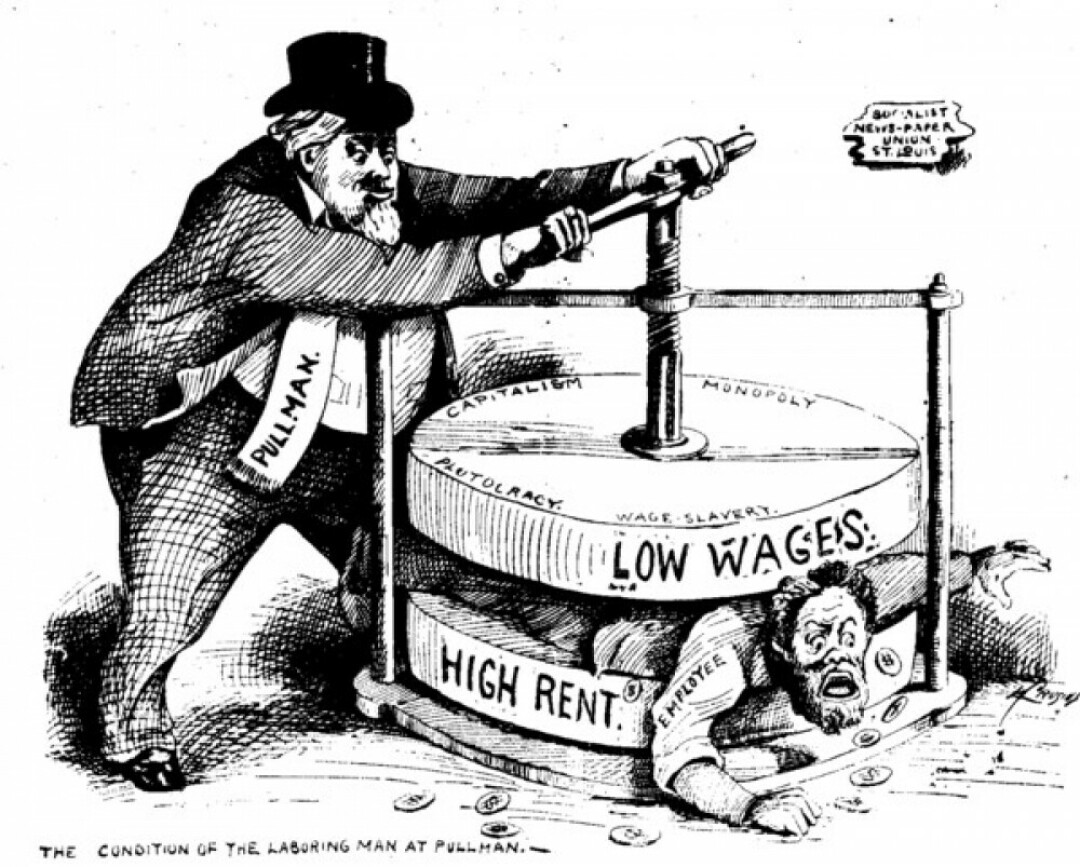 Recently our 17 year old grandson got a summer job. He will be making $12 per hour at a fast food restaurant.

When I first started working the minimum wage was $1.35 an hour. I spent half my working life getting up to making $12 per hour!

So $12 per hour for a kid’s part-time, first job is hard to fathom.

But the good old days are the memories of things that never were. Inflation has happened in the last 50 plus years.

When I started working the buying power of the minimum wage was about the same as $12 today (specifically $11.53). So the numbers don’t mean much.

Republicans for decades have claimed raising minimum wages would kill jobs, result in people being laid off, and hurt the economy.

This is not true and what is actually happening in today’s economy proves it.

When is the last time a fast food joint closed because of a minimum wage increase?

Very few jobs actually pay the minimum wage. According to the Bureau of Labor Statistics 1.6 million workers – or 1.9% of all hourly wage, non-self-employed workers – earned wages at or below the federal minimum wage in 2019.

Today fewer people are working for minimum wage and many traditionally minimum wage jobs are paying much more than the minimum. The sacred “free market” has been setting a de facto minimum wage some $4.75 an hour higher than the political minimum wage. So obviously raising the minimum wage is not going to crash the service sector of the economy. But it will help the $2 million workers at the extreme bottom of the labor force.

More evidence that increasing the minimum wage doesn’t hurt the economy comes from the historical record. During the 30 years from the establishment of a minimum wage in 1938 to 1968, Congress repeatedly increased the the minimum wage to keep pace with inflation and worker productivity.

As stated above, by 1968 the mini-mum wage was worth the equivalent of $12 per hour today. The 1950s and ‘60s were the golden age of working and middle class prosperity. Wages, rates of unionization, and standards of living hit all time highs during this period (at least for white males). Since 1973 the average worker’s income, adjusted for inflation, has been declining – especially for people without education beyond high school and people of color.

What actually hurts the economy is low, declining and inadequate wages.

In an economy dominated by consumer spending, obviously consumers need money to spend. When people have money to spend everyone does better. When people don’t have money to spend then “aggregate demand” declines and the economy slows down. Spending also has a multiplier effect. Any change in spending (by consumers, business, or government) cycles repeatedly through the economy and has a larger impact than the initial dollar amount spent (or not spent). Your spending is another person’s income. As money flows from person to person prosperity happens.

Economists tell us that today people need more than $20 per hour to have a “living” wage. An economist at MIT created a living wage calculator for various family sizes and locations. A Wisconsin family of 4 with 2 working adults needs $21.24 (per adult) to maintain basic family needs. This assumes both adults are working full time and have child care expenses. This figure does not factor in “extras” like money for saving to buy a house, saving for retirement, going out occasionally, taking vacations and similar “luxuries.” The calculator assumes the “living” wage is a minimum subsistence wage.

But minimum wages – like everything good for working people – is a socialist bugaboo for Republicans.

They have opposed minimum wages since the Fair Labor Standards Act in 1938 set the first minimum wage at 25 cents per hour ($4.60 in today’s dollars). In 2020, the House of Representatives passed an incremental increase to $15 an hour by 2025.

The Republican-controlled Senate refused to go along. So the federal minimum wage remains stuck at $7.25.

In my working life, I eventually moved on to better paying jobs. I benefited from union negotiated higher wages and better benefits. Before I retired, I did get above the $20 per hour living wage. Along the away I also benefited from unemployment insurance, government subsidized education, healthcare, and other “socialism.”

Now with Social Security, Medicare, a military retirement (100% pure socialism), and guaranteed pensions from the Wisconsin retirement system (not 401Ks) my wife and I are better off financially than anytime during our working lives.

Now our only financial problem is the lousy interest rates on savings! With certificates of deposit getting below half of one percent, and inflation about 3% (the long term average) we are loosing money by saving. Savers are supposedly the people who drive investment by making money available for business and consumer borrowing. But this has been the situation for decades. One wonders why?

Coming back to our grandson, we wonder if he will do as well in his lifetime. Probably not given all the greed, selfishness and lack of sense of community in our current society.

Certainly he will not have labor unions advocating for better wages, health care or retirement benefits.
It is obvious that the financial leadership of this country has rigged the game for the top 1%. Then there are all the social, political and environmental issues being ignored.

Like many younger people today, his future looks grim.

It should be obvious that we need an economy that works for everyone. People need to have enough income to live decently. People need a “living” wage. People need to have decent, affordable housing, health care, education and basic financial security. We need low enough interest rates to facilitate consumer and business borrowing, but savers need to get enough to be worth the bother. We need to have economic stability rather than constant growth or boom and bust volatility.

This is not just important to individuals. It is an essential foundation of everyone’s well being.
Senator Paul Wellstone said it best, “We all do better when we all do better.”