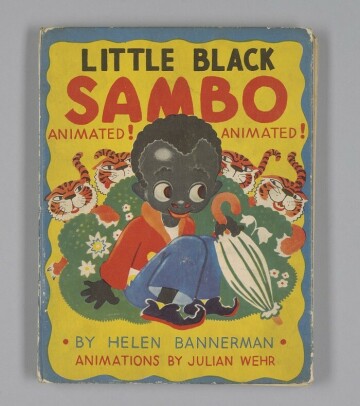 HecKKK, there’s no racism in the Divided States Of AmeriKa!

Although I lived on Highway 27 four miles east of Little Falls for my first 18 years, I didn’t learn until I was 89 that Highway 27 actually was constructed on top of an Indian trail that had been used by Minnesota tribes for thousands of years.

Isn’t it amazing that we probably learn something about our history every day?

I played cowboys and Indians in the hills near it, walked and rode a bike to country school on it, threw rocks at fence posts lining it to improve my baseball control, and crossed it to see my high school girl friend who lived north of it.

Thank you, Lakota, Dakota and Sioux for making the trail – and thanks to the historian who discovered the original trail.

Every day historians, archeologists, and scientists discover something new about where we live, how we live and how we survive on our planet. It’s absolutely necessary to know our real history to make decisions about our future.

It’s a historical fact we live today in the Divided States of America because of three reasons: ignorance, income inequality and race.

I learned very little about racism in the U.S. at District #54, Little Falls High School, and Moorhead State Teachers College, nor did I know much about Mr. Jim Crow, Hiawatha, Shylock, and the samurai.

I didn’t meet Mr. Jim Crow until I joined the Marine Corps Reserve in college and spent summers in training at Parris Island, S.C. near Yemasee and Beaufort. After college graduation Corky and I lived in Washington D.C. while I attended Officer’s Candidate School at Quantico, Virginia. Both segregated – but Mr. Crow played a minor role.

Then I was assigned to Camp LeJeune, North Carolina, the largest Marine base on the east coast. Although the Marines were integrated by Harry Truman, there were “white” and “colored” signs on practically everything: restrooms, restaurants, waiting rooms, bus and train stations and other “public” facilities.

There were no parks or swimming pools for Negroes. It would take a book to cover all of the hundreds of Jim Crow laws passed in former Confederate states in the last 160 years. Some states made it a felony to teach the alphabet and reading to Negroes.

I see one major difference today from the Jim Crow days of the past. We no longer have “white” and “colored” signs on public facilities. But we have huge economic signs over towns, suburbs, blocks, schools, neighborhoods and areas separated by streets, roads and railroad tracks in every state of our Disunion.

The racist attitudes have not changed much. The racists used to use rope to lynch blacks witnessed by as many as 10,000 white adults and their children. Postcards were made of the scenes and mailed to friends. One postcard pictured a black man lynched and burning. The postcard was sent with the notation that the sender had attended another “barbecue” on Saturday night. Now we lynch by Glock bullet, Chevy sedan, or Ford-150.

I see the Trumplicans have a new culture campaign subject: Critical Race Theory. They are against it because they say it teaches systemic racism. Actually they are opposed to schools teaching the history of the Divided States because they don’t want anyone to know the real history of racism and how they have supported it for 400 years of white supremacy.

The Republican Party has only one goal now: retaining white power.

If our society learns the truth about it’s role in sustaining racism, they will lose elections and power.
We have all learned lately of the horrors of the 1921 Tulsa massacre and destruction of 36 blocks of Negro property.

How would all the white supremacists pushing CRT respond to the Congressional testimony of 107-year-old Viola Fletcher who was seven at the time: “I am 107 years old and have never seen justice. I am here seeking justice. I will never forget the violence of the white mob when we left our home. I still see Black men being shot, Black bodies lying in the street. I still smell smoke and see fire. I still see Black businesses being burned. I still hear airplanes flying overhead. I hear the screams. I have lived through the massacre every day.”

Then she listed the long-term effects for the Black residents: “When my family was forced to leave Tulsa, I lost my chance for an education. I never finished school beyond the fourth grade. I have never made much money ... Despite this, I spent time supporting the war effort in the shipyards of California. But most of my life I was a domestic worker serving white families. I never made much money. To this day, I can barely afford my every day needs.”

That’s what 400 years of racism has done to minorities in this country. The teaching of the history of those 400 years is long overdue. In order to make sound decisions about our future we must understand what we went through in the past.

The truth may set you free – or put you in jail!

To show how Trumplicans want to use CRT, let’s review the case of two Black girls who were announced as 2021 valedictorian and salutatorian of West Point High School in West Point, Mississippi, a school about equally split between White and Black students. But, a couple of days after graduation, two White families insisted their children should have been named to the two top spots. They had proof. The grades of their students were more than equal to the winners.

Well, not quite. As principal of Fargo South and Fargo North for a total of 11 years, I have been involved in the selection of honor students. The fact – and history is, some grades are weighted differently.

As an example, an A in Advanced Placement Chemistry means a helluva lot more than an A in PE Golf, so it has more “weight.” An A in Calculus is weightier than an A in Home Crafts.

But, you see, the White “valedictorian” was a granddaughter of the town’s largest employer. So, it was announced in the local newspaper that there was a tie for the two honors between the two races – the weightier grades be damned!

After 400 years that’s still life in the Confederate States of America. That’s why I said at the beginning: The controversial story of Little Black Sambo is still alive and well as a story o f race.

It takes only one sentence to describe CRT

The acronym CRT originated in intellectual studies by several legal scholars four decades ago, namely Kimberle Crenshaw and Derrick Bell. After their academic scholarship they made the major point that white supremacy of the past lived on in laws and societal rules of the present. The legal group called it a theory. History and historians say it’s a fact.

It takes only one sentence to describe it accurately: A straight line runs from slavery, Jim Crow, and segregation to the second-class life so many Black Americans live today. Trumplicans and Republicans, the White Party, are using it because they are absolutely terrified of losing White Power – and they need to keep all people ignorant of historical truth about “real” history and systemic racism.

Scott Hennen, a local white power radio Klanner, says CRT “may be the most dangerous acronym in the history of the United States,” and quotes a friend who calls it “the biggest threat to America as we know it.” I wonder if his friend might be Mike Hulett, a Moorhead columnist Klanner who claims America is not “systemically racist.” The historical evidence is overwhelming – we are – but it has to be entered into the court of public opinion. The aim of the White Party is to ban all honest conversations and facts about race and sex in American classrooms so they can continue to con their ignorant racist base.

Here is the difference between Trumplican CRT and real history

The Mayflower landed on our shores in 1620 with people who wanted to escape communism, socialism and the welfare states in Europe. A cruise ship from Africa landed in Virginia in 1619, and 20 passengers were so entranced by the wealth and environment of Virginia they decided to stay and enjoy the freedom of America. We learned that in the 1619 Project.

The “Tourist Day” project at our beloved national capitol on Jan. 6 was so successful the Trumplican Party is planning to promote similar tourist days in the capitols of all the states to emphasize patriotism and the love of democratic government. I see a White tourist has been charged with threatening to take two Black congressmen to lunch on that day.

The first Reconstruction of government in 1876 after our uncivil Civil War ended in 1865 because all of the Black people who volunteered to pick cotton south of the Mason-Dixon line were given 40 acres of prime land and a mule for their efforts. In an effort to help Blacks develop their land to profitability, the Ku Klux Klan was created as a government nonprofit agency to assist them in this endeavor. The KKK also developed breeding programs for the mules so the land could be worked by mule teams. The second Reconstruction period is going on today, with changes in voting laws and legislative districts in 41 states to ensure that all fraud is removed from the voting process.

Chief Justice John Roberts in 2013 in Shelby v. Holder ruled that the election of Barack Obama absolutely declared there was no racism in America – so the Supreme Court disemboweled the Voting Rights Act. That’s why Republicans have tried to pass more than 500 laws to make it easier for non-whites to vote.

Words from a politician who lost his head to Henry XIII

I taught my senior English literature students Robert Bolt’s play A Man for All Seasons because it covered a key period in English history when Henry XIII was trying to get rid of his first wife Catherine because she did not bear him a son. He wanted to marry Anne Boleyn, a sister of one of his former mistresses.

Chancellor Thomas More, a man of great principle and religious faith, refused to help Henry get his divorce from the Vatican, so he was beheaded.

Bolt had Sir Thomas summarize his stand to his family: “If we lived in a state where virtue was profitable, common sense would make us good, and greed would make us saintly. And we’d live like animals or angels in the happy land that needs no heroes. But since in fact, we see that avarice, anger, envy, pride, sloth, lust and stupidity commonly profit far beyond humility, chastity, fortitude, justice and thought, and have to choose, to be human after all…why then perhaps we must stand fast a little – even at the risk of being heroes.”