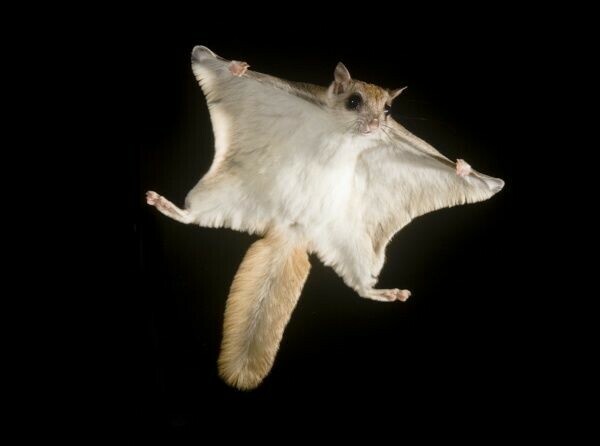 On June 19, the Duluth News Tribune reported that the flying squirrels are moving north. It cited a study that found southern flying squirrels moving north about 12.5 miles each year. “That’s really fast. Especially for such a small animal that doesn’t move around much, that has a pretty small home range, that’s a really rapid rate of range movement,” stated Michael Joyce, a wildlife ecologist with the Natural Resources Research Institute at the University of Minnesota-Duluth.

Acknowledging the impact of climate change, the southern flying squirrels have advanced north to Lake Superior while the northern flying squirrel has disappeared from most of the state. Much of the change or movement has taken place in the past 40 years.

While flying squirrels, moose and the lynx have been responding to climate change by moving to new habitats at a faster pace each year, you have to wonder why humans are not as proactive or responsive to the increasing number of climate events that are showing up around and in our city. When do we begin to really mobilize to address the current and future climate events that will un-doubtedly have a major influence on our quality of life?

Since the city council declared a climate emergency in March, it seems as if everyone is now waiting for the council to receive the climate plan in December. But while we are waiting, what could we be actively working on to address climate change over the next six months? How could the city government, local businesses and the greater community mobilize themselves to meet this growing and daunting challenge that’s facing all of us?

Margaret Klein Salamon, founder of the Climate Mobilization movement and author of Facing The Climate Emergency, has talked about the importance of acknowledging the truth about climate change and that we need an “emergency mobilization of resources to rapidly transform our entire economy and society.”

Climate Mobilization helped launch the Climate Emergency campaign, with the city of Darebin, Australia passing the first climate emergency declaration in December 2016. And in November 2017, the local chapter of Climate Mobilization in Hoboken, New Jersey, lobbied the city government to become the first U.S. city to declare a climate emergency. To mobilize is to be prepared and organized. To mobilize is to organize and encourage people to act in a concerted way. To mobilize is to bring resources into use to achieve a particular goal.

Is Duluth prepared and organized for this growing climate emergency? Has Duluth made a concerted effort to organize and encourage its citizens to collaborate and collectively address current and future climate events? Will Duluth bring all of its resources, talents and skills together to create a more resilient and sustainable city within the next nine years?

In his book Corona, Climate, Chronic Emergency, in referring to the future, Andreas Malm wrote, “It means learning to live without fossil fuels in no time, breaking the resistance of dominant classes, transforming the economy for the duration, refusing to give up even if all the worst-case scenarios come true, rising out of the ruins with the force and the compromises required, organizing the transitional period of restoration, staying with the dilemma.”

As the citizens of Duluth, are we willing to build a critical mass and begin to mobilize? Are we ready to live without fossil fuels and transform our local economy? Are we prepared to transform Duluth and organize the transitional period to restore our city?

It’s imperative that we look at everything in this city through the lens of climate change. We must put everything into context and identify how various climate events will negatively impact the quality of life within our greater community. Our best hope is that we build an informed citizenry who will demand that all city leaders and community stakeholders take climate change seriously and act responsibly in this moment.

How many more animals or species have to leave or become endangered before we face this climate emergency with our eyes wide open?