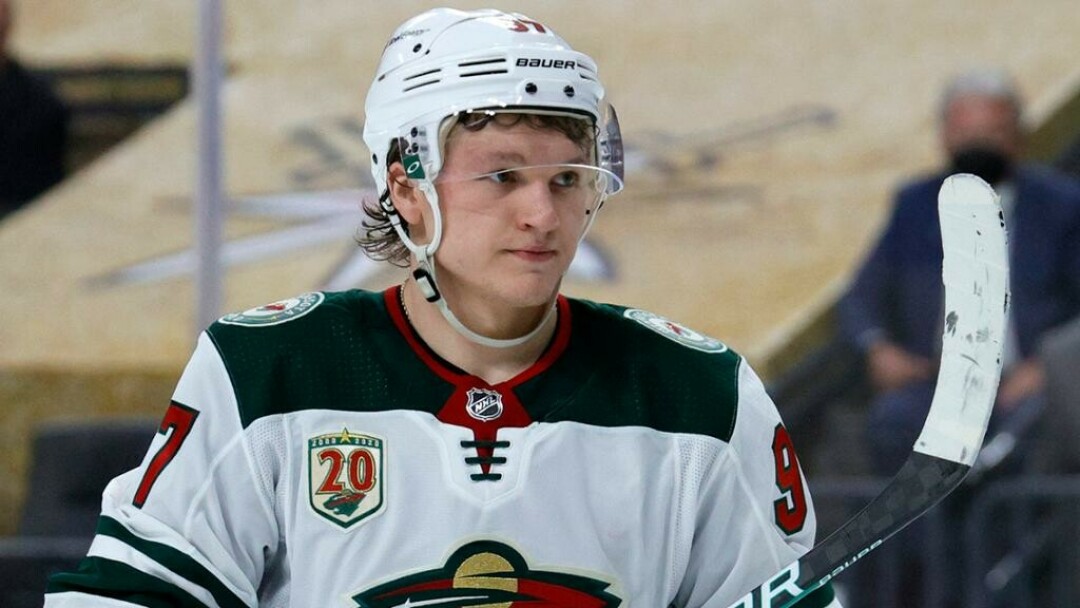 TOFTE – The NHL Stanley Cup tournament is well into its semifinals, with the NY Islanders and the Tampa Bay Lightning tied at two games each.

The Montreal Canadiens have a two-game to one advantage over the Vegas Golden Knights, with Game 4 taking place tonight in The City of Saints.

Before the semis began, my thoughts were that the VGK and the Bolts were the two teams likely to emerge and meet in the Stanley Cup Final. They weren’t the teams I wanted, mind you, but in making an effort to remove the emotion and actually use logic, they were the ones most likely to advance, I thought.

I harbor no hockey “grudges” against any of the four clubs still in play, and I’ve made no secret that the Canadiens are among my all-time favorites.

People occasionally ask me why that is. The only explanation is that in the very early ‘60s, there was a Sunday game of the week here in the states. As a little boy living in St. Paul at the time, I watched those games with much interest on a small black and white television.

With only six teams back then, you saw a lot of games with the same teams frequently. There would be one of the Canadian teams, the Leafs or the Habs, versus one of the four American teams.

When it was the Habs, they were exciting to watch and had some real characters on those teams. My favorite was Henri “Pocket Rocket” Richard. He was the younger brother of Quebec cultural icon and retired Habs player Maurice “The Rocket” Richard.”

Of course, it didn’t hurt that they were pretty good when I was growing up, too. But what got my attention was that the broadcaster often referred to them as the “Flying Frenchmen.” And they did indeed have a fast team and played an exciting style. I was also impressed with the knowledge and class of the French Canadian fans.

So, even after the NorthStars eventually made their entrance into the NHL in my beloved Minnesota, the Habs remained a hockey fave. Even though they haven’t won a Cup since ‘93 I still follow them and my boyhood sentimentality and emotional pull are very much present.

Can they oust the VGK from the tourney? Initially, I thought no, the VGK, if at their peak game, would prevail. Now? I very much believe the Habs can take this series.

Vegas isn’t getting much points production from its top three forwards; in fact, a lot of their scoring is coming from their backend. In G3, netminder Marc-Andre Fleury made a late-game gaffe that allowed Montreal to tie the game before winning it in OT. (I’m still a big Fleury fan).

The top four Hab D-men can handle Vegas, and when they can’t, all-world netminder Carey Price is there as the final line of defense. The Habs are getting timely scoring as well, especially from a young wunderkind from right next door, Wisconsin’s Cole Caulfield. This kid is exciting.

Tonight’s tilt will be huge, and if the Habs prevail, I like their chances of getting to the Cup Final.

For the Isles and Bolts, every time it has appeared that a team is getting close enough to Tampa to knock them from their defending Champions perch, they come out with their A+ game and swat down the egregious offender.

Is that what will happen tomorrow night? I can’t say, but I do know the Isles have shown they can hold down the Bolts, at least for a good part of a game.

Saturday night, the Isles went into the 3rd period with a 3-0 lead. Sure enough, the game was not over.

Before seven minutes had passed in the third frame, the Bolts had made it 3-2, and it was hang-on time for the Isles. They did, but not without some anxious moments, which included a near buzzer-beater tying goal from St. Paul’s Ryan McDonagh in the final moments of the game.

Only defender Ryan Pulock, backing up netminder Semyon Varlamov, was left to beat, and he prevented McDonagh’s shot from going in as the buzzer went off to end the game. It was a cardiac event moment for Isles fans.

My final feelings right now are this; I think Tampa has the best overall team left in the tourney. Can they reassert themselves against the Isles in G5 to set up a series clincher in G6?

As for the other series, I wonder if the Wild series (7 games) and the Avs series (6 games) took their toll on the VGK. That, and the Habs are playing quite well right now. Will the Habs appear in the SC Final for the first time in nearly 30 years? I can’t wait to find out!

CONTRACT DEALS usually are not easy in pro sports. But, add in a sports league with a salary cap in place, and they are on par with chainsaw juggling at a county fair.

The Minnesota Wild has an emerging player negotiation unfolding in re-signing the season’s pending Rookie of the Year, Kirill Kaprizov. With a lot of theory and opinion in play at the moment, it appears as if emotion is ruling the day. Most of that is coming from the fanbase and the public. It’s simply too early on in the process to get all wrung out over those things.

At the same time, this fanbase has endured a lot in its 20-season existence. It has had many Cup hopes and dreams, and all of them have been dashed so far.

And so, with last season’s glimpse of future glory in the making, Kirill Kaprizov, set to get the Rookie of the Year honors, it only stands to reason that the fans would get a touch of troubling news about his negotiations. And that news is that he might go back to the KHL.

You could hear a groan from Winona to Warroad when that news emerged. Is it for real? Maybe, but it could be a simple bargaining chip, of which the Wild seem to have more of than Kaprizov’s agent does.

So IF the kid wants to stay in the NHL, the Wild have a better bargaining position than Kaprizov.
He isn’t eligible for arb rights for the record, cannot sign with another NHL team, or accept any offer sheets. So the ‘K’ is the kid’s only poker chip. Would he want to go back to the 2nd or 3rd best league in the world? Why?

This kid was a breath of fresh air the Wild needed after its recent past. They have but one division title in 20 seasons, along with 11 playoff appearances.

Only one of their tourney trips yielded anything. In 2003 they went to the Conference Finals before being swept by a goalie wearing equipment that was allegedly bigger than a single car garage.

At the end of the day, will Kaprizov sign to stay here? I hope so.

Will it be the deal (long-term) that the club wants? That’s gonna be stickier than a melted Popsicle on a mid-July sidewalk. Stay tuned. PEACE