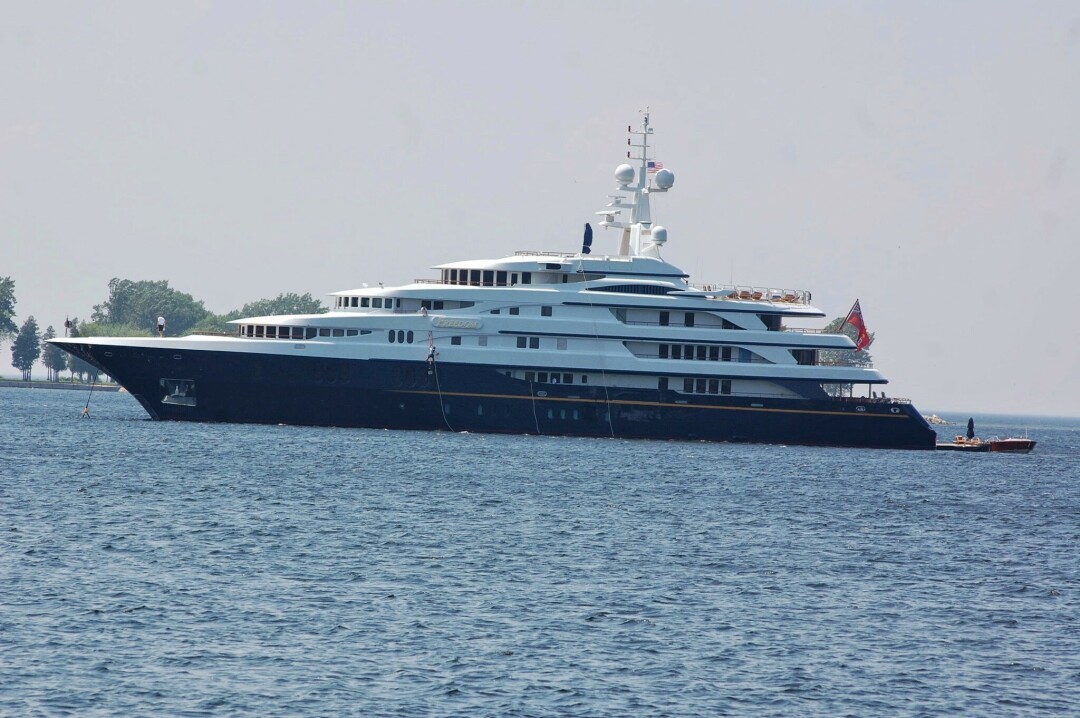 When will money talk  for the very last time?

I have never been a country music fan, but I have been a country “poet” fan for decades. As a vocalist, I have sung solos, in duets, trios, in male and mixed quartets, in madrigals, and in church, high school, and college choirs. I also sang in a mixed quartet called the Winter Wonderland Quartet and traveled for a year in a show WCCO’s Cedric Adams put together with Miss America Bebe Shopp of Minnesota.

I have never liked the whiny, rednecky, wheezy, hillbilly, calling-pigs-kind of voice. But Johnny Cash, Woody Guthrie, Bob Dylan, Garth Brooks and others have written great American poetry-songs. Garth Brooks in “We Shall Be Free” has expressed what we should believe in for our now Divided States of America (edited for brevity):

Homo sapiens have been trying for about 300,000 years to reach the nirvana Brooks is singing about in his song, screwing up from caves and clubs to Egyptian pyramids and Aztec sacrifices to Rome and Christian-eating lions on the way to an earthly paradise.

For the last 1,000 years from the Battle of Hastings we have tried feudalism, communism and capitalism trying to get to “we shall be free.” Our chances on reaching nirvana before our planet becomes too hot to be habitable are lessening by the moment.

During the feudal period certain humans claimed God gave them a “divine right” to rule. So in order to actually run entire countries, kings chose “nobles” to dominate an area. The nobles paid off knights to protect them.

From their moated castles and manors they ruled the peasants who grew the food and supplied the labor for the operation of the “estate.” Peasants were worked so hard most of them died before the age of 30. Sometimes they objected to their slavery, bringing about the Magna Carta and other protests. The nobles of the land were still judge and jury over life and death.

After feudalism came the various industrial revolutions, from the cotton looms to the black oil replacing the whale oil used for centuries. John D. Rockefeller, Cornelius Vanderbilt, Andrew Carnegie, J. P. Morgan and others entered and won the cross-country sweepstakes to economic and political power.

Then, when the Wall Street bull transmogrified to a bear cub, causing men to go splat on Wall Street sidewalks, we slipped into a Great Depression. We climbed out because a white supremacist named Adolf Hitler forced us to build ships, planes and tanks with borrowed money.

After the war we raised income taxes on the rich, educated veterans with the GI Bill, built a new middle class with the power of unions, and started to work on the dreams in “We Shall Be Free.” Perhaps what was good for General Motors was good for the country.

Then came that great budget balancer Ronald Reagan who cut taxes, remodeled old battleships that were never used again, played a great president on TV, tried to turn ketchup into a vegetable, told the Russians to tear down the wall, and destroyed unions by the dozen, thus beginning the destruction of the middle class that continues to this day.

By the way, he never balanced a federal budget, even if it was written on the 3x5 cards that filled his pockets.

Well, here I go again – picking on him. His main economic theory of supply-side economics because of tax cuts has never worked. But money, like Brooks wrote, always talked to him.

Then Disaster Capitalism proved that nothing succeeds like excess

In 1945 Sam Walton, a former employee of J.C. Penny, bought an old Ben Franklin store in Bentonville, Arkansas, and turned it into one that sold all kinds of different stuff. He sold items for a penny, dime or quarter less, hoping to garner the “market.” He succeeded.

His family is now the richest in the world, with 10,526 WalMart and other “banner” stores in 24 countries employing 2.3 million workers, with 1.6 million in the U.S. alone. (Shucks, I wish I would have thought of that. I was a J. C. Penny clerk in 1948-50 in Little Falls while in high school.)
Such success has proved to be a disaster for millions of small businesses.

To make a long story short, middle –class store owners and managers were forced to become WalMart shelf stockers and greeters in many cities and towns.

During this time factory farms were developing, particularly in meat and dairy. Now about six corporations dominate meat. There are mega-dairies across the country that dominate the milk and cheese business.

I will use Riverview L.L.P. based in Morris, Minn., to give some idea of how they dominate the milk market. Riverview presently owns 92,000 milk cows – and 60,000 of them are in Minnesota. It owns nine huge dairies and is building more. These dairies use carousels to milk 106 cows at once on the merry-go-round that operates 22 hours a day. Cows are trained to step on the carousel and records are kept of each milking. The automatic milking takes seven minutes.

(I and my four brothers and sisters milked 20 Holsteins every morning and night! I wonder how they wake a cow up for milking at midnight…)

Riverview has bought 70,000 acres of land in the Willcox Basin in southeast Arizona, where it is raising 70,000 Jersey cross heifers to become milk cows for their dairies around the country.
When full, one Arizona operation will have 9,500 cows milked daily, 14,000 calf hutches filled with two-day-old to 90-day-old calves, and 120,000 heifers.

Each Riverview dairy produces 25 new calves a day. Each milk cow drinks 30 gallons of water a day, and Arizona is not swimming in water. The 9,500 cows at one dairy fill an Olympic-sized pool with manure every three days. That’s also a problem.

From Disaster Capitalism we are moving to Dominionanation

Every citizen should read President Franklin Delano Roosevelt’s State of the Union address of January 1941 to re-discover what democracy is all about.

His “Four Freedoms” of freedom of speech and worship and freedom from want and fear come from that speech. He elaborated on the four: “Certainly this is no time for any of us to stop thinking about the social and economic problems which are the root. They are (1) Equality of opportunity for youth and for others, (2) Jobs for those who can work, (3) Security for those who need it, (4) The ending of special privilege for the few, (5) The preservation of civil liberties for all, and (6) The enjoyment of the fruits of scientific progress in a wider and constantly rising standard of living.”

Brooks must have read the speech and copied the freedoms to write his song.

The COVID-19 pandemic has sud-denly exposed our shocking lack of a social and economic safety net for those who suffer from want and fear. Money is still talking and millions are walking behind while the richest One Percent have gained $7 trillion in wealth from the beginning of the pandemic to the end of December 2020. The richest 15 Americans have gained $400 billion in the same time.

In that time the bottom 20% of counties have experienced death rates 67% higher than the top 20%. Black Americans have died at more than twice the rate of whites. The richest 5% of households own two-thirds of the nation’s wealth.

History has already taught us that oligarchs (Bezos, Musk, Buffet, Gates, Zuckerberg and others) are almost impossible to eliminate except by war or violent revolution. Individual extreme wealth inequality is a major threat to our very flimsy democracy.

Former Supreme Court Justice Oliver Wendell Homes had it right in 1927: “I like to pay taxes. With them, I buy civilization.”

Very few of our millionaires and billionaires have taken the time to learn that lesson of successful civilizations.

We have now entered the next phase: Dominionnation

OK, so I’m coining a new word. But the pandemic has closed thousands of stores in the world while maintaining and creating mega-corporations such as Apple, Google, WalMart, Facebook, Target, Microsoft, Tesla and Amazon.

UBS claims U.S. retailers will probably close thousands of stores after the pandemic runs its course because shoppers will continue to use e-commerce sources instead of going back to malls. Foot traffic in malls has fallen 30% in the last year. UBS says the U.S. will lose 81,000 stores in five years, and in the worst possible scenario, could close 150,000.

Meanwhile the Senate is holding a hearing about taking anti-trust action. But, with the fact that it can’t even name a post office in this political climate, any action would be shocking. Amazon will soon be a $2 trillion company while WalMart will improve its daily sales of more than $1 billion. Ultra-large corporations will continue to dominate legislatures, presidents and prime ministers, and even supreme courts in the U.S. and Europe.

That’s why I have combined the words “dominion” and “nation” to describe what our freedoms are facing. Unless we figure out how to tax wealth and labor instead of just labor, the freedoms that FDR and Brooks have spoken and sung about will never come about.

FDR concluded his four freedoms speech with these lines: “A good society is able to face schemes of world domination and foreign revolutions alike without fear. Since the beginning of our American history we have been engaged in change – in a perpetual peaceful revolution…without the concentration camp or the quick-lime in the ditch. The world order which we seek is the cooperation of free countries, working together in a friendly, civilized society.”

Well, we are generations late in gaining freedom for all because we have been buying superyachts, mansions and trips to space and Mars instead of paying every worker a living wage and an adequate safety net. That’s where freedom really exists.