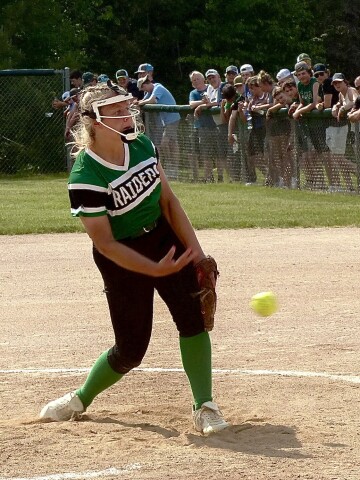 It seemed pretty straightforward as a sign that our lives are heading back toward normalcy. A friend in Chicago made a posting on social media about heading for Duluth this weekend to run in the Garry Bjorklund half-marathon part of Grandma’s Marathon weekend, and wondered about suggestions of good places to eat.

Then it hit me that there were none of those messages last year, because Grandma’s went the way of all the other major event cancellations due to the COVID-19 pandemic. No, the pandemic is not over, and we should still use caution mingling freely in large groups, but we have been cleared to resume some normal things. This weekend’s Grandma’s Marathon is back and running, albeit under close watch and some restrictions.

It is a huge event, the biggest attraction of the summer in Duluth, and those of us who have been watching it grow and become an elite event are properly appreciative. In that vein, I wondered if my friend knows anything about the namesake of her race – Garry Bjorklund – and his contribution to one of the most amazing stories in sports history, right here on the North Shore of Lake Superior.

Scott Keenan had gotten the idea for a marathon started, and one of the stars of the early runs was when Bjorklund, a star mile-runner from Twig, who ran at Proctor High School and then the University of Minnesota, expanded his mile-running brilliance to distance running and he came home to win the first Grandma’s in 1977, clocking 2 hours, 21  minutes, 54 seconds. In 1980, he won it again, that time setting an event record with a time of 2:10:20.

The next year, he was not prepared to run it again, but entered late and hit the Hwy. 61 asphalt just this side of Two Harbors to compete with Dick Beardsley, another skilled Minnesota distance runner. The two pulled away from the field and waged a tremendous duel, reaching exhaustion and going beyond it. Beardsley won the 1981 Grandma’s in 2:09:37, pulling away at the end to leave Bjorklund second, at 2:11:31. 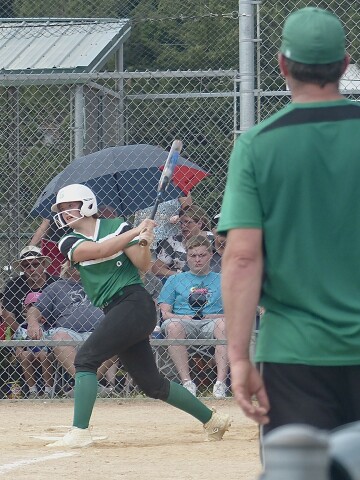 The thing that makes that finish historic is that following 1981, marathon running became more popular, and every year, East African runners, mostly from Kenya, who grew up running several miles to and from school as a daily way of life, came to Duluth to run in one of the top dozen marathons in the U.S. They were slim and built for speed, and year after year we all thought that while we didn’t know which Kenyan would win, one of them would surely break the record.

Seven years ago, in  2014, it finally happened. Dominic Ondoro, from Kenya, covered the 26.2 miles from Two Harbors to Canal Park in 2:09:06 to break the record. But it had taken until the 37th running of Grandma’s Marathon for the hundreds of elite marathon runners from Africa to break the record set 33 years earlier by a home-state Minnesotan, who was pushed to the ultimate by a hometown Minnesotan. Maybe that should be recalled as the Miracle on Highway 61.

After Ondoro put his name atop the record book, his countryman, Elisha Barno, won three consecutive Grandma’s runs – another impressive feat – although his fastest time was 2:10:38 in the first of his hat trick, and that time did not beat the times of either Beardsley or Bjorklund.
We’re spoiled now, but as you watch this weekend’s marathon, but watch and see if any of the hired-gun elite imports can break 2:10.

It happens often in regional sports, that a team has an outstanding record against other area high school teams, but when it ventures down to the state tournament it runs into super-teams from the Twin Cities and has their dreams shattered, often by lopsided scores.
Well, Greenway of Coleraine went undefeated through the softball season, and through the Section 7AA tournament to take a 25-0 record to this week’s state tournament. And whatever happened at Mankato can’t detract from the Raiders fantastic season, capped by beating Proctor, its new section rival, in a 7-4 championship showdown at Cloquet’s Braun Park.

During the regular season, Greenway had handed Proctor its only defeat, rallying from a 4-run deficit to win 7-5 in extra innings. Proctor wound up seeded No. 1 and Greenway No. 2, but that didn’t matter to the Raiders, who went to the final while Proctor had to come through with three victories after losing once, to reach the final. That was a showdown of sophomore pitching standouts, Maddie Walsh of Proctor and Miranda Gernander of Greenway.

The Raiders jumped early, taking a 4-0 lead in the first inning, ignited by two walks and four hits, the most damaging a double by Abby Gustason over the center-fielder’s head to drive in two. Gustason went 3-for-3, saving her second double for the final run. It was rare to see a team smack solid hits off Walsh at the start, but she settled down and harnessed the Raiders after that, until a 2-run fifth made it 6-0. Gernander, meanwhile, was at her consistent best, blanking the Rails until the top of the sixth, when they scored four times to cut the deficit to 6-4.

The Proctor rally came despite two spectacular plays by Greenway shortstop Claire Vekich, who is a senior heading for Bemidji State on a Division 1 hockey scholarship. With the bases loaded, a hard grounder toward center, but Vekich darted to her left and snared the ball with a headfirst dive. She recovered and tossed a hasty backhand throw to second, but the throw couldn’t be handled amid the chaos and a run scored to make it 6-1. Gernander hit Payton Rodberg with a pitch, forcing in another run – 6-2. With two out, Mckenzie Gunderson hit a hard grounder through the hole between short and third, and Vekich, her uniform covered with the dirt from her previous dive, ranged far to her right and made a superb backhanded grab, but when she whirled to throw, she realized there was no chance, as a run scored and the bases remained loaded.

Greenway head coach Kerby Gernander is Miranda’s mom, while her top assistant is Mike Vekich, Claire Vekich’s dad, who has worked with the Raiders players all the way up. What works out best is when Kerby Gernander counsels Claire Vekich, and Mike Vekich offers calming words to Miranda Gernander. Mike Vekich made his second trip to the circle during that sixth-inning eruption to make sure the Raiders sophomore pitcher was in complete control, after she had walked in another run to close the gap to 6-4.

She got out of the jam, and Greenway came up in the last of the sixth. Better than counseling, after Lexi Hammer and Miranda Gernander were retired by Walsh, Claire Vekich beat out a grounder to short, then stole second. It was then that Abby Gustason drilled her second double, and Vekich scored a huge insurance run. Gernander retired the Rails in the top of the seventh, and Greenway was on its way to state. 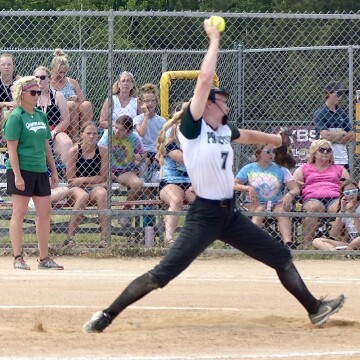 It came as shocking news that Roger Hanson, one of Duluth’s greatest basketball players and ambassadors, died last week from cancer. Roger was a great friend of mine, even as he headed for basketball while I took off after hockey. Roger was a star guard on the undefeated 1961 Duluth Central state basketball championship team, when he teamed with Terry Kunze as the greatest guard combination in the state’s history. The Trojans also had Dan Howard and Chet Anderson on that team, which was bound for greatness.

Kunze, the flashier ball-handler of the two, went on to play at the University of Minnesota and later with the Minnesota Muskies and Pipers in the American Basketball Association. Hanson, less-spectacular but more consistent, went to UMD where he was a four-year standout for Norm Olson. Both of them could shoot. Kunze made his angular drives and jump shots from everywhere, while Hanson drilled the most flawless jump shots you could imagine. When Roger sent the shot on its way, you never took your eye off it and more often than not, it didn’t “swish” so much as making a sudden “pfft” as it barely rippled the net.

Roger and I saw each other more when his grandson departed from the family heritage and played hockey at Duluth East, and I’d see Roger at the games. Whenever I went to Romano Gym for a basketball game, I’d see Roger sitting near the door and I’d sit with him so we could catch each other up on what was going on in our lives. He’d had some surgery that caused him to walk with a cane last time I saw him, but I didn’t see him this past season, curtailed as spectators were at UMD events, which undoubtedly why I never knew he had engaged cancer in a futile fight. Too bad you can’t beat that horrible disease with a jump shot. Particularly the most beautiful jump shot in Duluth history.