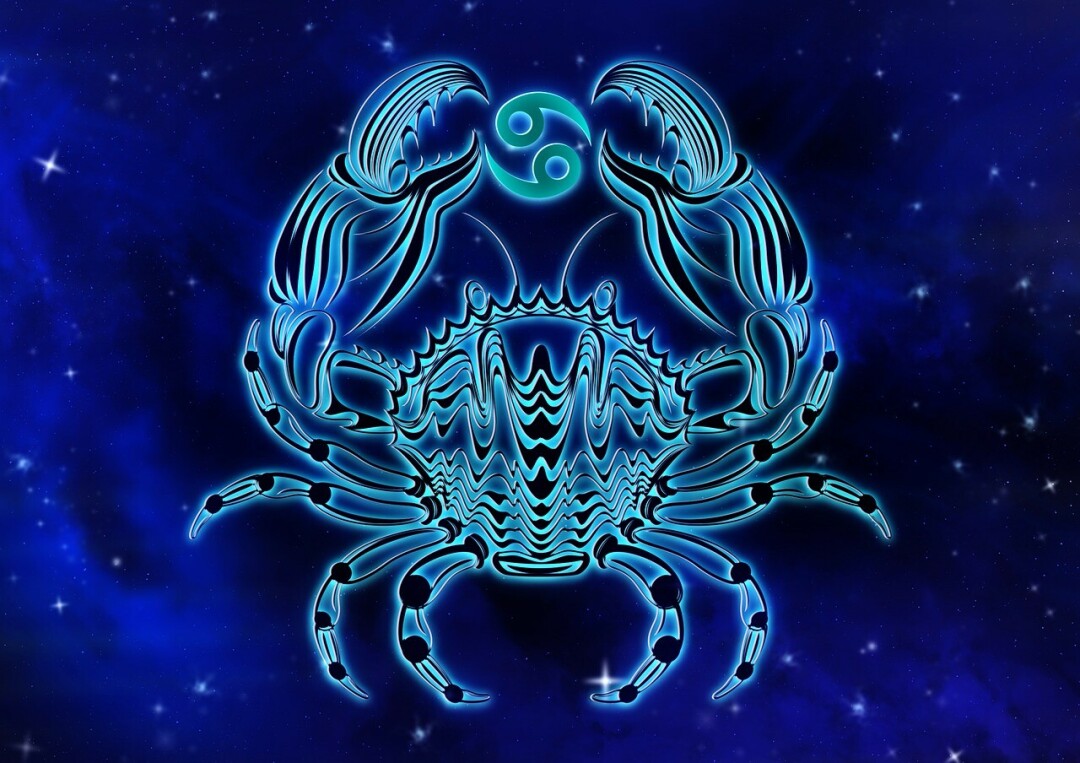 Just like their symbol, the Crab, Cancerians have a tough exterior that protects a soft underbelly. They feel vulnerable to life itself, so Cancers become great at defensive mechanisms and self protection – more than any other sign of the zodiac.
Mike Tyson is a great example…and I quote: “I want to rip out his heart and feed it to Lennox Lewis. I want to kill people. I want to rip their stomachs out and eat their children.”
And then this (same guy): “I’m a dreamer. I have to dream and reach for the stars, and if I miss a star…then I grab a handful of clouds.”
Lovely.
And summing up the Cancer mythos, Tyson, again: “I don’t react to a tragic happening any more. I took so many bad things as a kid and some people think I don’t care about anything. It’s just too hard for me to get emotional. I can’t cry no more.”
Cancers live in the watery world of emotions, instinct, gut feelings, and intuition. They feel rather than think. This level of relating to the environment makes them extremely sensitive to the moods and emotional undercurrents of the world around them.
Princess Diana was the consummate Cancer, embroiled in the public’s gossip about her marriage, sad and lonely, even though needing to put on a “public” face. She retreated into her “crab shell,” and some speculated that she even contemplated suicide due to her emotional state.
I will quote her here: “I think the biggest disease the world suffers from in this day and age is the disease of people feeling unloved. I know that I can give love for a minute, for half an hour, for a day, for a month, but I can give. I am very happy to do that. I want to do that.”
Try to pry a Cancer away from the things they love, and it can be extremely difficult. They cleave to their families, their friends, their possessions, and sometimes their place of birth. A lot of Cancers never leave their hometown, choosing instead to work there, have their family there, and eventually die there. An Aquarius would shoot themselves. Just sayin’.

Their Cardinal nature does give them a certain amount of self-assurance and resourcefulness, but their particular gift is expressed in nurturing and protecting those to whom they feel close.
However, if their security and well-being are threatened, and they begin to feel emotionally adrift, Cancerians become intensely self-protective, lashing out in infantile displays of behavior.
Think Tom Cruise, another famous Cancer, and his obsession with Scientology, eventually forcing his wife, Katie Holmes, to bail and divorce his ass, and save their little girl, Suri, from a Scientology rite of passage that’s steeped in WTF.
To quote Cruise: “He chose Scientology over Suri for good. Has he chosen Scien-tology over Suri for good? ‘Abandoned by Daddy.’ I mean, come on, that is absolutely disgusting,”Cruise said. “I tolerate a tremendous amount, and I’m very privileged to be able to have the life that I have, and I believe that. But there is a line that I draw for myself and…and that’s it. And I asked for an apology. I asked for a retraction. They denied it.”

Cancer needs a secure place in which to reside, and the home often becomes a sanctuary and a refuge for people born under this sign. Oddly enough, statistics show more Cancers are agoraphobic than any other sign – afraid to leave their homes and the safety of their “crab shell.”
They are driven far more by emotional motives than by practical ones.
Another curious bit of info – it would seem that more Cancerians are Liberals, instead of the alternatives. In fact, the “Occupy Movement” was mostly comprised of Cancers, Pisces and Libras (sorry, I just made that up, but you get my drift).
Cancers often have a deep longing to merge with others. No, Bill Clinton isn’t a Cancer, but moving on.
In so doing, Cancers can lose their own identity. You’ve seen this shit before, and I know you have – the chick in High School who’s dating a biker suddenly shows up in leather chaps and a dog collar; or my favorite, the cowgirl – some chick from Nashwauk who goes out west on a vacation and comes back with a Western drawl, a cowboy hat and a bandana. Cancer girls have done this crap forever, copying their boyfriend’s look and swagger. Oof!

This sense of disconnection from who they are and what their purpose is causes Cancer to lose its center of gravity. As a result, some Cancerians may feel deeply insecure. There is a parallel here with the Moon, their ruler, in its capacity as a satellite of the Earth, that emits no light of its own.

Cancers often carry around with them everyone else’s emotions, without being aware of who or what it is that they are bearing. Their own emotions ebb and flow like the tides, and their sensitivity can make them frickin’ Bitchy Asses!
These fluctuating moods are linked to the constantly changing phases of the Moon, and the fact that they act like children, sometimes throwing tantrums and threatening to lay waste to the landscape.
Han Solo was literally one of the coolest characters in the Star Wars Universe, as he was the one who was rozen in a large block of carbonite in The Empire Strikes Back.
He also had a pretty cool attitude, which meant he was able to shoot Greedo first and let fly(boy) with some classic one liners.
Here’s some quotes from Harrison Ford (Cancer) as Han Solo:
“Look, I aint in this for your revo-lution, and I’m not in it for you, Prin-cess, I expect to be well paid. I’m in it for the money.”
And,
“Look, your Worshipfulness, let’s get one thing straight. I take orders from just one person: me.”
Gotta love him.
Cancerians have a terror of rejection, and rarely leave themselves in a position of exposure. They will do everything they can to avoid being hurt.
Because their needs are so fundamental, if these are blocked, Cancers may get caught up in manipulative behavior. Ya think?
I once had a Cancer client stalk me to the point the police were involved, my only ever restraining order I placed on someone, and it wasn’t even a controlling ex-boyfriend, just a crazy ass Cancer chick. Ancient history, but I still look over my shoulder.
When Cancers are threatened they will often resort to the role of martyr. I give you Howard Wolowitz’ Mother from The Big Bang Theory.
Mrs. Wolowitz: “Who’s there? Are you a sex criminal?”
Howard: “Sex criminals don’t have KEYS, MA!!!”
Mrs. W: “Where were you so late?”
H: “I was out with Bernadette.”
Mrs. W: “I know what that means. I watch Dr. Phil. I hope to God, you used a condom.”
H: “I am not having this conversation with you ma.”
Mrs. W: “God forbid you get one of them fancy sex diseases.”
H: “Nobody has a disease!”
Mrs. W: “I hope not..I share a toilet with you. Is that what you want, to give your mother herpes?”
*sigh*
Cancers are also notorious hoarders, and will rarely part with anything that has any sentimental value to them.
Loving what is known and familiar, comforting and safe, they cherish their belongings as well as the people in their life.
Cancer is the traditional sign of the family, and Cancers need to feel a connection with their roots and a continuity with their past. They are often frightened of the unknown and suspicious of change. However, once they give their hearts, their commitment is total. Their sensitive, gentle, and compassionate nature make them natural parents and caretakers.

Their challenge is to live more in the present, and to let go of aspects of their past that they no longer need to hold on to.
“Some people go to bed at night thinking, ’That was a good day.’ I am one of those who worries and asks, ’How did I screw up today?’”
“Everybody has something that chews them up and, for me, that thing was always loneliness. The cinema has the power to make you not feel lonely, even when you are.”
Tom Hanks, famous Cancer, family man and American icon.
Classy guy.
Later.
GOOD DAYS: June 26, 27, 28
DIFFICULT DAYS: July 10, 11
EMOTIONAL BATTLE: July 18

Lady Ocalat is a professional Astrologist, Reiki master, minister and Tarot reader. She can be reached at 218-722-2240, or at Lady Ocalat’s Emporium in downtown Duluth.