For those of us more than 60 years 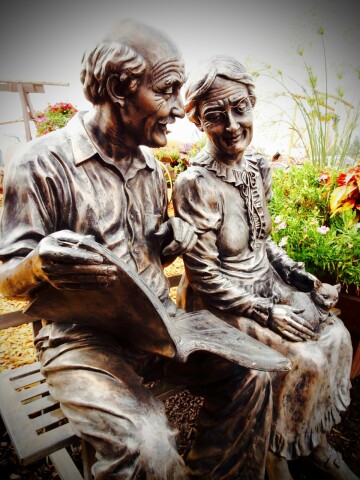 According to the Census Reporter, 21 percent of Duluth’s population is 60 or older. And in about 20 years, that number could double.

So, how does our city prepare for climate change when a growing percentage of the population is getting older?

The UNECE (United Nations Economic Commission for Europe) issued a policy briefing in 2020 on aging and the important role that local governments and communities can play in creating “sustainable and smart cities for all ages.”

The briefing focused on three elements of urban life: housing, access to green spaces and public places, and transportation.

It reported that “inclusive planning” that enhances accessibility of the “built environment and services” can if designed holistically benefit a wider range of population groups and generations at the same time.

Several examples from different cities were presented; including the “functional flat” concept for a Finnish senior house development that designed 54 rental flats to enhance one’s functionality, and in the Polish city of Rzeszow, they modernized their fleet of city buses to make them more accessible and environmentally friendly.

Also, in the United Kingdom, more than 11 million “smart meters” have been installed in homes to help older people better manage their household temperatures.

The United Nations Population Fund (UNFPA) has declared that aging and urbanization are two major global issues of the 21st century. While cities are growing, their share of residents aged 60 years and above is also rising.

According to the UNFPA, “rapid urbanization is challenging both national and local governments in developing inclusive and integrated cities.”

On June 24, 2020, Climate Central reported that more than 80 percent of those dying from heat-related illnesses are more than 60. Heat events are also deadliest in cities with lower average temperatures, where residents are less adapted to heat.

CC also reported that physicians and urban planners stated that an older person’s best defense against heat is social connections.

A year earlier, The Independent published an article titled “The forgotten generation: the elderly are most at risk of suffering from climate change.”

Patrick Kinney, who studies the effects of climate on health at the Boston University School of Public Health, talked about how extreme heat puts a lot of stress on the body, especially on those who are older.

And that certain medications that older people take, for blood pressure and cholesterol, can reduce the body’s ability to regulate heat.

Also, air pollution which is often associated with heat waves can intensify the problem.

Kinney cited the July, 1995 heat wave in Chicago that caused 514 heat-related deaths, and that 72 percent of those deaths were people older than 65.

Being 66 years old, I’m beginning to think about where I should spend the remaining years of my life.

What town or city is the most sustainable place to live? What region of the country is effectively addressing climate change? Do I stay in Duluth or live somewhere else?

For those of us more than 60 years old, it would appear that Duluth faces various challenges and yet also has the opportunity to effectively address climate change in the years to come.

What does our city do to identify the needs of our elders and meet those needs in a climate-change world?

Given that the city’s percentage of people above 60 will grow, and that there is a strong probability that people will move to Duluth from other parts of the country due to climate change events, there should be a citywide conversation about where we are and where we need to go in the future.

In 2018, our city government received a climate report that identified senior citizens as being one of the most vulnerable populations to climate change in our region.

When will Duluth officially respond to this report and engage its senior citizens in a collaborative dialogue about how we can address this vulnerability and move forward?

Should we be working with local social service and civic organizations to provide educational programs to those of us in the greater community more than 60 about climate change and learning how to lead a more sustainable life?