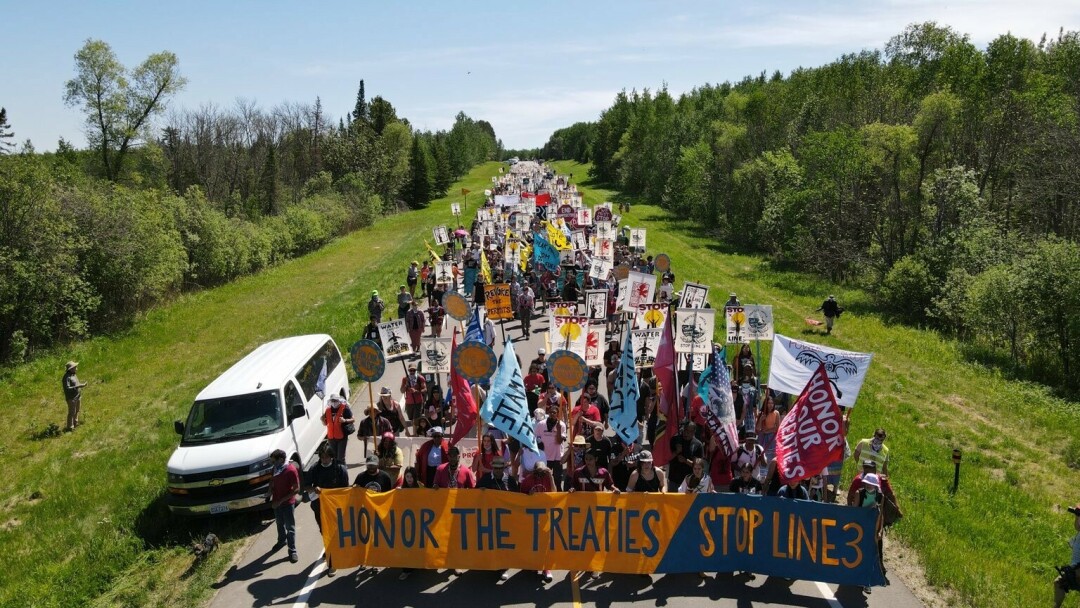 More than 1,000 people marched on Monday, June 7, to the headwaters of the Mississippi to protest Enbridge’s Line 3. Photo by Ron Turney, Indigenous Environmental Network.

In Minnesota’s largest ever anti-pipeline mobilization, protestors on June 7 halted construction of Enbridge’s Line 3 toxic tar sands pipeline.
More than 1,000 people marched with Indigenous leaders to the headwaters of the Mississippi River for a treaty ceremony at the site where the pipeline is proposed to cross.
Further south, more than 500 Indigenous people, allies, and celebrities shut down an active Line 3 pump station in a massive direct action in solidarity with the Giniw Collective, an Indigenous women land defense group.
These actions are a part of the Treaty People Gathering, a mass mobilization of more than 2,000 people planned by Indigenous-led groups, communities of faith and climate justice organizations, and the beginning of a summer of resistance.
Participants are calling on President Biden to stop Line 3, which opponents say threatens Northern Minnesota’s waters, the global climate and Anishinaabe treaty rights.
“Our ancestors made agreements to take care of this water and land forever together, and now is our time to do that,” said Winona LaDuke of Honor The Earth.
At daybreak, hundreds of land defenders reached the Two Inlets Line 3 pump station. Some climbed ladders or locked themselves to equipment, while others blocked the entrance, and held space. Jane Fonda, Winona LaDuke, Tara Houska, Catherine Keener, Rosanna Arquette,Taylor Shilling, Siihasin Senior and Big Wind gave remarks from inside the active pump station. Water Protectors are currently occupying the station and pitching tents. 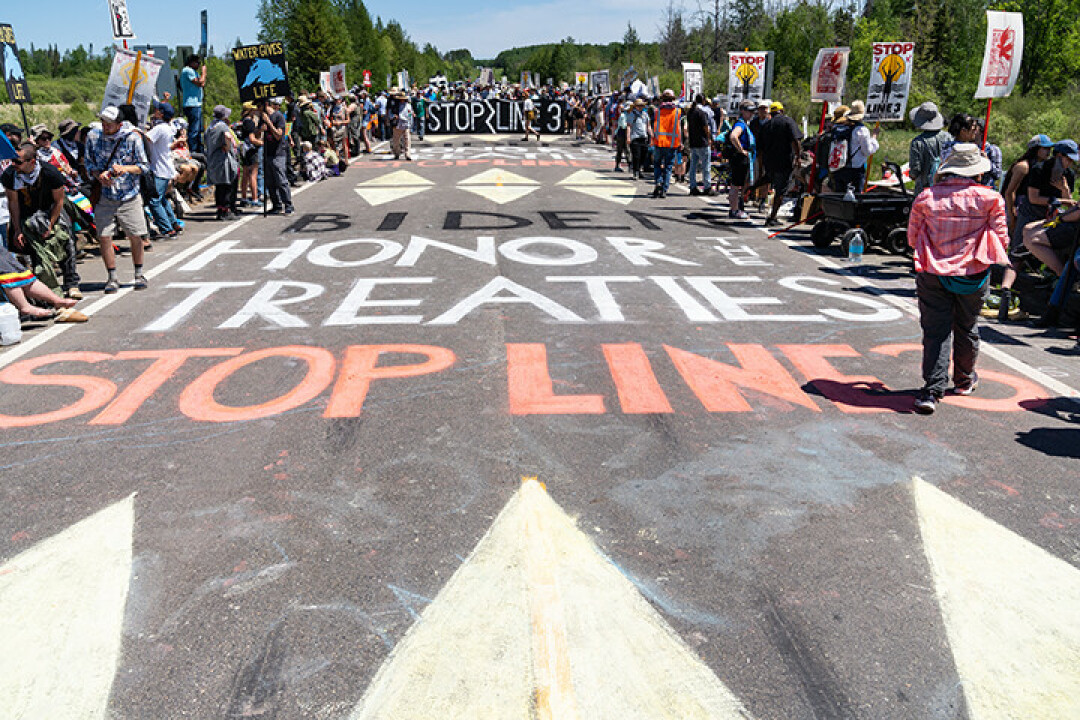 “Our Mother is calling out, it’s time for us to listen or do the work to remember how. It’s also time for us to all stand with our words. The situation is urgent, it requires urgent response. Find your bravery, find your community, find your truth. Stand with us and Stop Line 3,” said Tara Houska for Giniw Collective.

One locked down Water Protector said, “Think about the water you drink every day. Think about the fact that a human can’t live more than three days without water. Think of what you would do if a corporation just took that from you. So many Indigenous bodies have gone towards protecting the resources that we all benefit from and everyone should think about how they can be someone who actually defends the water and isn’t just somebody who is using it.”

The treaty ceremony at the headwaters, led by the RISE Coalition, was followed by remarks from the visiting celebrities alongside Bill McKibben, Dawn Goodwin and Nancy Beaulieau. Participants are now holding space on the easement along the banks of the Mississippi and are prepared to stay.
“For years we have tried to assert our sovereignty and speak out against Line 3. We still have time to save our sacred waters and land – our life sources.” said Dawn Goodwin, co-founder of the RISE Coalition.
As Enbridge prepares to drill below 22 Minnesota rivers and more than 200 water bodies, including the headwaters of the Mississippi River, the movement of water protectors opposing the controversial Line 3 pipeline is growing quickly.
“We called this mobilization the Treaty People Gathering because we are all treaty people. Our non-native allies have a responsibility to stand with us against projects like the Line 3 pipeline that put our Anishinaabe lifeways at risk. Today, we’re taking a stand for our right to hunt, fish, and gather, and for the future of the climate,” said Nancy Beaulieau, Northern Minnesota Organizer with MN350 and co-founder of the RISE coalition. 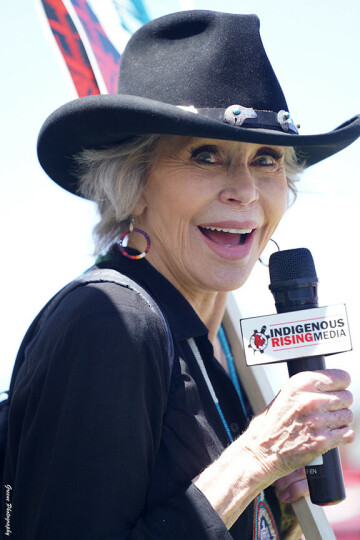 Anishinaabe tribes and allied groups have been resisting the construction of Line 3 across Minnesota since it was proposed in 2014. Since construction began in December of last year, more than 250 people had already been arrested protesting construction.
On May 26, more than 300 organizations submitted a letter to the Biden Administration calling for President Biden to direct the Army Corps of Engineers to immediately re-evaluate and suspend or revoke Enbridge’s Line 3 Clean Water Act Section 404 permit.
Although Enbridge calls this project a “replacement,” it includes 337 miles of new larger pipe, half of which is in a new corridor crossing more than 200 bodies of water, far from Enbridge’s other pipes.
The new pipeline would initially be able to transport almost twice as much crude oil as existing Line 3.
Tribal governments, climate groups, and the Minnesota State Department of Commerce have sued in state court to revoke the pipeline’s “Certificate of Need,” arguing that the additional oil supply is not needed and the especially carbon-intensive tar sands oil will contribute to catastrophic climate change. Analysis has shown that building Line 3 would unlock the emissions equivalent to building 50 coal plants. 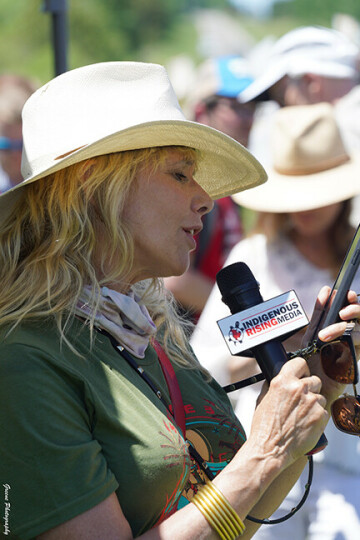