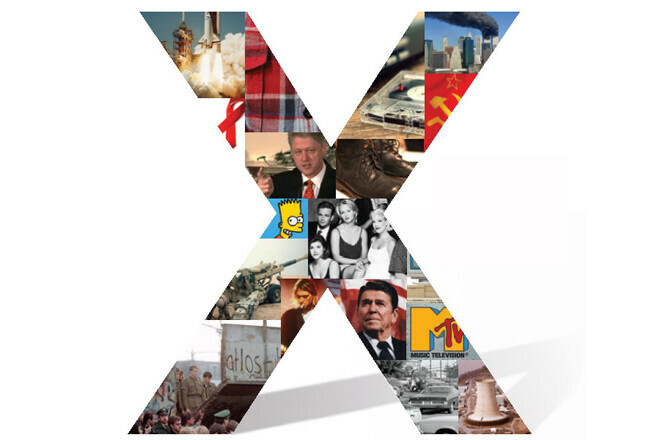 The Slacker generation entered this world during the bicentennial celebration of our nation’s founding. We are the firecracker babies of America, born in the smoky din of noise and chaos. Our whole rusted, ramshackle carnival ride of life started in those formative years.

We were born during a long, unpopular war on the other side of the world that involved burning villages and pouring chemicals over forests to kill the trees. The reaction at home was vicious, and we kiddos grew up listening to an incendiary backlash that lasted the length of our childhoods. We were raised in a paradoxically moral time by a culture of political junkies that told us not to trust the government.

Collectively, we Xers have failed to take the reins of leadership and usher in a new age of prosperity, much to the dismay of the Boomers or Silent Generation that birthed us. Broadly speaking, we are accused of laziness and mediocrity, but I think that stereotype is mostly due to the fact we were raised in a world that did it’s level best to convince us we’d be the last generation to walk the Earth. It’s often pointed out that my generation experienced a prolonged childhood, but the fact is that we just never saw much point in growing up. At every step of our journey, the road to adulthood has been paved with apocalyptic undertones. Let’s take a look:

We were a generation that started school at a time of historically low rates of adult supervision. The abduction of Adam Walsh was all over the news. A rash of kidnapping stories were being hammered into our heads from an industry that was just learning how to cash in on the lucrative art of exploitation and the unending news cycle. Our earliest experiences of independence involved the feeling that we’d be lucky just to survive the walk home from school. In 1982 President Reagan signed the Missing Children’s Act into law, and soon afterwards we were herded into school cafeterias with our parents to be fingerprinted and cataloged, in case our missing corpses should be dredged out of the East River and need to be identified.

Kidnappers weren’t the only ones out to get us. We were also told to look out for razor blades in our apples and needles in our Halloween candy. Though now considered urban myths, these were early examples of the alarmist rhetoric that would dog us throughout our childhood. The lesson, to our young and impressionable minds, was that safety was no guarantee.

From an early age we were convinced that nuclear Armageddon was imminent. The entertainment media painted a grim picture of the future: The Day After, War Games, A Boy and his Dog, The Terminator, Red Dawn, Mad Max, even Saturday morning cartoons got on board the doomsday craze with Thundar the Barbarian. The sitcom Happy Days depicted a scene where the Fonze and Mr. C. hung out in a crowded fallout shelter, debating whether surviving World War III was even worth it.

Every depiction of the future was dystopic. From our view down in the sticky seats of the movie theater, the chances of survival looked grim. Radiation poisoning seemed like something we’d better start adapting to, since our relations with the evil forces of Russia and the Communist Bloc teetered on the brink of disaster. It often felt like the most likely scenario was that we’d all be irradiated, mutated, or dead in the very near future.

We survived the playground years by the skin of our teeth. When we entered the halls of middle school, we were greeted by the Lecture League of America, headed by the First Lady and her entourage of schoolmarms. They brow-beat us into thinking that evil pushers hid in dark shadows beyond the school grounds, waiting to corrupt our fragile little minds with menacing drugs that would drive us insane, leading to lives of crime and an early grave. The big “NO” message was that a surge of drugs was flooding our country and that nobody was safe from the resulting mob of reckless drivers, rapists and murderous thieves.

If we survived the soul-corrupting temptation of the drug culture, the next hurdles were skateboarding, role-playing games and rap music. Oddly, the anti-rap crusade was led by the booming generation of equality, with their open-armed policy of racial and ethnic inclusion-without a trace of irony.

Unlike the older generations, we were raised in the midst of the AIDS epidemic. Long gone were the mythical days of free love and sexual experimentation that the ‘60s generation enjoyed. The Boomers only needed to watch out for the Clap and shotgun marriage. We Xers came of age fearing a slow and shameful death from sex. Keith Herring, Freddy Mercury, and even a regular kid like us, Ryan White, died from a vicious disease that the status quo routinely tried to blame on its victims. As if surviving high-school and the rituals of dating weren’t hard enough, we had to deal with the fear of making one fatal error of judgment and contracting an incurable disease. Once again, our journey to adulthood faced a jaded reality that was unforgiving and bleak. What had been an exciting rite of passage to our elders was fraught with peril for Generation X.

To top it all off, there was a god-damned hole in the sky that let the sun bathe us in U.V. radiation. You can run away from strangers and Just Say No, but how do you hide from the Sun itself? Even the president of the United States had to cancel his meetings to get a cancerous tumor removed from his movie star nose!

The threat of environmental collapse was a kick to the ribs of a young generation that was already struggling to get back on it’s feet. The destruction of the rain forests and the first inklings of havoc unleashed by global warming were just coming to light. The hole in the ozone layer was just the tip of a melting ice berg. Once again, Certain Doom was lurking right around the corner.

The last straw was on September 11, 2001. We had finally convinced ourselves to put away childish things. We launched our careers and started our families just in time to be attacked by terrorists. We suffered a rash of despicable anti-Muslim bigotry, followed by an endless war and economic recession. The ensuing recovery has been an unprecedented barrage of highs and lows, regulation, and upheaval. It seems the trials and tribulations are unending. Maybe we should have skipped adulthood after all.

We’re an unsung generation still recovering from reckless and unsupervised childhoods that were drenched in fear and anxiety, but maybe there is a silver lining. The sturdiest among us have learned to beat our own crude drums, we’ve shunned the praise of our elders and developed a fierce indifference to the political and corporate culture. Unlike the molly-coddled Millennials, we’ve learned when to say “bite me” and do our own thing. We’ve been sticking it to the man and not giving a rip for 40 some years now, and we’re not afraid to take one on the chin every now and then.

While some lofty commentators expect the X generation to jump into the drivers seat and take a turn at the wheel, an overwhelming majority of us say “Get bent!”

We bit the hand that fed us 20 years ago. It’s probably better to let the torch of leadership pass straight to the Millennials anyway. They’re the ones who care so much about what other people think of them. Maybe they can shed some light on this jaded world while they usher out the Boomers.