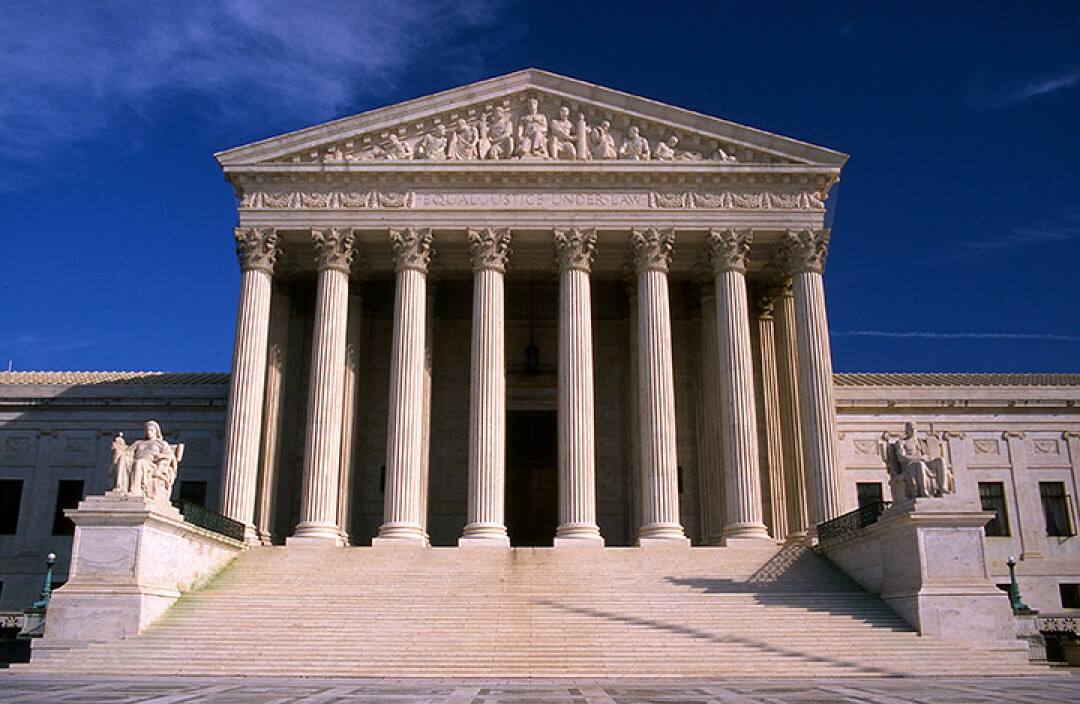 Bible thumpers proclaim God commanded us to “Be fruitful and multiply!”

As about one in four pregnancies end in miscarriages, it means that it took 140 billion pregnancies to produce 100 billion. This becomes important because the Divided States Supreme Court has decided to review Mississippi’s new 15-week abortion ban.

There are now six Roman Catholic justices on the court that will challenge the 48-year-old Roe V. Wade landmark decision. So it means I have to go to my files on abortion I have kept for 35 years. I have written about a dozen columns on abortion, always on the pro-choice side.

As the battles over abortion have not subsided since the Republican Party decided they could gain power by convincing Christian evangelicals, fundamentalists and conservative Roman Catholics to vote for their “fake” pro-life stand, the attitudes of Americans haven’t changed much.

A majority approaching 70% believes that a woman deserves the opportunity to control her life, her life’s path, the size of her family if she has one, and the economics of her single or married life.

My daily exercise: Having a martini and looking for loopholes

I must confess I have a martini every afternoon in tribute to W.C. Fields, a great actor who once juggled oranges he and his father sold from a horse-drawn cart in Philadelphia when he was 10. At 18 his juggling was good enough to entertain the king and queen of England in London. After that gig he took Hollywood by storm as a character actor.

Possessing a wicked sense of humor, when asked why he drank “lemonade” (martinis!), he replied: “Do you know what fish do in water?”

He was not religious. One day a friend caught him paging through a Bible. Bill explained: “I’m just looking for loopholes.”

I have paged, too.

Corky and I gave up Roman Catholicism 62 years ago, primarily because the Vatican and arrogant gray men have been bedeviled, bewitched, bewildered and confused about sex for 2,000 years, particularly in the Middle Ages – and refuse to accept the advice of women. They almost ran out of stakes and firewood during the Middle Ages burning heretics.

Then we tried Martin Luther. He didn’t appreciate or respect women either. After listening to sermons on Sunday, I sometimes turned agnostic on Monday. By Tuesday atheism beckoned. By Wednesday I enjoyed paganism because the fish were biting and followers moon-danced. By Thursday I was bewitched by Wiccans celebrating earth, wind and fire. On Friday I shifted to the bloody sacrifices of the Aztecs and bloody Opus Dei members. Saturday we hit the pontoon and became pantheists.

The latest Gallup Poll on church affiliation reveals only 47% of Ameri-cans belong to a church.
Twenty years ago it was 70%. Why the decline?

Science, truth about sex, the accept-ance of homosexuality and gender fluidity, and Biblical nonsense.

Bruno at the stake. Something about the sun revolving around the earth ...

The U.S. Catholic Church has dropped 20% of its members in the last 20 years; the Protestants 19%. There are now more Catholic priests aged 90 than priests 30 and below.

Give up sex? On a planet saturated with hormones and flesh?

Certainly sex is an expression of love, but humans hardly ever lose interest in the act while awake. Google to get interesting estimates of daily sex in the world.

Last year the reasonable estimate was 240 million people a day are busy at it. We do know it’s happening in homes, cheap motels, expensive hotels, on wealthy estates, in homeless tents, in alleys, back seats, on office desks, in backrooms next to the Oval Office, in closets (think Harding), on rooftops, on Ferris wheels, in swimming pools, on beaches at midnight, and on pontoons in the day.

In the Irish Magdalene Laundries, pregnant girls were warned never to be alone in hallways with certain priests and bishops. The Vatican’s exclusive sex program for girls? Keep your legs “together” and know math – or go to hell.

Sex has got to be the oldest profession and the most expansive tourist business today in Thailand, The Netherlands, and the sex drive-ins in Germany.

Sex workers are eligible for unemployment insurance in some countries.

In 1997 a guy named Hill conducted a survey listing eight reasons to have sex. In last place was having a baby. A normal child will cost parents $240,000 to raise to age 18.

The following evidence is from columns I wrote about abortion

Carl Dejrassi, the inventor of the birth control pill in the 1970s, estimated that there were at least 100 million acts of sexual intercourse every 24 hours resulting in one million conceptions – half of them unplanned. What happened to the 500,000 surprises?

Women have been trying to prevent pregnancies for 300,000 years, and we have written records covering attempts for at least 5,000 years. Some are deadly. Even Pope John in 1276 wrote Treasure of the Poor which included recipes for methods of birth control. Recent research indicates some recipes actually worked.

Chinese women drank lead and mercury to control their periods. They often ended up dead. European witches circled a cauldron and cried that women could avoid pregnancies by walking three times around a spot where a pregnant wolf had urinated. Good luck with that.

European women also wore the testicles of a weasel on their thighs. That’s a “yuck.”

New Brunswick women saved the testicles of beavers, dried them, and drank a potion laced with alcohol. There’s no record of success. 17th French women used a sponge soaked in brandy to kill or weaken sperm. In these two cases perhaps the sperm got so drunk it couldn’t find an egg.

Back in 1500 B.C. Egyptian women used cotton soaked with the fermented juice of the acacia tree as a spermicide. Researchers 3,500 years later determined it worked.

First Century Indian women plastered their vagina with elephant dung or rock salt soaked in oils. Ouch!
Early Greek doctors also had some original ideas about birth control for both genders. Men were told to coat their privates with alum, pomegranate juice, gallnut, and vinegar while women were told to coat theirs with cedar rosin, myrtle, lead, alum and wine. I hope they didn’t have any fires or explosions where the substances met.

Some psychiatrists, cardiologists and talk show hosts have determined that of all the organs in the body, only two can’t function well together because there isn’t enough blood to operate both the brain and penis at the same time.

What is gutting Roe V. Wade all about? Abortion or political power?

It’s about power, of course. It’s the only thing the White Trumplican Party is interested in. To make money one must have political power. They are using white Bible thumpers south of the Mason-Dixon line and northern conservative Catholics with “life begins at conception” pleas to vote for them.
Reagan and the Bushes could care less about abortion – except to get elected.

If one examines the records of the Centers of Disease Control and the Alan Guttmacher Institute for the number of abortions conducted in the last half-century, we have to realize that women are going to have abortions whether they are legal or not. Women will have them with or without medical care, by trained doctors or medical quacks, by back alley abortionists, or well-meaning friends.

Before Roe V. Wade in 1973, there were about a million illegal abortions per year, resulting in the deaths of thousands and the maiming of thousands. These were the days of coat hangers, knives, wood splinters, knitting needles, corrosive substances like lye and potassium permanganate, and other weapons of destruction too numerous to mention.

The Guttmacher Institute revealed that one in 10 poor New York City women had illegal abortions in the 1960s.

In 1962 one Harlem hospital treated the injuries of 1,600 women who had abortions. The rich traveled to England for abortions.

In my hometown of Little Falls, Catholic girls who hadn’t kept their legs together had “physical therapy” at the local Catholic hospital.

Between 1977 and 2005, according to one of my old columns, the U.S. had 41 abortion clinic bombings, 172 arson attacks, 655 anthrax letter threats, hundreds of bomb threats, and countless acts of vandalism. Between 1992 and 2005 six abortion doctors were murdered by “thou shall not kill” Bible thumpers.

What will happen if the Supreme Court overturns Roe v. Wade?

The two most reliable polls, Gallup and Pew, indicate that nearly 70% of Americans do not want Roe v. Wade overturned. They might put up with some minor limitations – but not many.

I imagine that most justices would want to be able to mingle in society, eat in restaurants, attend public events, walk the dog, attend the symphony, and live without personal security 24 hours a day.

If they screw around with Roe v. Wade by imposing the Vatican’s rule that a baby is a speck the size of a period at the end of a sentence, that no contraceptives can be used to prevent pregnancies, that a fetus without a brain must be brought to term, and that the Great Catholic Geneticist in the sky is perfect in every way although about 200 sets of conjoined twins are born every year, they will need a castle, moat and militia.

In that case, Supreme Court Catho-lic justices should resign, enter monasteries and abbeys, and bake communion wafers for Catholics who want to live in the Middle Ages. They do not have a right to impose their medieval religious convictions regarding sex on everybody else.

What major health decision for men is subject to a vote or veto by women?

Although a strong majority of Americans support abortion, since January many smaller states with the least educated voters have introduced 536 abortion restrictions, including 146 abortion bans.
Sixty-one restrictions have been passed in 13 states. Arkansas, as an example, has passed 20 restrictions just in 2021.

The Guttmacher Institute, which has always focused on reproductive health and rights for women, has concluded that 2021 is on track to be “the most damaging anti-abortion legislative session in a decade.”
The shame of it is, it’s all about political power to be retained by white supremacists, not much about abortion.