Here are a couple reasons why Republicans fear ‘marihuana’ 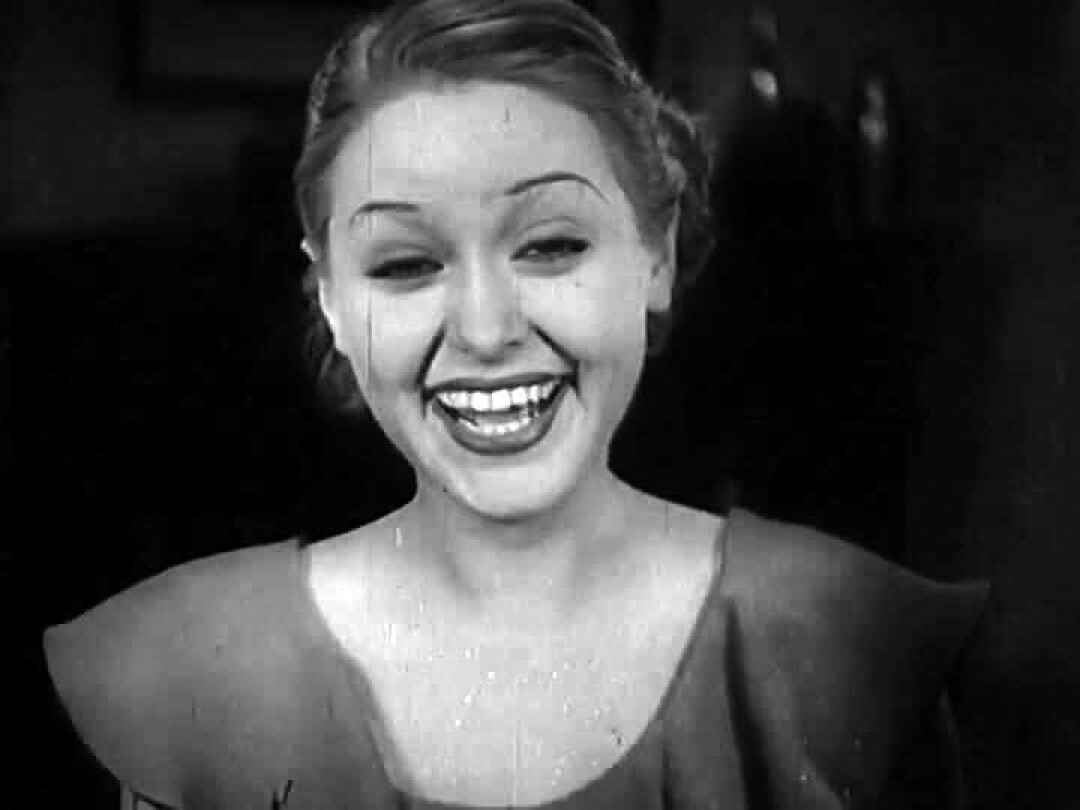 Are you wondering why our 19th century Republican legislators in both Minnesota and Wisconsin refuse to recognize the majority of their constituents who want legal marijuana?

I can refer you to a couple of old movies that sum up their fears. Yes, fears. So much of the Republican agenda is fear-based, particularly their fear of marijuana.

Most everyone has seen or at least knows about the propaganda film Reefer Madness, made in 1936 during the reign of bizarre drug czar Harry J. Anslinger, whose mission it was to criminalize marijuana because, as he once said, “The primary reason to outlaw marijuana is its effect on the degenerate races.​”

This is the guy who started spreading the myths about marijuana that our antebellum Republican legislators still spread to this day, the biggest lie of which is that marijuana is a gateway drug leading to cocaine and heroin use.

“Marijuana is an addictive drug which produces in its users insanity, criminality, and death,” is another Anslingerism, as is, “No one knows, when he places a marijuana cigarette to his lips, whether he will become a joyous reveller in a musical heaven, a mad insensate, a calm philosopher, or a murderer.”

Reefer Madness is just one example of a filmmaker exploiting the fears spread by Anslinger. Also made in 1936 was Marihuana, which features two stereotypical greasy pushers, one of whom has a distinct Italian accent, and a group of elderly high school “kids” who fall prey to the pushers. All of the circumstances Anslinger refers to in his “joyous reveler” quote are characters in the movie, and more. 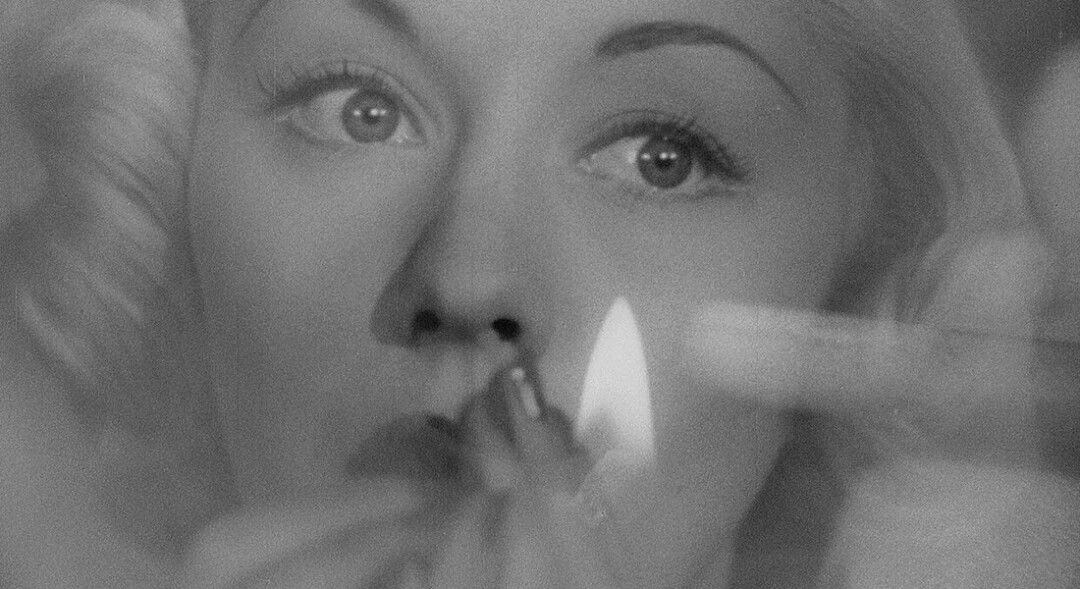 Beautiful Anne Lester (Lila Leeds) lights up for the first time in She Shoulda Said No! (1949).

Marihuana begins with this foreword:

“For centuries the world has been aware of the narcotic menace. We have complacently watched Asiatic countries attempt to rid themselves of DRUGS CURSE, and attributed their failure to lack of education.

We consider ourselves enlightened, and think that never could we succumb to such a fate. But - did you know that - the use of Marihuana is steadily increasing among the youth of this country? Did you know that - the youthful criminal is our greatest problem today? And that - Marihuana gives the user false courage, and destroys conscience, thereby making crime alluring, smart? That is the price we are paying for our lack of interest in the narcotic situation. This story is drawn from an actual case history on file in the police records of one of our large cities. Note: MARIHUANA, Hashish of the Orient, is commonly distributed as a doped cigarette. Its most terrifying effect is that it fires the user to extreme cruelty and license.”

And that’s what we get, people acting with cruelty and license because they use marihuana. There’s nude “teen girls” on the beach. An accidental death. An accidental birth. A police shooting of a teenager. A kidnapping.

The story sort of focuses on elderly teenager Burma Roberts, who becomes hooked on marihuana and so loses all sense of humanity. She becomes the chief marihuana peddler for the two greasy pushers, and because it is the gateway drug for heroin and cocaine, one of the greasy pushers says she is becoming “ice queen of the snow peddlers.”

By this time Burma herself is constantly shooting up something whenever tension mounts, and it mounts constantly as she decides to kidnap her older sister’s daughter, only to learn that it is really the daughter she gave up for adoption. 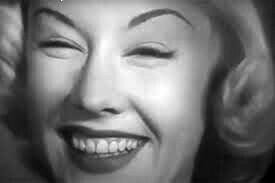 Over the sound of gunfire, coughing, laughing, screaming, cars revving and other assorted noises, we see a series of newspaper headlines blaming crime on marihuana – “Wave of Brutal Crimes Laid to Marihuana Smoking” and the story below continues: “Police authorities declare that the majority of brutal crimes now occurring are directly due to the use of marihuana.”

Jesus. Has anyone anywhere really seen such a headline and story? I doubt it.

A little more entertaining is the 1949 propaganda film She Shoulda Said No! It stars Lila Leeds as Anne Lester, a good chorus girl who made the mistake of taking a puff of the evil weed.

The year before this film was released, Leeds was busted with fellow actor Robert Mitchum and two others for smoking marijuana at Leeds’ home. She spent 60 days in jail, and despite being considered a Lana Turner lookalike, her career never recovered. Besides starring in this, she had one uncredited role in another film before leaving Hollywood for good.

This movie also begins with a written foreword:

“This is the story of ‘tea’ – or ‘tomatoes’ – the kind millions thru ignorance have been induced to smoke.

“We are proud to bring to the screen this timely, new film about Marihuana. It enables all to see, hear and learn the truths.

“If its presentation saves but one young girl or boy from becoming a ‘dope fiend’ – then its story has been well told.”

It then proclaims that it stars “an all-star Hollywood cast,” but unless you are a very dedicated movie fan, you’ve likely never heard of any of the actors, except maybe a young Jack Elam. Lyle Talbot as a cop is the only other semi-well-known name.

The movie was directed by Sherman Scott, a pseudonym for prolific B-moviemaker Sam Newfield. 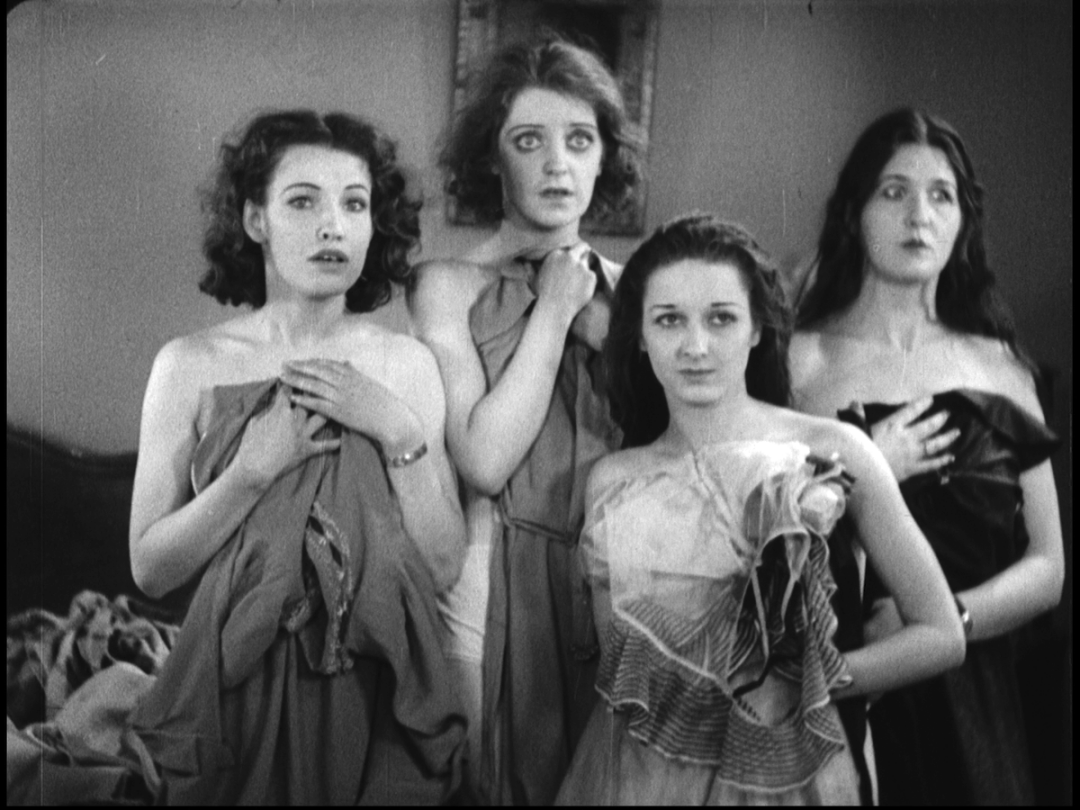 These bedraggled matrons are supposed to be high school girls in the 1936 Marihuana. They are shocked to learn one of their number did not return from a skinny dipping scene. Of course it’s the devil weed’s fault.

Alan Baxter plays the role of the slimy pusher Marky, who a narrator tells us is foisting evil marihuana sticks on your children, and yours and yours! He moves in all circles, from Skid Row to Hollywood. Hooked weed “junkies” stop him, beg him for some, while he’s conducting his duties.

“I don’t give it for love,” he tells one dame after she says she can pay him next week for a little weed today.

Our anti-heroine Anne Lester “joins the club” at a party as others gather to watch her pop her cherry with a marihuana stick. They even show her how to most effectively suck in the smoke.

“Try another puff. See how pretty the world looks then,” Marky tells her.

She does. Her eyes roll, and she says, “You’re so smart, Marky. So smart.”

Then a wild dance ensues and turns to Marky’s seduction of Anne.

Her brother comes home from college to find Anne’s home a wreck, a stranger passed out on the couch and sis passed out in her bedroom.

Next we are at a “tea party” where people get high and act like idiots but think they are genius. A man playing bad “Chopsticks” dreams he is playing a dazzling concert at Hollywood Bowl. Everyone seems to be having a good time except for one paranoid fellow who when he needs air, punches his hands through a window. The others sit him down, hand him a marihuana stick and laugh like hyenas.

Fired from her chorus girl job for being friends with Marky, she tells her boss, “Save your sympathy for somebody who needs it.”

She becomes Marky’s biggest pusher, selling marihuana sticks for two bucks beach – one buck for Marky and one for her brother’s college fund, she tells the room just as Bob inconveniently walks in to learn who Marky is.

The shame is too much. We learn his fate through a headline that you would never see printed anywhere – “Night Club Dancer’s Brother Hangs Himself.”

Anne is now on the road to resurrection. First the cops try to scare her by introducing her to a strung-out 24-year-old drug addict who looks 100.

“You’re just trying to frighten me,” she says.

She meets other inmate/junkies ensnared in the legal system.

“It’s the end of the road, Miss Lester,” one of the cops tells her after viewing a strait-jacketed madwoman.

They ask Anne to help them trap the man who supplies Marky. She refuses and goes to jail for 50 days.
“She’ll crack,” one of the cops says.

And she does, hearing the refrain “Kid killer” in her head, reminding her of her brother’s suicide because of her marihuana habit.

“You better calm down,” a stern matron tells her. “You’ll wind up in Psycho.”

She does become unhinged, but don’t blame the marahuana. Blame Harry J. Anslinger.

Both of these propaganda efforts are available on Amazon Prime.