WILD on the brink 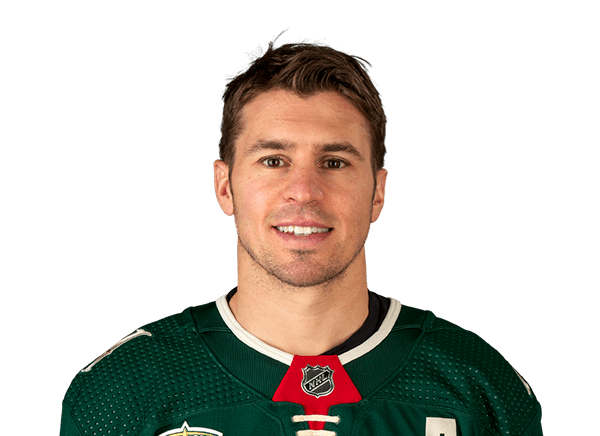 Is this the end of the road for Zach Parise?

Rethinking NHL betting and Nazem Kadri suspended again!
ST. PAUL – The Minnesota WILD have just dropped their 3rd consecutive Stanley Cup playoff game to the Vegas Golden Knights in a 4-0 whitewash.
After dropping G1 of the series to the WILD in a 1-0 OT thriller, the VGK has pretty much taken this series over lock, stock, and barrel. The WILD has shown occasional flashes but hasn’t sustained enough pressure to dent future HOF netminder Marc-Andre Fleury and stay in the series.
The club is now down three games to one, with G5 looming out in Vegas this Monday eve. The Knight’s best players have been making plays, and the Wilds have not. That’s about the best and only explanations necessary.
To make a quick comparison, for Vegas, Mark Stone currently has 4GP/3G/1A/ on 8 shots. His teammate, former WILD forward Alex Tuch, is at 4GP/3G/0A on 12 shots. Both are in the top 25 for playoff scoring so far, and both have scored in a timely fashion that appeared to propel their club to greater play.

On the Wild’s side of the rink, I’ll cite two players the team has leaned on hard for offense throughout the season; Kirill Kaprizov is at 4GP/0G/1A with 8 shots. For Kevin Fiala, he has 4GP/0G/0A with 18 shots. The netminding hasn’t been a total surprise. The future HOFer Fleury has allowed 4 goals in 4GP. He sports a .966SV% and a .99-GAA.

For the Wild’s Cam Talbot, he has appeared in all 4 games with a .921SV% and a 2.52-GAA. Both teams have had non-existent PP’s but have shown excellence on the PK.
The WILD has been weak in the faceoff circle at 42.2%.
There has been a lot of talk in the Twin Cities media about Zach Parise being a healthy scratch in the first three games of the series. If not for an injury to Marcus Johansson, he would have likely been a G4 scratch as well. He didn’t have a big game but played responsibly on defense and drew a double minor on a high stick from Zach Whitecloud in the 2nd frame.

The WILD could not convert, but no matter, the turning point in this game had already occurred when Tuch broke through two WILD defenders to set himself up alone against Talbot, where he quickly buried a shot for a 2-0 Vegas lead, and that was that.
The Parise situation will likely come to a head soon after the season ends.
For the first time, I wondered if the club cutting down on his TOI and even games played was part of a strategy to force him to seek a trade. His departure from the team and the salary cap would benefit the team immensely, especially considering the club has some significant signings and extensions to get to in short order.

Parise’s best days are behind him, the club knows it, and if it wants to forge ahead, his contract has got to go.
Is this something to feel bad about? Yes. It is. However, it’s the end of the natural cycle of being a pro athlete.
Parise will turn 37 this summer, and in today’s NHL, that’s getting up there.
The club overpaid in dollars and term to obtain Parise and Ryan Suter. I would believe the team has got that investment back, and then some, or they would not have done the deals.
But it’s clear now that it is time to move on from Parise. He isn’t the future of the team. Suter is still a serviceable D-man, but the clock is ticking on him, too.
GM Bill Guerin’s life will continue to be an interesting one.
The team will be in an elimination game on Monday night, and realist-ically, the way Vegas is playing right now, I don’t think the Wild can prevail here.
Another quick exit, another listless summer, contemplating whether this club can ever enjoy some playoff suc-cess.
But even as reality sets in, Guerin still represents some hope. He has been honest about the team and appears to be turning the culture around. But Billy boy, you are going to have to have an excellent off-season; I’m not sure how much more the fanbase can take.
EARLIER THIS WEEK, STL Blues forward Dave Perron had a positive COVID test and had to enter quaran-tine. Later in the week, STL GM Doug Armstrong said that the team was challenging some of the recent COVID testing results.
That got me thinking about a few issues. The league has entered into sports betting agreements and is now fully involved in wagering on individual games. So, yes, the COVID matter is unusual because we’ve not seen anything like this in the recent past.
It is also unusual that with sports betting now in vogue, any number of injuries or illnesses could impact game outcomes. And indeed, Perron is one of the Blue’s most impactful players.
So what if it was determined that he was the victim of a “false positive” virus test? What if the games he was forced to sit out were critical, and the Blues lost them?
In most cases, bettors would likely know that information before the games. But what if they didn’t? What other types of criteria could skew a game result? Or a potential playoff position or even a series?
It’s an essential question if the public is going to be wagering real money on live games.
An even larger question is if it was a good idea for the league to sign on to this in the first place. I’m sure the NHL did due diligence before getting into this. But then there are those unforeseen variables, like false-positive COVID tests...
COLORADO AVALANCHE FORWARD Nazem Kadri has been suspended by the NHLDPS for eight games. The only way he’ll play in another game this year is if the Avs advance in the SC tourney.
The suspension is the result of an illegal check to the head of STL Blues defenseman Justin Faulk. The STL D-man did not return to G2 and sat out of G3. His status for G4 is unknown at this time.
There is much known about Kadri, though. The suspension from the league will be his sixth.
If my count is correct, this will take him to a total of 25 games he has sat out due to on-ice infractions. He has had several fines levied against him, too, not to mention salary lost due to games lost in this manner.
I have watched this player throughout his career and others who seem to have this behavior in their system. The one thing they have in common is how hard it seems for them to shed this behavior.
Some analysts state that inconsis-tencies in league disciplinary decisions lead to behaviors like this within some players. I can buy that to an extent.
But whenever an issue like this arises, I’ll watch a clip many times before forming an opinion.
In this case, if Kadri brings his elbow down 12 inches, this situation never happens. So, why didn’t he? PEACE