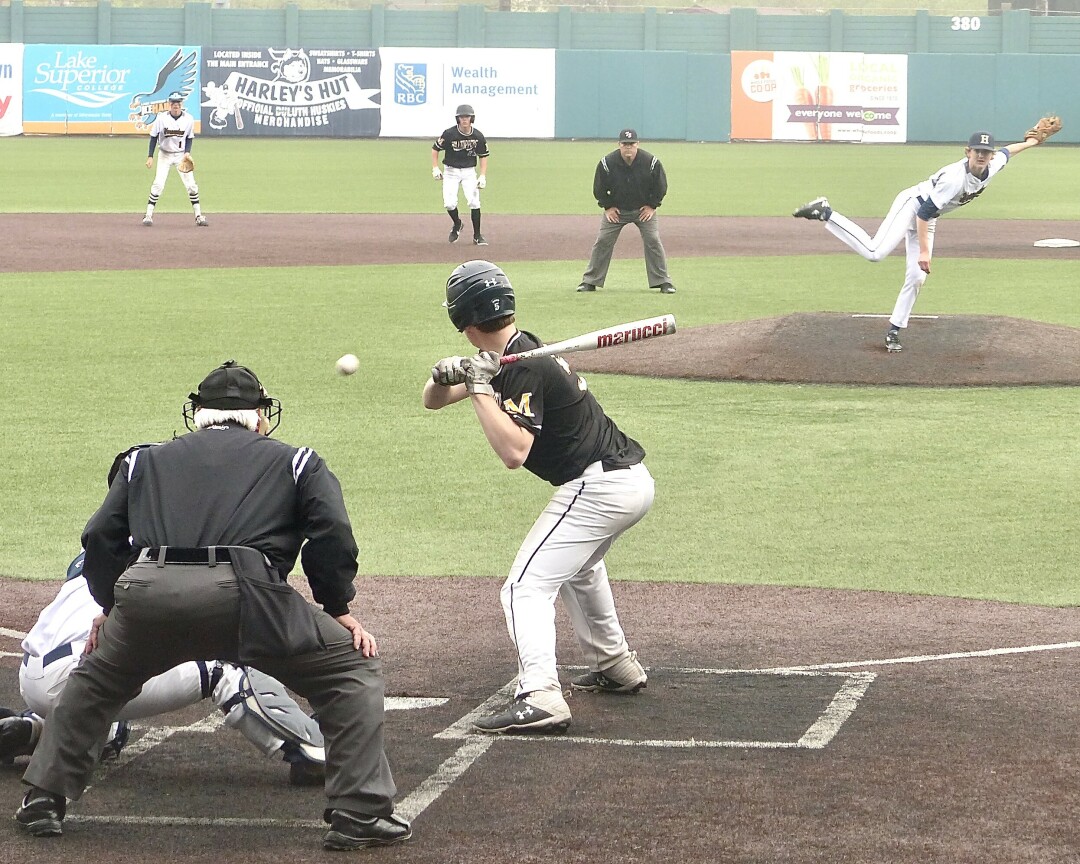 As we rise up from our COVID-19 pandemic seclusion to attempt to restart normal life, our memories of this past year will remain indelible, and maybe we can add new ones to the memory bank.
My personal emergence will come at noon on Saturday at The Bookstore at Fitger’s, where I will be doing a belated book-signing of Miracle in Lake Placid, my book looking back 40 years to the 1980 U.S. Olympic hockey team’s legendary Gold Medal performance at Lake Placid.

The pandemic hit just when I had done several signings, been interviewed by Chelsie Brown on WDIO-TV in Duluth and by several nationally syndicated and satellite radio broadcasts around the country. My exclusive notes of previously unused comments from that epic 4-3 victory over the powerful Soviet Union and the follow-up triumph over Finland are in the book. The gold medal by the Herb Brooks-coached Team USA has been declared by Sports Illustrated, among others, as the greatest sports achievement of the 20th century.

We’ll set up shop in the hallway outside the Bookstore at Fitger’s from noon until 2 pm Saturday to sign books and discuss those games with anyone still seeking an awakening of that stirring couple of weeks that it was my honor to attend and write about.

This week, we see how surprising the Stanley Cup Playoffs can be.  The Wild got off to a roaring start in their Best of 7 Stanley Cup first-round playoffs by winning the opener in a 1-0 overtime thriller on a goal by Joel Eriksson Ek that captured the fancy of Minnesota sports fans and even an indifferent media in the Twin Cities.

But as soon as they pulled all sorts of media muscles climbing onto the bandwagon, they got flat feet from jumping off it – as Glen Sonmor used to say – as the Wild offense was completely stifled by Vegas goaltender Marc-Andre Fleury and a rock-solid defense.
Being swept at home in Games 3 and 4 suddenly put the Wild up against elimination Monday night in Las Vegas. 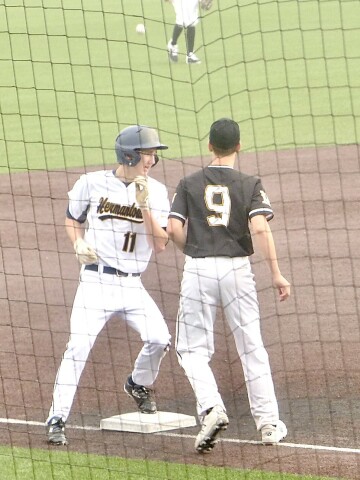 The throw from the outfield arrived at third base, but not before Aaron Pionk got there with a bases-clearing triple in the sixth inning to give Hermantown an 8-6 victory over Marshall.

Zach Parise was belatedly sent into the lineup back at home, but he became just another Wild player being knocked around by the Knights, who appeared headed for a showdown series against Colorado, after the Avalanche snuffed St. Louis in four straight.

Just as big a surprise was Winnipeg, winning the first three against Edmonton’s high-scoring Oilers. And physical play had its way when the Boston Bruins pounded the Washington Caps 4-1 in a 5-game series.

Then, just as suddenly, the Wild pulled off the reversal in Las Vegas Monday night. After spotting the Knights a goal, the Wild finally found someone (Mats Zuccarello) who could make a pass to Kirill Kaprizov – goal! – and they let Zach Parise do his thing at the net – goal! – and big Jordan Greenway crashed the net for a shot and two rebounds – goal! – and the Wild grabbed a 3-1 lead.

Despite being outshot 22-1 in the second period, Cam Talbot held on in goal and the Wild prevailed 4-2 to send a very different looking series back to St. Paul for Game 6.

The Wild had earned our hope to give sports fans something to cheer for after the Twins seem to be sputtering along vying for the worst record in Major League Baseball, as the hitting that never materialized has been joined by faltering pitching from the starters and relievers.

Luckily, we could perk up for Phil Mickelson becoming the older golfer to win a major as he won the PGA tournament just as he’s turning 50.

That leads up to this weekend’s 105th Indianapolis 500, where Scott Dixon claimed the pole position for the fourth time, undercutting Colton Herta by 0.03 seconds with a four-lap qualifying run averaging 231.685 mph to 231.665. Rinus VeeKay grabbed the outside front row spot for what should be a wide-open battle of survival in the race.

St. Scholastica and Wisconsin-Superior both had their hope end in the Division III regional NCAA tournament, where St. Thomas won the regional in Waverly, Iowa, by beating St. Olaf 3-0 in the title game, avenging the MIAC playoff final loss to the Oles.

The scrambling of regional high school baseball and softball games led me on some wild chases to find rescheduled games last week, and a few strange and thrilling results followed.

Possibly the best game of the season came when Marshall was supposed to play at Hermantown in a Lake Superior Conference baseball game. I arrived to find nobody there.

Guessing correctly, I hustled down to Wade Stadium, and, sure enough, the teams had hastily rescheduled there because of the soaked field at Hermantown. The game stood 5-5 after Marshall scored twice in the top of the fifth.

In the top of the sixth, Marshall’s batters looked like they had been given an all-day take sign, and the Hawks lost their edge when three Marshall batters in a row walked to fill the bases.

Mason Boos, a freshman shortstop for the Hilltoppers, stepped in and promptly lashed a single to center field. That brought in the go-ahead run, but a strong throw from the outfield erased a second runner trying to score.

Hermantown’s Aaron Pionk came in to relieve, and got out of further trouble. 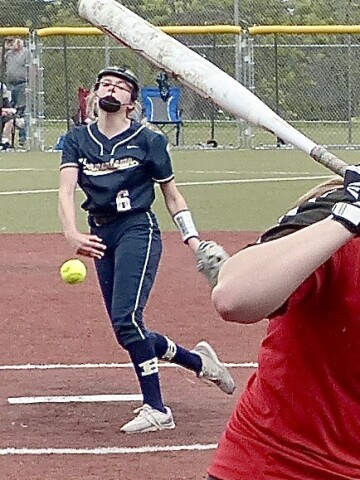 Down 6-5 in the last of the sixth, now it was the Hawks turn to turn to offense, and they promptly loaded the bases, when up came Pionk, a senior who starred in hockey for Hermantown and was not about to let this one get away. Pionk ripped a shot to deep left-center, clearing the bases and beating the throw in for a 3-run triple.

Pionk went back on the mound and finished the job for an 8-6 Hermantown victory.

Hermantown, of all schools, was about to play East in what should have been an interesting high school softball game – but it wasn’t. The Greyhounds had an off-day that was one of those complete team efforts coaches talk about.

Hermantown got an early lead, and suddenly everything they swung at got through. East couldn’t function, making numerous errors and misplays, and after three innings, Hermantown had piled up a whopping 23-2 lead!

The three innings may have consumed a record for time, and the Greyhounds had had enough.

But instead of capitulating, cooler heads realized that it wouldn’t be a complete game unless they played to the halfway point. So they went back on the field, and ninth-grader Lindsey Ewer finished off a potent pitching performance and the Hawks won, 23-2.