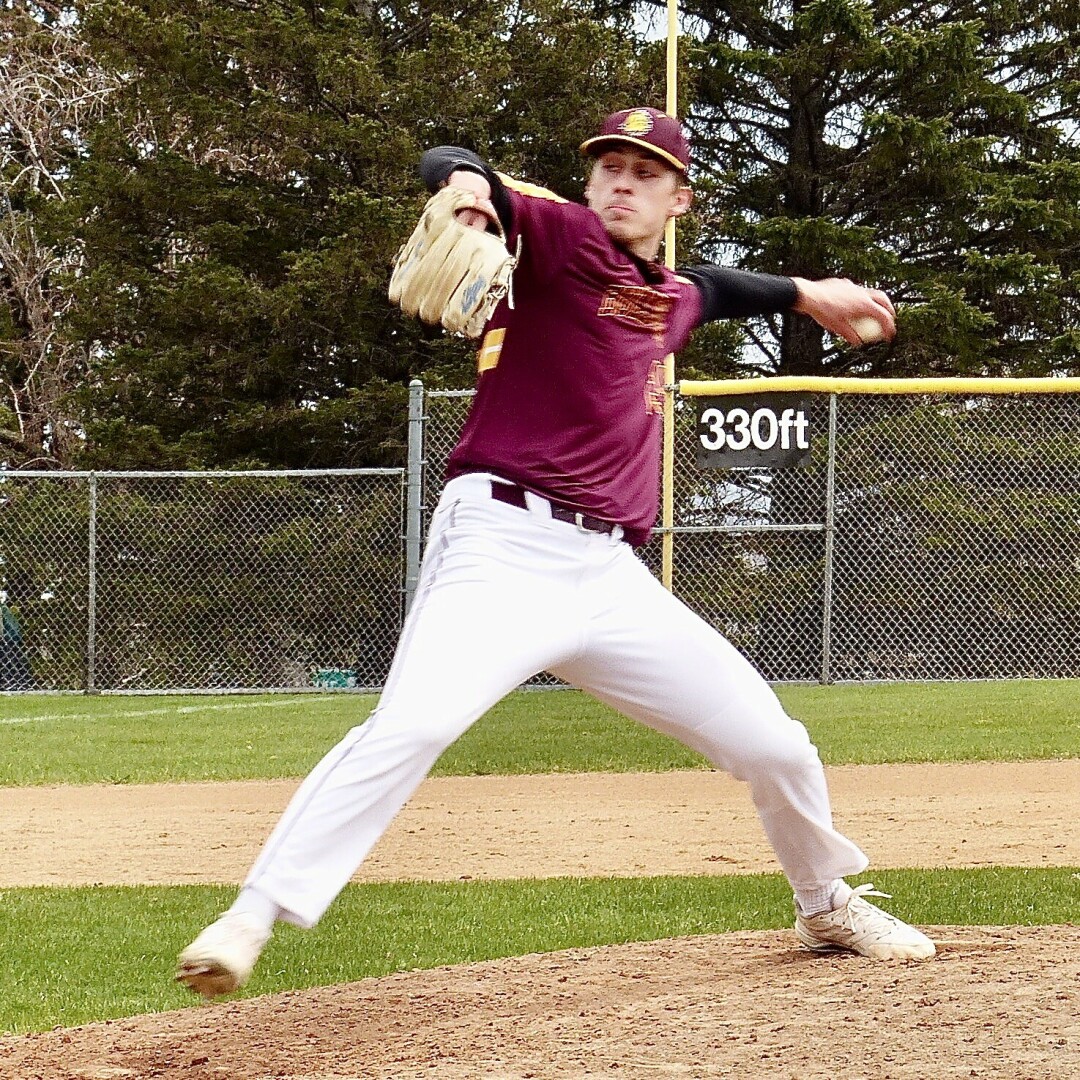 The Esko and Duluth East softball players had gathered up their gear and were walking toward the parking lot at East’s home field after Esko had won a 3-2 game in spectacular fashion to stay undefeated at 6-0 last week.

It was one of those “total team victories” that coaches appreciate so much, but Miranda Kelley, a senior who is also the shortest player on the Eskomos roster, had pitched a masterful game, aided by some outstanding fielding that went right down to the final play of the game.

“There’s a lot of discussion about whether you’re 5-feet tall, or 4-11,” I said to her as I fell into step with them.

Her eyes flashed out from under her long, black hair. “I’m 5-feet – and you’d better write it that way,” she said.

She thanked me for the compliment, but the way she kept pouring strikes into the zone against East made me consider telling her the story about Jack Morris and the greatest game ever pitched by anyone wearing a Minnesota Twins uniform, but I was pretty sure she had never heard of Jack Morris.

It’s just that her coach, Huff Emanual, had told me about making a visit to talk to her in the last inning, when East was trying to put the finishing touch on a comeback from a 3-0 deficit.

There are those who say that the dependence on analytics has ruined Major League Baseball, and the 2021 Minnesota Twins and their fans might well agree with that assessment.

The dependence on computerized probabilities has replaced the some-times brilliant hunches of lifetime baseball people, and taken away a lot of the romance of the game.

You have to go back 20 years, to the fall of 1991 to be precise, to awaken the memory of the best example of when a manager didn’t depend on any computer figuring, and could call his own shots, back when the Twins were facing the Atlanta Braves in Game 7 of the World Series.

Jack Morris, St. Paul’s own future Hall of Famer, was pitching for the Twins against John Smoltz, an eventual Hall of Famer for Atlanta, and the two waged an epic 0-0 battle.

Smoltz blanked the Twins for seven innings, then went out for relief, but Morris kept going. He completed nine innings, with the score still 0-0, and after that inning, Morris strode through the dugout to get his glove when he passed manager Tom Kelly.

Before Kelly could speak, Morris abruptly said: “This is my game. Don’t even think about taking me out.” 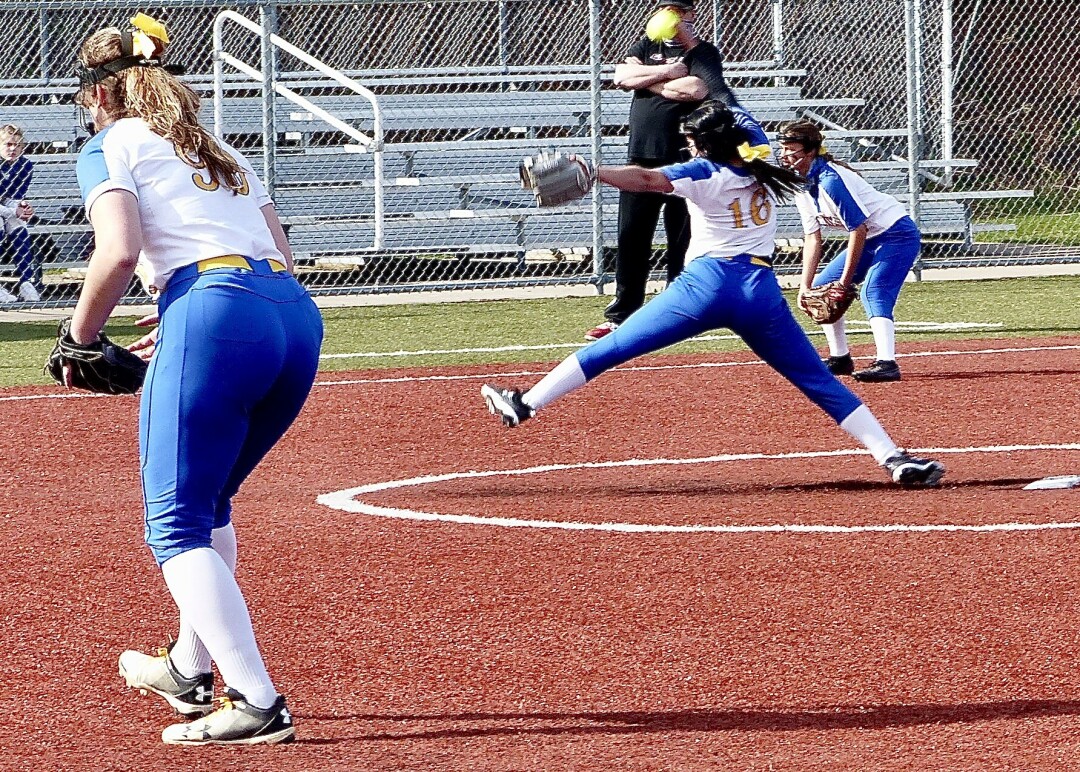 Miranda Kelley may be about shoulder-height to some of her teammates, but her pitching has propeled Esko to a 6-0 start. She pulled a Jack Morris by telling her Esko coach “I got this,” before escaping with a 3-2 victory at East. Photos by John Gilbert. 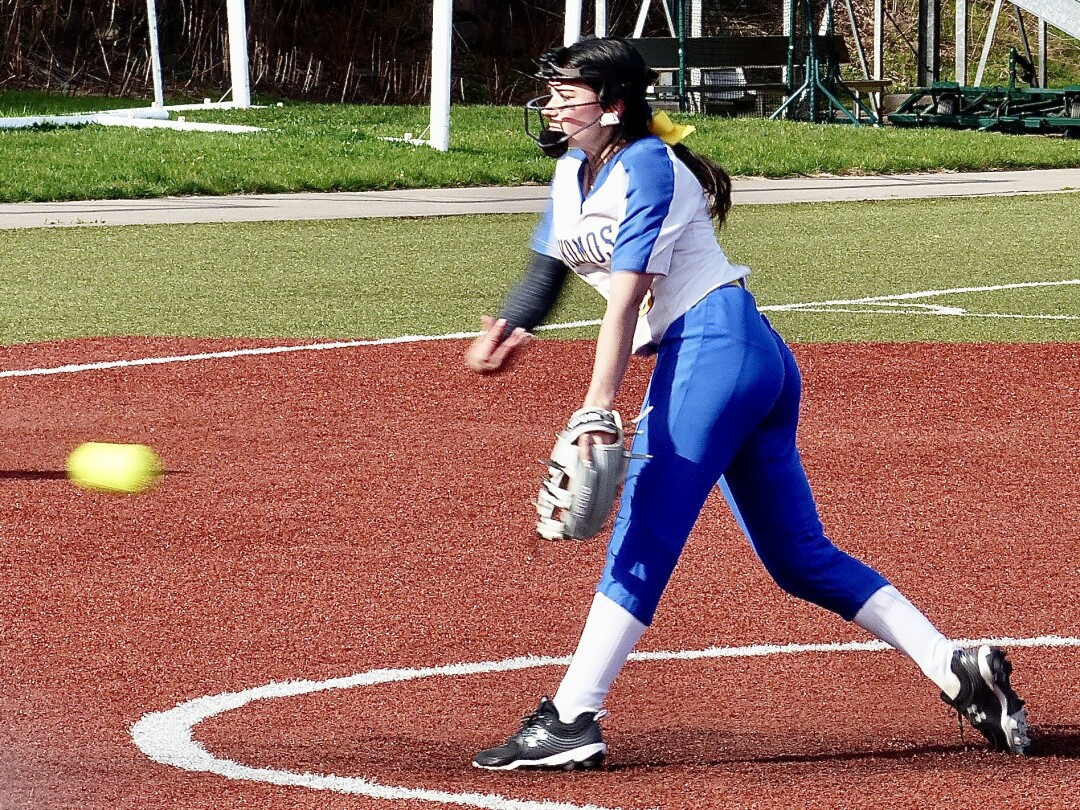 Kelly didn’t argue, and Morris stalked out to the mound, blanked the Braves in the top of the 10th in one of the guttiest performances in World Series annals, and the Twins won it 1-0 in the bottom of the 10th on Gene Larkin’s RBI single.

That game was ranked by Morris as the greatest in his career, when he was inducted into the Hall of Fame.

Can you imagine today what would happen if Jose Berrios was throwing a shutout and manager Rocco Baldelli decided to yank him because of analytical demands?

While there’s still time, let’s flash forward to last Friday afternoon at Ordean Middle School, where Duluth East’s home softball field has been built. The coronavirus shutdowns and cancellations have hit all area sports teams, and the Greyhounds have been hit harder than most.

Still, East is almost always strong in softball, and Esko is always competitive, despite the difference in enrollment of the two schools.

It was a swift and entertaining game, with both teams smacking the ball around, and both teams executing defensively, unable to string together enough for much offense.

Esko gained a 1-0 lead, and the teams had a very interesting exchange of tactical squeeze bunts. One of those coach’s hunches, when Emanuel sent Olivia Johnson up to pinch-hit, led to a run as she ripped a double to the fence in left-center.

“We hit the ball hard, but it was tough to score,” said Emanuel. “Every-body contributes. Lily Hanson got a nice hit up the middle for a run, and then we played a couple of ‘small ball’ plays to get a couple more runs.”

Those were the squeeze bunts, which Esko executed perfectly, not once, but twice. The Greyhounds played it safe and made defensive plays to take the “sure out” at first base, but in the process fell behind 3-0.

When the Hounds attempted to squeeze with the bases loaded on their next, Esko pitcher Miranda Kelley twice pounced on the bunts and threw the runners out at the plate.

East finally broke through for a run, and when the game got to the last of the seventh, East got another run to trail 3-2 with runners on second and third, and an intentional but unintentional walk loaded the bases.

Emanuel called time out and took a stroll to the pitcher’s circle as the infielders jogged in to hear the strategy.

“Before I could say anything, Miranda said, ‘I got this,’” Emanuel said later. “And I said, ‘I know you do. I just came out to settle things down and make sure everybody is focused.’ We’ve got really competitive kids, but Miranda is a little spitfire,” he added, trusting her determination completely.

A few seconds later, the Greyhounds appeared to have pulled out the tough victory when a line drive was sent to right field.

Backing up hastily, second baseman Breana Stark reached up high and caught the ball as she fell on her back, but the ball never jarred loose from her glove, and the Eskomos had escaped with a 3-2 nail-biter victory.

“We’ve got five seniors who start, and that’s our infield,” Emanuel said. “Miranda isn’t even 5-feet, and Breana is 6-feet tall – and we needed every inch on that last play.”

Esko has 400 kids in its high school classes, ninth through 12th, which is about exactly the same number as East has in each of its top four grades. They play in different high school classes, but when it comes to sports competition, you can’t measure heart with numbers.

As the players loaded the bats and equipment, I approached the dugout and found they were joking around as if there had been no pressure on them.

“Was this the best game you’ve played?” I asked.

“Not sure,” one of them said. “Our first game, against Cloquet, was pretty exciting.”

Unconvinced, I asked Emanuel about that, because this Esko-East game was the best I’d seen all season.

He pointed out that against Cloquet, Esko jumped ahead 9-2 with a 7-run second, but Cloquet came back, hitting the ball all over the field and scoring in each of the first six innings to take a 13-9 lead through six innings.

But the Eskomos came back for four in the last of the seventh, and escaped with a 14-13 victory.

OK, so maybe beating East was just another chapter in a very exciting book the Eskomos are authoring this spring. It all falls into place, as long as your 4”-11” pitcher throws as if she were 10 feet tall.
The UMD baseball team has had a horrible start to the season, but it playing inspired ball now, which shows great character.

The Bulldogs beat Southwest Minnesota State 5-1 Sunday in the first game of a doubleheader, as lefty

Mitchell Waletzki got through the first five innings and got solid relief from Paul Petit.

Then the Bulldogs spotted Southwest a 5-2 lead through the top of the third before coming back for a 6-5 victory and a sweep of the doubleheader. Tim Pokornowski of Cloquet hit a 2-run homer to get the Bulldogs started, and they scratched and clawed for the rest.

Saint Scholastica’s UMAC championship sends the Saints sailing into the playoffs of their final UMAC season, and before this week’s final tune-up, pitchers Haley Rosenthal and Olivia Howe have identical 16-2 records for an imposing tandem.