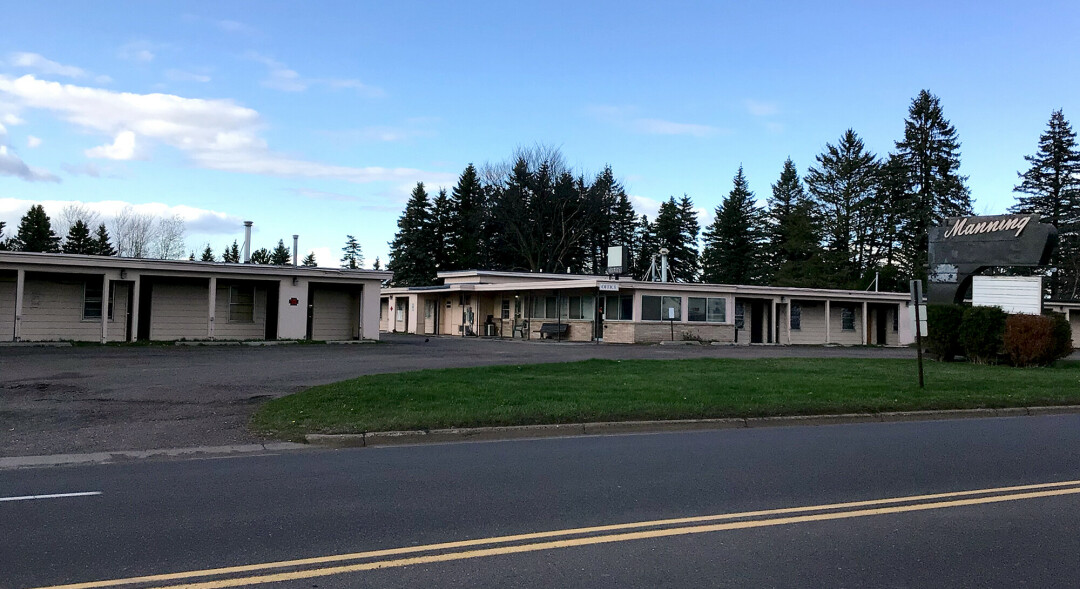 Manning Motel will be razed for new dealership.

Chris Kari is proudly preparing to move the business his great-grandfather Edwin Kari began in the 1920s as a bicycle business into its 21st century incarnation, in a brand-new building at the foot of the Bong Bridge.

“It’s been something I’ve been working on for more than a year now, searching out locations,” he said.

“We kind of settled on a location near the Bong Bridge, where the Manning Motel site is now. We were able to work a deal with the property owner and we closed and purchased that [on April 30].”

The approximately nine-acre property is just off Belknap Street in Billings Park.

“We figure we want to use about six acres for the dealership,” Kari said. “We have the hopes of having other retail coming in on the other three acres.”

Asked if there is a timeline, Kari said it’s still too early in the process and on the back of the pandemic.
“So many industries are in backlog due to the pandemic. Building materials are hard to get. Copper, aluminum, construction steel, they’re all very high-priced right now. And as far as deliveries go, it’s hard to say at this point. It’s hard to put a timeline on it. We’ll move forward as we can.”

While the car dealership has expanded at its current downtown Superior location since first putting up shop there in 1940, but there’s no room for growth, especially with the coming of the Cobblestone Hotel & Suites right next door on Tower Avenue.

“We’re excited about it. This is our 88th year in business. I’m the 4th generation owner of the business. It’s a good move for the future of our family and our small business,” Kari said. “For us, we’re Superior born and bred. We’re the only new car dealership where the owner actually lives in Superior, so for us, it’s important for us to reinvest in Superior, in a nice new facility for the residents of the Twin Ports. It’s just right off the Bong Bridge. Well over half our business comes from Minnesota. This makes it a quick, easy jaunt over the bridge, so it will be nice to be there.”

A new location and plant will allow Kari Toyota to think of the future of the industry.

There’s a lot of things we’ll be looking at,” Kari said. “The future is moving toward electric vehicles, so maybe well put in electric charging stations. There are a lot of things beneficial to having a new building and we can adapt to how the future of our industry is changing We’re excited to take this step. It was a long journey to even get here for us. It’s not like we’re going to break ground tomorrow, but I’m excited that we’re moving forward.”

And, it has to be asked, is there a fifth Kari generation being groomed for the business?