History of the best and worst 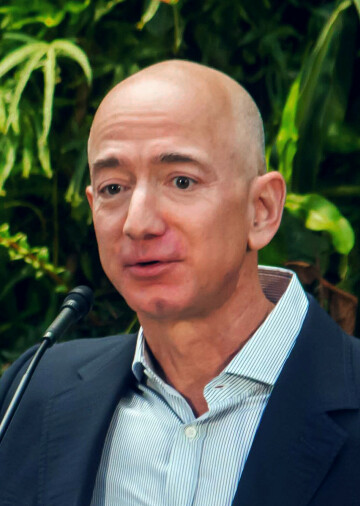 Charles Dickens wrote about real history, not fake, in his novels. In Oliver Twist, David Copperfield, Bleak House, A Christmas Carol, A Tale of Two Cities and 10 others, he wrote about debtor’s prisons, workhouses for the young, poor houses for the old, and the perversions of economic inequality illustrated by the estates and the magnificent mansions of the rich. Think of Downton Abbey and Windsor Castle.

Published in 1859, 60 years after the French Revolution, the book explored the period of time when the French and English aristocracies were forcing starving peasants of both countries to sharpen their pitchforks. While the aristocrats and the inheritors of great wealth lived luxuriously in their lavish, elegant mansions and castles, the poor and peasant families often lived in one room or in dirty, filthy rooms on the estates.

London had a population of about one million in 1800. In London, out of every 1,000 children born, about 500 died of malnutrition, bad water, often rotten food, and poor hygiene before the age of two. I couldn’t find any figures for Paris and France, but one can assume they would be similar.

In both countries about one-third of poor women ages 15 to 20 worked as servants. They lived “below stairs.” Desperate orphans roamed the streets and alleys of Paris and London. There were no regular schools for the poor in either country.

While the rich ate from sumptuous buffets and dinners and attended opera and theater, the poor tried to survive on bread and potatoes. Meat was an uncommon luxury.

During this period machines were gradually replacing many workers at their jobs, particularly in the cloth industry. This is what Dickens wrote about.

Perhaps you remember the scene in the workhouse mess hall when young Oliver Twist asked the supervisor: “Please, sir, may I have some more?” The entire staff and boys were shocked into silence by his question.

There are just a few of our multi-millionaires and billionaires of our plutocratic “aristocracy” and inheritors of great wealth who now realize we have reached the level of Dickensian economics that brought about revolutions in France and England in the 18th and 19th centuries.

Abigail Disney, the 61-year-old very rich granddaughter of Walt Disney who, with his brother Roy, founded the Walt Disney Company in 1923, has been giving money ($72 million so far) away since in her 20s after she realized her inherited fortune made her miserable. She has been helping women in prison, women living with HIV and victims of domestic violence.

Disney is one of the superrich calling for a wealth tax to be paid by the wealthy, because with the pandemic, we are slipping back to a Dickensian world of the best of times for a few and the worst of times for the millions.

She says: “Throughout the pandemic, the poorest have been forced to continue to work, risking their lives, while the rich stay at home…and those going to work in lifesaving essential jobs, are paying more in tax (proportionately) than the wealthy who are safe at home. We are all humans at the end of the day, and we need to look after each other. You know, these billionaires are modern-day Ebenezer Scrooges. Because they are looking straight at Tiny Tim and saying: ‘No, f--k you, I won’t pay for your crutches.”

Disney is the spokesperson for the Patriotic Millionaires movement for raising taxes on the wealthy, now reaching more than 200 members, a tiny percentage of the millions of millionaires and 7,000 billionaires in the world.

Charles Dickens traveled to the Divided States of America in 1842 and 1867 to make a pile of money reading sections of his novels to adoring Americans. On one trip he made $140,000, equal to $2 million today.

As he traveled the country, he saw many issues that were also plaguing England and France. His conclusion: “I am disappointed. This is not the republic of my imagination.”

He hated the spitting of tobacco everywhere – and particularly the smelly spittoons – everywhere.
American politicians, like most Americans, were motivated by money, not good government or ideals.

He wrote: “Washington is the home of despicable trickery at elections, under-handed tampering with public officers, and cowardly attacks upon opponents by hired pens for daggers.”

During the pandemic the rich are in hog heaven, the poor in hunger hell

During the first 14 months of COVID-19 there has been a 69% increase in the use of food banks across the country. Four in ten users are new families. Twelve million are still unemployed and 18 million are on unemployment insurance, while the real unemployment rate is about 10%.

Millions of renters are facing eviction when the no-eviction rules are dropped. Hundreds of thousands of homes will be foreclosed on because of unpaid mortgages.

Thousands – some estimates are around 48,000 – will die because of lack of medical care and the                  inability to pay for prescription drugs. Another 90,000 will probably die of heroin and fentanyl overdoses again in 2021 because of disgust, despair and hopelessness in their personal lives.

Because of 580,000 pandemic deaths, our life expectancy will again be reduced. Death is a problem in the Divided States of America, but so is life.

Sack the cartoonist summarized the philosophy of the Trumplican Party on immunity: “It is immune from facts, logic, reason and science.” To me, it’s the “born again” Know-Nothing Party. What are Trumplicans for? Most Democrats recognize that government must play a role in creating and maintaining a society which works for everybody from the poor to the plutocrat.

What on earth are Bezos and Musk doing for earth? The answer: Nothing!

The two richest men in the world treat their workers like the aristocrats did back during the best of times and the worst of times.

Jeff Bezos of Amazon seems to be more interested in moving to space instead of living on Planet Earth with his fellow humans. His main interest in life now is building huge extraterrestrial colonies in space that will house millions of earthlings on large structures miles on end. He is definitely not in favor of paying his stressed-out, pissing-in-bottles, harassed, sweating workers a living wage.

He just spent millions to fight the unionization of one of his “fulfillment centers” in Alabama. Most of his fulltime regular workers qualify for food stamps and Medicaid, which taxpayers cover. He claims he pays $15 an hour for a full-time worker. He doesn’t say that wage is less than half of the U.S. median family income.

Meanwhile, his $1.5 trillion com-pany made a $14 billion profit in 2020-but paid a federal tax rate lower than his truck drivers, line workers and forklift drivers paid. Amazon paid no federal taxes at all in 2017 and 2018.

Elon Musk of Tesla electric cars and Space X fame continues to battle Bezos for the richest-man-in-the-world spot. He is also preparing to leave this Planet Earth for Mars.

Musk is even more anti-union than Bezos. When his California auto work-ers threatened to bring in a union, Musk fired and disciplined workers and violated National Labor Relations Board laws for interrogating workers and barring them from communicating with the media.

Musk wants to start a colony on Mars in 2026 if all the details can be worked out. He already has some billionaire volunteers.

Regardless of how well their corporations are doing, CEOs continue to garner many millions, either by salary, by stock dividends or other methods of payment. The stock market has been turned into the Wall Street Casino for the entertainment of the rich who have run out of places to put their huge stash.

For the typical worker in the same period? 14%.

Boeing lost billions because of the grounding of 400 737 Max planes and the pandemic eliminated a lot of passenger miles. It laid off 30,000 workers – but punished CEO David Calhoun by paying him $21.1 million.

Norwegian Cruise Lines had great difficulty surviving the year because nobody could “cruise.” It lost $4 billion and laid off 20% of its staff. For some reason it punished him by doubling his salary to $36.4 million. It’s a tough demanding job, I guess.

‘Bring the guilty bastards in and...’

As a Marine Corps officer I served on a number of courts-martial boards for common and uncommon military offenses.

In lighter moments our informal pledge was: “Bring the guilty bastard in, give him a fair trial, and then hang him.”

I hope the Internal Revenue Service has the same attitude about rich tax evaders who use tax havens in Panama, South Dakota, Cayman Islands, Delaware, Bahamas, Monaco, and a thousand more around the world to pay less rates than teachers, cops, bartenders, and Joe and Joan Sixpack. (Years ago over 32,000 corporations had their “main home offices” in one building in the Bahamas. I wonder if it is still true.)

By 2013 at least $381 billion in tax revenues were not collected. That’s half of the annual Defense Department budget!

The IRS inspector general recently estimated that taxpayers with an average income of $1.6 million had an uncollected balance of $2.4 billion.

It’s time to fund the IRS so we can bring the “guilty bastards” to account and pay up.