‘Shrapnel to the Heart’ and other glimpses of militarism 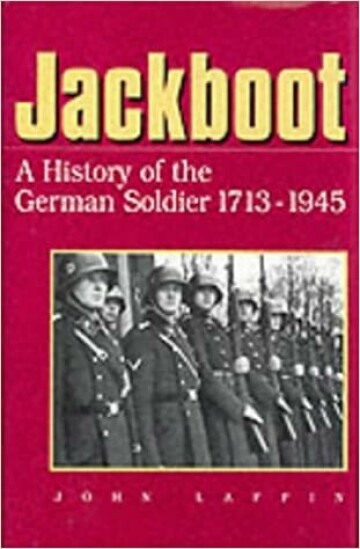 Ex-Marine sniper Anthony Swofford wrote a book, published in 2003, about his experiences “serving” in Kuwait in Gulf War I. The book was titled Jarhead: A Marine’s Chronicle of the Gulf War and Other Battles.
Jarhead is a sobering inside look at the life of one U.S. marine. I enclose some sobering excerpts below from the book.
When I read the book, I recalled a quote from a U.S. Marine Corps officer from years ago that contradicted the famous quote from military veterans who had experienced the horrors of war.
“War is Hell” they say over and over again. This particular marine “lifer” however asserted that “Peace is Hell.”
By that I suppose that he meant that advancing in rank was very difficult in times of peace. Combat experience meant medals and promotions. Wars are essential for career and pay grade advancement.
One can be certain that thousands of U.S. corporate war profiteers, and more than a few U.S. presidents and politicians, resonate with that notion. Being a war president is a heady experience in macho, militarized, competitive, capitalist nations.
Swofford is a talented and brutally honest writer. He mentions his loss of memory about details, but on page 3 he writes: “I remember about myself a loneliness and poverty of spirit; mental collapse; brief jovial moments after weeks of exhaustion; discomfiting bodily pain; constant ringing in my ears; sleeplessness and drunkenness and desperation; fits of rage and despondency; muting of the self; lovers to whom I lied; lovers who lied to me. I remember going in one end and coming out the other. I remember being told I must remember and then for many years forgetting.”

Glorifying “Fight, Rape, Pillage And Burn”: Apocalypse Now, Platoon and Full Metal Jacket were not universally regarded as anti-Vietnam war movies
Early in his book, Swofford reveals that the classic anti-Vietnam war movies like Apocalypse Now, Platoon and Full Metal Jacket are actually regarded as pro-war movies by many indoctrinated soldiers and marines. Such movies were often used to energize his fellow Marines in anticipation of going into combat.

Swofford wrote, “we watch the same films and are excited by them, because the magic brutality of the films celebrates the terrible and despicable beauty of (our) fighting skills. Fight, rape, war, pillage, burn.”
At the end of the book, Swofford says: “To be a marine, a true marine, you must kill. With all of your training, all of your expertise, if you don’t kill, you’re not a combatant, even if you’ve been fired at, and so you are not yet a marine: receiving fire is easy-you’ve either made a mistake or the enemy is better than you, and now you are either lucky or dead but not a combatant. You will receive a Combat Action Ribbon, and if unlucky enough to have been hit but not fatally, a Purple Heart, or if you’re hit fatally, your mother will receive your Purple Heart, but whether you are dead or not, you haven’t, with your own hands, killed a hostile enemy soldier. This means everything.

“Probably, you are incorrect, and you would be insane or dead by your own hand if you’d killed one or all of those men. You would’ve been a great killer. You would’ve been a terrible killer.
“If you’d killed those men, you would’ve told your mother, ‘No, I never killed anyone,’ and even though you have indeed killed no one and have told your mother this, still she has said, numerous times, while weeping, ‘I lost my baby boy when you went to war. You were once so sweet and gentle and now you are an angry and unhappy man.’”

Jarhead should be required reading for anybody who opposes their nation’s militarism, especially the current U.S. pre-emptive wars of aggression. The book should also, of course, be read by those who are neutral or indifferent about those wars (that meet, incidentally, the definition of international war crimes and crimes against humanity). Swofford will clear up a lot of myths about the glory of war. He deserves our thanks.

Another book I read and recommend was titled Jackboot: A History of the German Soldier 1713 – 1945. There are a number of similarities to Jarhead.
Jackboot was written in 1965 by Jack Laffin, an Australian WWII veteran, a military historian and an author of scores of books with war themes.
In the Prussian military, two classes of human beings existed – Soldiers and Swine.
Jackboot describes military attitudes and actions from the long tradition of Prussian militarism, a system that violently and tragically dominated Europe for two centuries.
Prussian militarism eventually ended in well-deserved disgrace (the deaths and maiming totaling hundreds of millions) when Adolf Hitler’s “Thous-and-year Reich” went down in flames and rubble.
Anybody with an open mind that reads either book will recognize that, despite the documented bad endings to either of these stories, the myths about the glory of war are still being perpetuated, in various versions, in our militarized world.
Below are some sobering excerpts from Jackboot:
“All ranks were told in as many words that only two classes of human beings existed – soldiers and swine. This attitude was not new and it never ended.”
“Members of the Hitler Youth were specially examined to determine general conduct in service, such as their orderliness, reliability, subordination and punctuality, attitude towards superiors and comrades, intellectual capacity and leadership qualifications.”
“For fiscal year 1936-7, 67 % of the German budget was spent on armaments. Nobody complained.”
“In 1920, a German Staff Officer revealed that the senior cadets at officers’ training schools practiced orgies of torture on the junior boys, sticking them with knives and needles, sewing their trouser buttons into their flesh, tying the victim up for hours in a kind of improvised pillory with his limbs extended until he collapsed, and numerous other ingenious malpractices.”

“Boy cadets – the youngest were only ten years of age – had been especially well indoctrinated. From rising in the morning to lying down at night they did everything as a drill. The last order at night was a shouted ‘Achtung! Go to sleep!’”
And many more examples of man’s inhumanity to man are told in both books.
Laffin concludes his book with this statement that resembles the Nazi propaganda following WWI and the excuses and desire for revenge of the militarists following the U.S. defeat in the Vietnam War (“We had one arm tied behind our backs. We should have nuked the gooks.”):
“No German soldier is ashamed of the defeats of World War II. On the contrary he is proud of them, for he is being fed on the theme that only heroic German troops could have held out so long against such odds. Regimental museums are flourishing again – a sure sign of high spirit. The Germans do not question the fact of defeat; they say that they were unfairly defeated.”

Former German S. S. men say ‘Our day will come. If not in this generation, then the nest.’”
“Today’s armies, the world tells itself, exist to keep the peace. The Germans know better; an army exists to make war. ‘Germany must triumph‘ says a Nazi veteran who is quoted in the final sentence of the book, Peace is Ignoble.”
Neither book considers the post-war psychological and spiritual consequences of the war experience. In that regard, I conclude with a poem, written by poet Chris Woolnough, an internet friend of mine. Chris is the long-suffering wife of a severely psychologically-traumatized Vietnam War combat veteran. I have long been impressed with her poems that describe so poignantly the realities of combat-induced posttraumatic stress disorder.

Combat-induced PTSD, in my experience, is the most serious, the most disabling and the most incurable form of this totally preventable – albeit virtually incurable disorder.
PTSD certainly occurred in the surviving Prussian soldiers of 1713 as it infamously did in American soldiers in the Civil War, Spanish-American War, WWI, WWII, Korean War, Vietnam War and all the colonial/police state “occupations” before and since.
And now again, it is occurring with a vengeance in our Gulf War I and II soldiers, not to mention their innocent civilian victims (80 - 90% of casualties in modern wars are innocent women and children), their families and progeny – on out to the 3rd and 4th generations.
Here is one of Woolnough’s many wonderful poems about combat-induced PTSD. For more of her poems, go to: iwvpa.net/woolnoughc/index.php

Shrapnel to the Heart
By Chris Woolnough
(January 2, 2005)

The war has long been over, but it restarted without warning,
A fierce and brutal fire fight began again this morning.
The soldier launched another attack; the “enemy” was in sight.
He loaded up his weapon; his aim was true and right.
I heard the round a comin’. It knocked me to my knees.
The fear engulfed my body. Should I fight - or flee - or freeze?
Do I duck and run for cover? Will he kick me while I’m down?
Should I stand and fire back at him? Or run right out of town?
It was then it hit me in that soft and fleshy part,
I’d been hit by friendly fire, as shrapnel hit my heart.
In an instant I was wounded; caught in that combat zone,
Feeling helplessness and horror, but I was not alone.
Before me stood my soldier with such anguish in his eyes.
I saw him shed a sorrowful tear before I stood to rise.
I knew it’s not the first time nor will it be the last,
My wounded one will strike again, haunted by his past.
“It’s only shrapnel from the war” - though the pain is oh so real,
Forgiveness is in order; it’s past time that we should heal.
We will survive, my haunted one - our love should never die,
Spiritual shrapnel in the heart should only make us cry.
Our battle now: take back our lives from the trauma of the war,
And we must keep right on fighting - harder than we’ve done before.