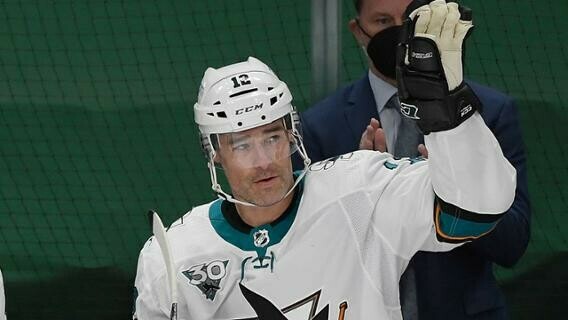 CARLTON PEAK – I have just finished watching the WILD take a back-to-back series from the San Jose Sharks. The club hung on for a 3-2 finish on Friday eve and then overwhelmed the Sharks in a 5-2 display on Saturday night.
Cam Talbot was between the pipes Friday while rookie Kaapo Kahkonen got back on the horse Saturday, playing for the first time since the last Friday night massacre in STL.
Were the Sharks a bit of a spent force in the Saturday tilt? Perhaps a little, but this is a Shark team unlike any we’ve seen in the recent past.
By and large, this team has been ultra-competitive the past 20 seasons or so. Between last season and this one, they find themselves on a downward trajectory.
I can’t speak to what they have in their pipeline or who they are developing at this moment, but if you examined their recent entry drafts, it’s a mixed bag. In the past four entry drafts, there aren’t many high-level picks, which indicates a slew of “win now” draft pick deals. They will have to pay the piper for this at some point and will have won no titles for having done this.

Oh, well, not to worry from my end. Should GM Doug Wilson be concerned, though? How about Coach Bob Boughner?
To further complicate matters, they are in possession of four contracts consuming roughly 42% of their salary cap. Two of the recipients of this largesse are two defensemen that can’t actually play defense by the name of Karlsson and Burns. They are splendid on offense, but when the points dry up, that’s a significant ouch to the SJS bank account.

Burns got his first goal in 22 games this eve. He is a -8 on this season gone south while Karlsson is a -6. Career-wise, Burns is a -15, and Karlsson is a -51.
What were you thinking Dougie, when you gave out these contracts? Yikes.
The Sharks are 18-26 this year and were 29-41 last season using the Sagarin W/L format. Holy Shark chomp Doug!
Enough on those two, though. When they have their offensive game working, their point production usually overcame their defensive deficiencies. And when not, it’s ugly.
Netminder Martin Jones isn’t having a stellar year or getting much help. He is 15-13, with below-average GA and SV% data. And since the club traded Devan Dubnyk, Jones will get the bulk of the work the rest of this campaign, threatening a Shark playoff opportunity.
The WILD, on the other hand, are playing some decent hockey. They might not stack up with the best of the best in every game but have been better than expected.
They have given Coach Dean Evason the ability to roll four lines most nights, and the “4th” line has been carrying some of the play the past few games. Evason prefers not to attach a numerical rank to his lines, and I couldn’t agree more.
Throughout this season, different groups have stepped up at just the right times to make this season a success thus far. So, how will the rest of this campaign unfold?
Most analysts agree that there are five “elite” teams in the league as of this writing. They are; COL, CAR, TAMPA, the VGK, and the MAPLE LEAFS. I’m unconvinced the Leafs should be that high, but they are top ten for sure.
There are two of the Wild’s West competitors in that rank in COL and the VGK. Can the Wild move up and secure home ice in the first round of the playoffs? Realistically, no. In terms of actual performance at this point, they look like this; COL, 43GP, 30-9-4 for 64 pts. VGK, 43GP, 30-11-2 for 62 pts. The Wild, 43GP, 27-13-3 for 57 pts.

In using some simple math and their current points percentage available, COL will finish out with approximately 83 pts. The VGK will end up with 80 pts, and the Wild at 74 pts. This evening ARI bumped STL from the 4th playoff spot, but the Blues have two games in hand. The SJS is in sixth at this time and appears unlikely to earn a spot.

That means the four spot will come down to STL and the Yotes. I have a feeling ARI edges the Blues by two points.
This translates to the WILD meeting the VGK in the first round of the Stanley Cup tournament. Is the VGK pretty good? Yes, they are. Can the Wild win a series from them? Yes, they can.
The WILD is 4-1-0-1 vs. the Knights this year, and they are 10-4 all-time against Vegas. That doesn’t mean this is how it might unfold in the playoffs, but I like the track record. It establishes confidence.
I’ll refrain from any more prognosticating until we are down the road a bit. There are still 13 regular season tilts to get through. Let’s hope for a solid accumulation of points and zero injuries.
ODDS & ENDS; I was recently asked why in the columns where I give the weekly “WILD data,” that I usually give a “W-L” figure under the Sagarin ranking. That’s how the Sagarin itself lists it.
Anything to the right of the win column they view as a loss, and somewhere along the line, I picked up on it and rolled with it. It makes sense to me despite the way the NHL views that.
In my opinion, the way the league awards points is a bit convoluted. However, I am against making any changes at this point to preserve some consistency.
This evening in St. Paul, longtime Sharks forward Patrick Marleau tied the NHL record for games played at 1,767. The record was held by former star player, the late Gordie Howe.
Marleau should move ahead of Howe Monday eve versus Vegas. When the feat was acknowledged during the first TV break in the first period, the WILD fans stood up, as they should, and applauded Marleau for this feat. Patrick is by and large considered to be one of the most humble and likable players in the league.