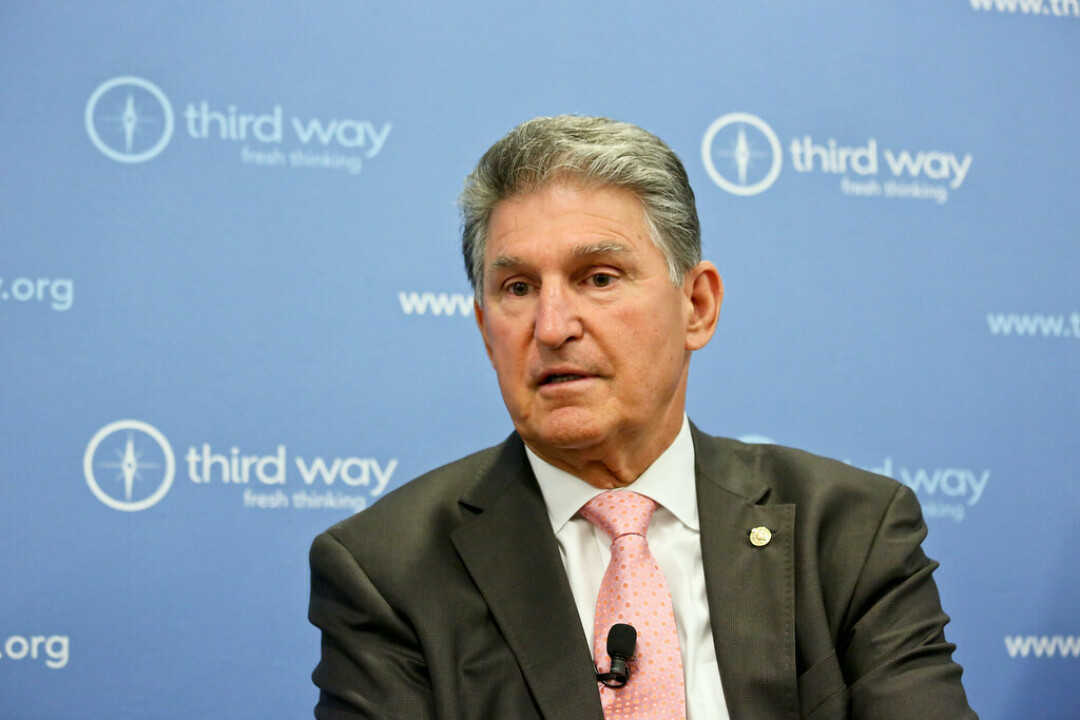 What are our national goals?

I imagine that every person who has lived as long as I have feels that they have lived in transformational times that may change the world.

At 89, I get up each morning eager to get to the TV and computer to see what has happened in the 24-hour news cycle. Sometimes I like what I see, sometimes I curse.
Yesterday, in an article about aging, I see that the odds I will not reach 90 is one in six. So today I hope I will get to 95.

I’m following the Minneapolis police murder trial with great interest because of my experiences with race over a lifetime. Whether the fired policeman will be convicted or not, I feel his trial will finally change our attitudes about the “differences” among “races.” The world is watching – and evaluating. The scientific evidence is that we all came out of Africa and that we were all affected by ultra-violet rays or the lack thereof.

Before I die I want to see Black slave Harriet Tubman replace White slave owner Andrew Jackson on our $20 bill. It will be a significant replacement.

I have lived through three years of King Jim Crow I in the South and almost 65 years of King Jim Crow II in the North. Last week I wrote about gay Alan Turing of Enigma code-breaking fame being placed on the English 50-pound note, establishing the fact that homosexuality is now accepted by a strong majority of thinking people in most countries.

Harriet Tubman was born a slave in the 1820s in Maryland and escaped to freedom in Philadelphia in 1849. An illiterate, but later called “a highly intelligent person,” Harriet assisted thousands of slaves to escape to Northern states and Canada on the now famous Underground Railroad.

It was against the laws of many slave states to teach Negroes to read and write. Harriet left no written records. During the Civil War she served as a scout, spy and nurse for the Union Army.

In one sensational military raid on a South Carolina plantation, she ended up leading 750 slaves to the safety of the Underground Railroad. She was described as a “small unstoppable woman who was always dignified.”

Tubman always insisted that God would not allow Abraham Lincoln to win the war unless he freed all the slaves. Tubman died in 1913 at an age around 90, dressed in the white uniform of a suffragette seeking the vote.

In 2015 President Barack Obama approved a plan to place her image on the $20 bill in place of Jackson, hoping it would occur in about five years. But King Donald was elected in 2016 and said he admired the slave owner more and said it was “political correctness” to put Tubman on the bill.

Before he left office, Secretary of the Treasury Steven Mnuchin said that “security requirements” might postpone the change until 2030.

I would like to see the Biden administration make it a priority to replace Jackson with Tubman by 2025. We need to add her $20 bill to history as soon as possible.

The National Intelligence Council has just issued an analysis of what the world might look like in 20 years. We have 16 separate intelligence agencies funded at a total of about $85 billion that contributed to the report, so we should pay attention.

Many countries are handling the virus so poorly their legislative time has been spent fighting about which political group did the worst job without attempting to solve the unique problems of their constituents. The pandemic is destroying levels of trust, reversing trends in human development and increasing economic inequality and poverty.

The report predicts a “rough ride” for the next 20 years because of battles, military and verbal, over natural resources, satisfying citizen aspirations and because social media will continue to create silos that will be filled with truths and lies.

Here are the 10 top problems (not ranked) facing the Divided States of America – and the world – according to a number of recent polls: (1) Economic Inequality, (2) Immigration, (3) Poverty/ Homelessness, (4) Hunger, (5) Environment/Pollution, (6) Race,(7) Universal Healthcare, (8) Minimum Wage, (9) Fair Taxes, and (10) Firearms/Gun Culture in the DSA.

The NIC report is issued every four years and isn’t meant to predict the future. It is published to enumerate the major problems faced by a majority of countries.

One may assume artificial intelligence (AI) and the intriguing development of robots will make the 2025 list.

Which Joe is the top Democratic dog In D.C. – Biden or Manchin?

Biden sits behind the Resolute desk in the Oval Office and Manchin thinks he is the Mighty Joe Young of Washington.

Actually, Senator Bernie Sanders is the top Democrat in the town because he has been pushing the 10 issues listed above for years and is the dynamo who can get them passed in Congress. If the Democrats fail to act on Bernie’s list, they will fail in 2022 to protect their tight majorities in the Senate and the House.

Manchin thinks he is a big deal. He was governor and is senator from West Virginia, the ninth smallest state with about 1.8 million people. The median family income in the DSA is $78,000 compared to $44,000 in West Virginia.

What planet is Manchin representing? It certainly isn’t Earth. Actually it’s his own Planet Ego.

The most important thing to Manchin is not the welfare of his fellow West Virginians, it’s the welfare of Joe Manchin. He alone is going to restore bipartisanship to Congress?

Name me five Republicans who would vote for any of the 10 issues listed above.

He alone is going to restore comity, commonsense, logic and rationality to Republican senators?

Poor Joe is just another Trump in drag.

Joe: when Mitch McConnell says he really admires you, you’re in serious trouble.

We have high walls all over the world. There’s the Great Wall of China. There’s a very tall wall in Israel separating Palestinians and Jews. We have some walls on the Texas-Mexico border that can be chopped down with a $99 saw or climbed with a 17-ft ladder. But there is a wall that runs between the Democrats and Republicans in Congress and the capitol that presently is impenetrable.

A new Pew Research Center poll reveals that 60% of Republicans do not believe that Joe Biden was legitimately elected president, while 39% agree with this statement: “If elected leaders will not protect America, the people must do it themselves, even if it requires violent actions.”

About 80% of White evangelical Christians voted for Trump in 2020 and 27% of all evangelicals say it is “mostly or completely accurate” to say that he is secretly fighting a group of child sex traffickers, including prominent Democrats and Hollywood elites.

Nearly 40% of Republicans say they will support violence if necessary to retain power.

So Joe Manchin, that great philosopher from West Virginia, says he “is determined to usher in a new era of bipartisanship where we find common ground on the major policy debates facing our nation. There is no circumstance in which I will vote to eliminate or weaken the filibuster.”

Many evangelical Christians follow the leadership of pro-Trump minister Jeff Jansen, the author of Trump: The Destiny of God’s America: The Great Awakening and Battle for Our Country’s Future.
In a recent sermon at the Ignite Faith Church in Redmond, Oregon, Jansen said the “Christian church in the 21st century is effeminate, almost homosexual, in comparison with Jesus Christ who was a man, a real tough guy.”

Jansen says his ushers all carry guns in church and “will not hesitate to kill anyone who thinks about starting something.”

In a continuing rant he exclaimed: “Where are the men? Where’s the maleness? Where is the ‘I will defend the children, I will protect my family’? My ushers at my church, they all pack. I mean, they all pack. You come to my place, and you think about starting something, you’re dead. Listen, guys, if I’m up there preaching and somebody comes up running, make sure you get them. Just kill ‘em. Just shoot them dead.”

So WV Joe, go find “common ground” with Rick Scott of Medicare fraud fame, Ted Cruz who deported himself to Cancun during the Texas power crisis, Kevin Cramer who assaults Trump each time “The Chosen One” stops quickly, Rand Paul who needs an optic laser operation, Tom Cotton who wants to fill jails with pickers, Lindsey Graham who acts as Trump’s jester, servant and shrink, Mitch McConnell, the Supreme Court packer and Republican Rasputin, and Josh Hawley, the executive officer of the Jan. 6 insurrection.

Good luck with those “legislators.”

Is there really a pony in the room?

Ronald Reagan was considered one of our more optimistic presidents, which was graphically illustrated by his response to a room filled with horse apples. After he opened the door, he checked around and said, “With all that crap there must a pony in here someplace.”

In today’s political world, the Senate chamber is filled with horse apples but there isn’t a pony within miles. It’s half-filled with members of a political party that reminds me of an English political party in the middle 1980s called the Monster Raving Loony Party.

In 1983 its political platform consisted of two issues: (1) It pledged to tow Britain 500 miles out to sea to dramatically improve its climate, and (2) It sponsored a bill which would require dog food manufacturers to add phosphorescent material to all their products so that pedestrians at night could see dog poop on the sidewalks on their way home from the pub.

(1) maintain power, (2) lower all taxes, and (3) somehow “always bail out those who shower before work, but not those who have to shower afterwards.” This statement was made by Lou Gerard of the United Steelworkers Union. Truer words were never spoken.

If a single mother of three is drowning 100 yards from shore, the Republicans would vote unanimously to throw out 50 yards of rope and yell, “We’ve done our part, now it’s time for you to do your part!”

If Manchin was on the shore, he would throw out 200 yards of rope – and then forget to hang on to the end while the Democrats filibuster whether the rope is sisal or hemp.