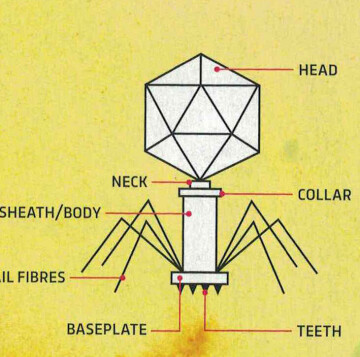 Most of the work on phage therapy was done in Soviet Georgia, and much of that work has not even been translated into Russian. There is still much to be done. BBC Science Focus magazine recently published an article describing what has gone on. It is a British magazine, so I assume that many American doctors are unaware of the possibilities.

Gnawbity, nibbilty,
Bacteriophages
Chewing up bugs just as
Fast as they can
Who would have thought that these
Infinitesimal
Virus would work in the
Service of man?

In 1919, Felix d’Herelle drank a virus cocktail in front of a group of doctors at a French hospital. He had claimed to have found a cure for dysentery, and they had agreed to try it on sick children if he was still alive the next day. He was sure it was OK, because he had already fed it to his family. He and the doctors would probably get jail time for what they did nowadays, but as it turned out, the virus cocktail worked, and children with dysentary were given the treatment, and left the hospital within days.

The viruses in question were bacteriophages (phages for short,) that affected bacteria in much the same way as COVID viruses attack human cells: commonly, they penetrate the cell, and start manufacturing copies of themselves, until the bacterium’s outer membrane bursts, and hundreds of new viruses pour out.

By the 1930s, phage therapy was being successfully used on a variety of bacterial infections. By the 1950s, phage therapy had practically been forgotten in the West, the reason being that penicillin was discovered, and those drugs were easier to manufacture and work with.

The Cold War was in full swing, and Soviet scientists were cut off from the new developments, so phage therapy continued behind the Iron Curtain, where penicillin was in short supply.

Now that so many disease causing bacteria are becoming antibiotic resistant, it may be time to renew efforts to find the appropriate phages.

Scientists estimate that there are about a trillion phages for every grain of sand on Earth. Each bacteria is preyed upon by its own specific group of phages.

Phage therapy is much more difficult to control. and can’t be mass produced, which means it is not very attractive to the drug companies.

Of the trillions of phages, scientists must separate out a specific cocktail of phages that prey on the bacterium they are trying to eradicate. They first have to make sure the phages will not affect humans or the beneficial gut bacteria. 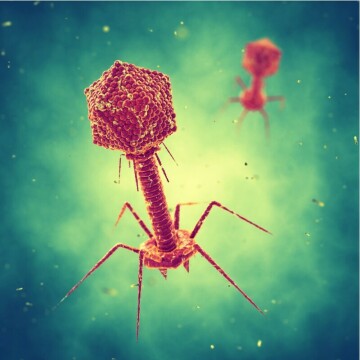 About half of all phages lack the protein that instructs the cell to burst, instead lurking in the bacterium and replicating slowly. These phages can be genetically altered to use the violent bursting strategy.

It is critical that the phages act quickly to kill the bacteria. The immune system is set to remove any virus from the bloodstream, and it doesn’t recognize whether that virus is beneficial or malignant.

Another problem to contend with is that bacteria become resistant to phages over time, just as they do with antibiotics.

The biggest problem is that each case is unique. Every patient is beset by a different set of bacteria, which require that a unique cocktail of phages are required to kill them. There is no easy way to sort out the particular set of phages to make up the cocktail that will effectively kill the bacteria involved.

In 2018, a young cystic fibrosis patient who had undergone a double lung implant contracted infections from multiple drug-resistant strains of bacteria. Through the collaborative efforts of an international group of doctors and bureaucratic agencies, a cocktail of three genetically altered phages were administered that brought the infections under control, saving her life.

There are studies going on at present in the West. The hope is that a library of phages can be developed that will speed up the identification of phages needed for each strain of bacteria. The matches would have to be screened to determine that there is no danger to the patient. Regulators would then assess libraries as a whole, including purification and administration methods.

In this way, it would not be necessary to evaluate each case on an individual basis. 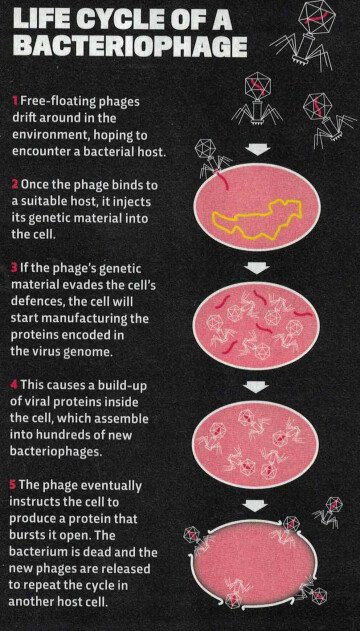