The smells of spring rain 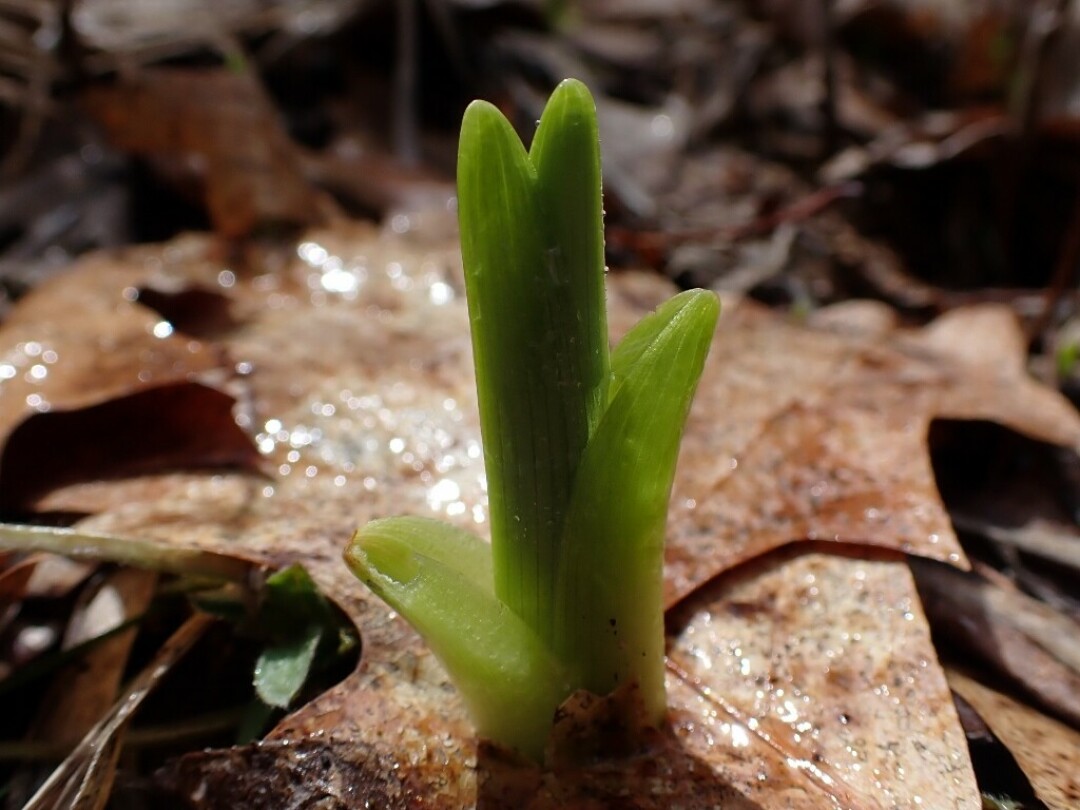 Dead leaves sink into the soil as new shoots rise up. Both are assisted by the rains of spring. Photos by Emily Stone.

I could hear the storm approaching as darkness fell. Low rumbles in the distance provided a bass line for the gentle, percussive music of the first raindrops. From out on my porch, I inhaled deeply.

The pleasantly sharp smell of rain after a dry spell conjures up memories of hot sidewalks under roller-skates, Little League players scrambling to outrun a cloudburst, and jubilant bodies clad only in swimsuits dancing in a sprinkler system that adults don’t control.

Scent molecules trigger a connection straight to the memory center of the brain, bypassing the places where we process language.

“Nothing is more memorable than a smell. Still, when we try to describe a smell, words fail us like the fabrications they are,” writes Diane Ackerman in her book A Natural History of the Senses.

I can tell you about the joy I feel – and have felt for decades – when cool rain falls on a hot day, but my adjectives for the actual smell, like sharp, invoke some other sense.

Scientists estimate that the human nose can detect more than 1 trillion scents. Two-hundred and seventy-five chemicals combine to form the smell of a rose.

But even to Shakespeare, Master of Words, a rose just smells sweet.

While we can’t easily parse smells into words, scientists have dissected many scents into their component chemical compounds.

Researchers Isabel Joy Bear and R. G. Thomas, for example, analyzed the smell of rain on dry earth and discovered that it originates from an oil that plants produce during dry spells to retard seed germination.

During dry weather, the oil is absorbed into rocks and soils. Falling raindrops liberate the compounds and fling them into the air we breathe. Rain also washes the oil away, stimulating growth.

Bear and Thomas named the smell “petrichor,” which comes from the Greek term for rock (petra), and the word for the fluid that flows in the veins of the gods in Greek mythology (ichor). I was smelling the blood of the gods splashed up from the gravel on my driveway. 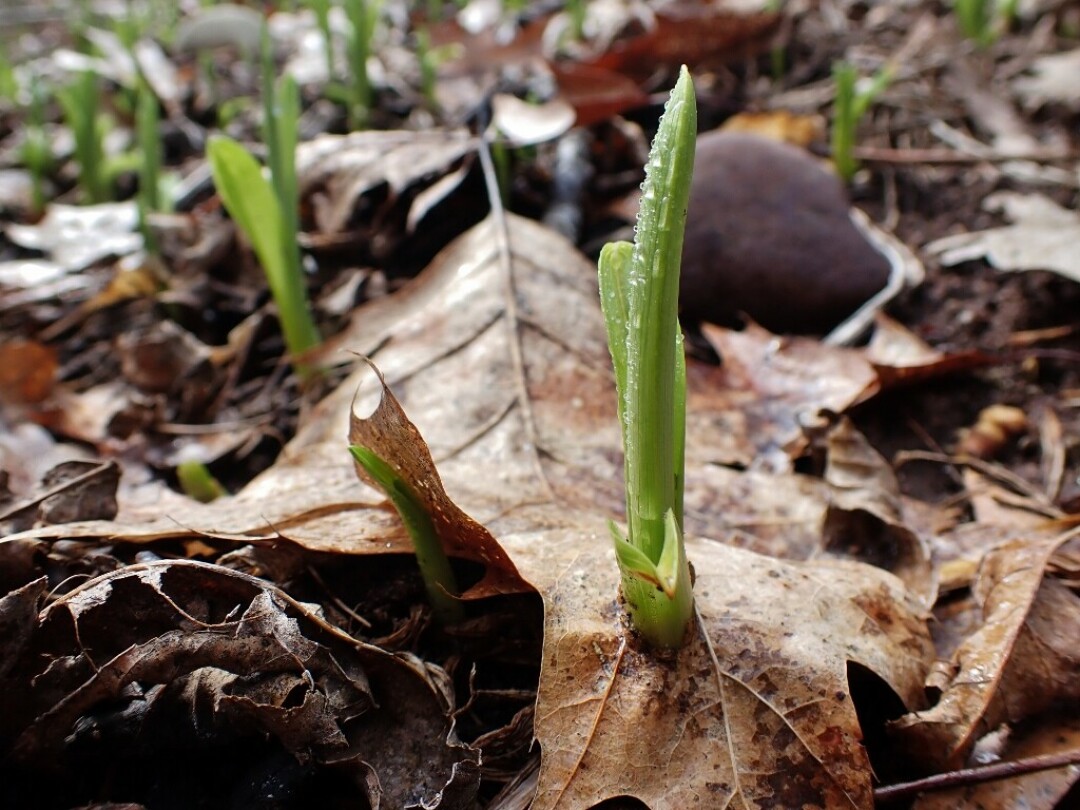 After a few more deep drinks of air, I went back inside.

As I puttered around with my even-ing routines, the thunder rumbled like an approaching truck, and the sky began to flash almost continuously. Finally, the excitement was too much to miss. I stepped back out onto my covered porch to watch the storm roll in.

As lightning pulsed under the clouds, tree twigs etched an intricate pattern of black on white across the southern sky. Raindrops swelled from the original percussive patter to a rush of noise.

And then, as the storm moved on, streaks of lighting began to split the northern sky. I followed them to the other side of the porch. The downpour slackened, and the rush resolved into many sounds.

Big drops from the eaves splashed into puddles. Little drops from trees pattered onto lacy needles. And medium drops, still coming straight from the sky, spattered onto the mats of oak leaves ironed flat by the winter’s weight of snow.

The smell of petrichor was gone now, washed away by life-giving rain, its spell of dormancy broken, just as the plants had intended. I didn’t even have to inhale deeply to catch a new smell though.

This one was cooler, wetter and sweeter, bringing to mind lilac flowers, fresh-cut cucumbers, and shrinking piles of autumn leaves, now too soggy for jumping in.

What was causing it? I took deep, curious breaths, trying to put my finger on this other smell of rain.

The overwintered oak leaves glittered wetly in light from the house. Built from the sugars of photosynthesis, their leathery bodies have been exposed to bacteria and fungi all winter long.

Digestive enzymes from those microbes would have worked – slowly – in the cold, damp of the subnivean zone.

Did I now smell the sugars that those decomposers released? Was this the smell of death?

Or maybe the maple trees – sending sugars up from their roots, sending their tiny leaves bursting forth – were exuding the syrupy aura. Was this the smell of new life?

Maybe, I thought, as I watched the rain push brown leaves into the soil and encourage green shoots to rise up from it; they are one and the same.

Emily Stone is Naturalist/Education Director at the Cable Natural History Museum. Her award-winning second book, Natural Connections: Dreaming of an Elfin Skimmer, is now available to purchase at cablemuseum.org/books. Or order it from our friends at redberybooks.com to receive free shipping. For more than 50 years, the Cable Natural History Museum has served to connect you to the Northwoods. The Museum is closed, but our Mysteries of the Night exhibit is available online. Connect with us on Facebook, Instagram, YouTube, and cablemuseum.org to keep track of our latest adventures in learning.