Artist happy to know his work lives on 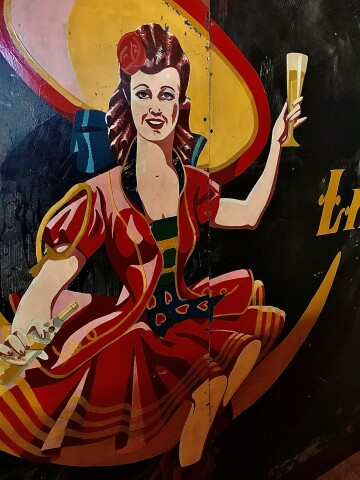 As a young man, Mike Hennessy wanted to be an artist and an art teacher. In 1952 he was the first art graduate with a bachelor of science degree from the University of Wisconsin-Superior.

“But I never was offered a job that would have paid,” said the 90-year-old Hennessy. “There was no pay, so I got a job managing the Superior Bowling Center.”

It was through that job that Hennessy was commissioned to paint a work that has become an iconic part of Superior history.

It was the holiday season of 1953-54, and Hennessy had painted a cartoon woman sitting in a martini glass at the bowling center. His boss was so impressed that he showed it off to others when they came in, including a representative from Miller Brewing.

“The Miller guy saw the painting and he says he’d like to get something like that at Tony’s Cabaret because they had the great big concave back bar,” Hennessy said.

The Miller rep thought it would be cool for Hennessy to paint a picture of the brewery’s Miller girl perched on a crescent moon. By the 1950s, the Miller girl had been advertising Miller beer from the moon since 1903.

“He said, ‘Can you paint this on the ceiling?’ I as really short of money at the time, so thought I would give it a try,” Hennessy said. “It was a challenging job because it was a concave space, and I was up on a step ladder. I fell off that once, but I landed on the bar, so I was OK.” 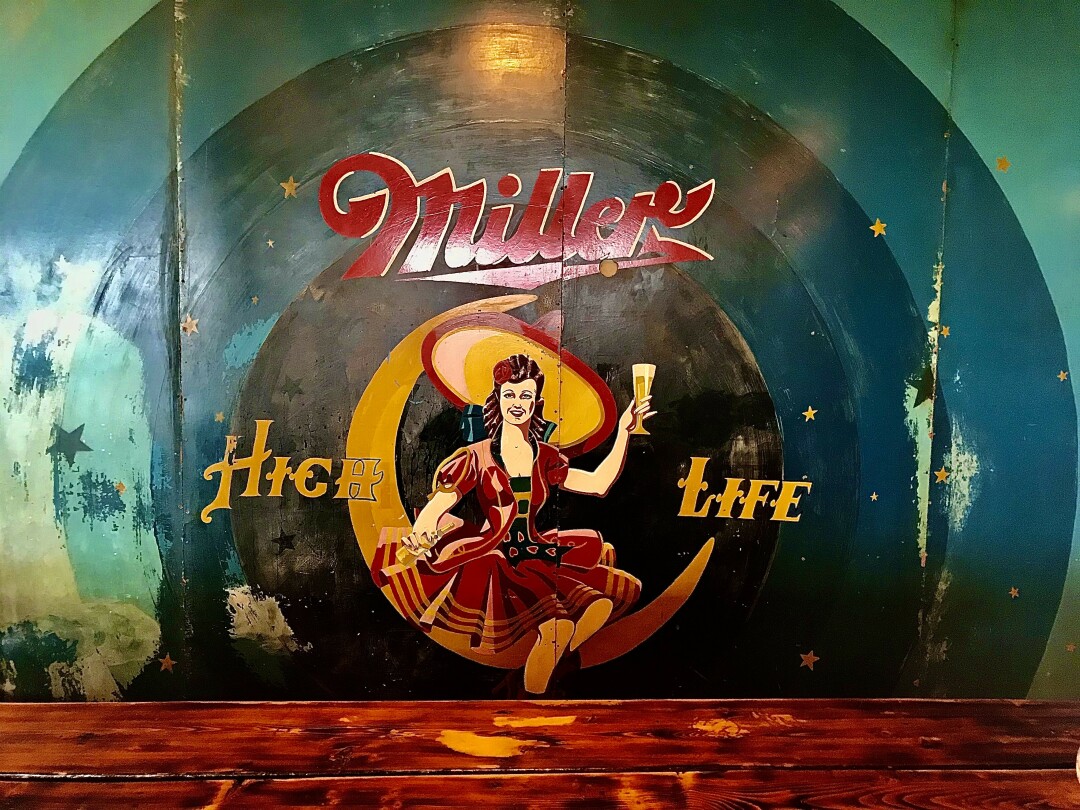 Working around his regular job at the bowling center, Hennessy said it took him about three months to finish the painting.

“I finished the thing and the guy from Miler came in and he says. ‘Uh-oh.’ She was facing sideways and he wanted her to face the crowd,” Hennessy said. “I thought, ‘oh, god!’”

The guy had showed him the Miller girl on a beer tray, and in that – and in all her ad appearances – she was turned away, which is what he had painted.

“So I had to turn her head so she was facing the people, and that was a hell of a job,” Hennessy said. “The Miller representative looked at it and dug in his pocket and took out $75 and said, ‘It’s worth it.’ And I thought, sure as heck is. But I needed the money and I thought 75 bucks is 75 bucks.”

He did a few touch ups while Tony’s was still open, but it was torn down. Here’s where the story gets murky. Hennessy is pretty certain his painting, along with some other interior items from Tony, went into storage at Fairlawn Museum.

“I don’t know where it went from there,” Hennessy said. “I’m 90 years old and there’s some vacant spots.”

Mike eventually went on to start his own legendary bowling business, Hennessy’s 3-Star Lanes, and never again did a piece of public art. How-ever, art has always been with him and he keeps sketch books – thumbnail sketches, he calls them. Many have humorous themes or play with words and images such as “a door ajar.”

So fast forward to the 21st Century. Some friends from Marshfield came to visit Hennessy, and he brought them to Thirsty Pagan Brewery for a beer.

As soon as you walk into the Thirsty Pagan, the Miller girl greets from the wall.

He told people there that he had painted it.

That reaction is because if you add things up, the man who painted that would have to be 90 or so, and even though that is Mike Hennessy’s age, you would never know it by looking at him. He looks more like a 70-year-old.

And he was mighty proud to see his work still on display. 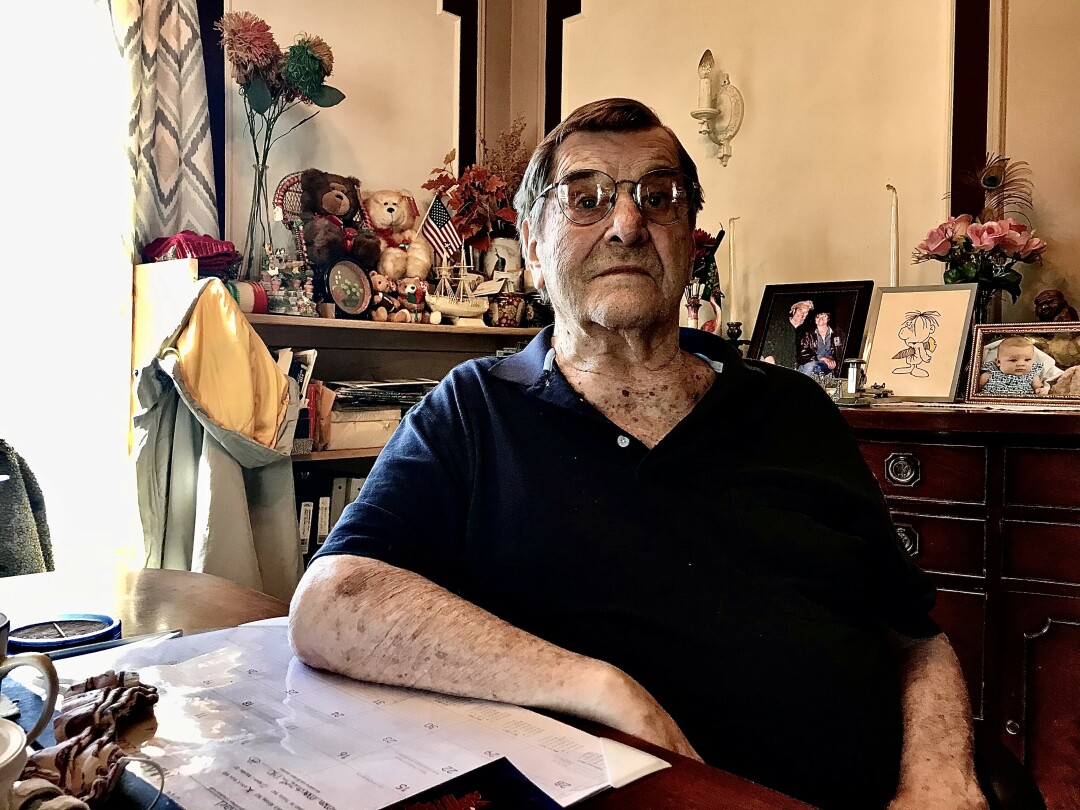 Mike Hennessy in his Superior home.