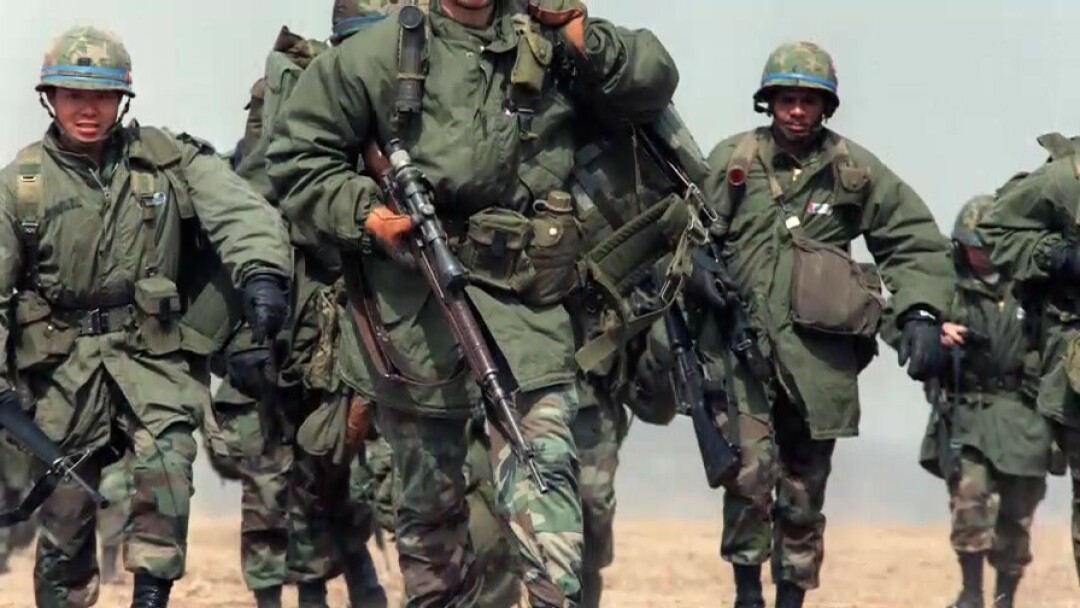 During the tax return season it seems appropriate to remind people of the huge number of tax dollars the Pentagon consumes.

We waste hundreds of billions of dollars each year on war and preparation for wars. But this year, like everything else in our lives, the COVID-19 pandemic has changed everything.

This year we have another huge expenditure to factor into the discussion – pandemic relief spending.

During the last year there have been six appropriations passed by Congress amounting to $5.3 trillion (source: Peter G. Peterson Foundation).

Where did this money come from? Who’s going to pay for it? Is it part of the budget? What does this mean for the usual budget analysis, economic commentary, and hand wringing about deficits?

I don’t know where this COVID relief money is coming from. Other than the usual conservative whining about deficits, there seems to be no authoritative sources talking about where this money is coming from or how it fits into the budget process. None of the fiscal year 2020-21 budget analysis I have seen includes this spending.

The current fiscal year 2020-21 total federal budget is $4.8 trillion according to the Office of Management and Budget. This includes mandatory spending (like Social Security, Medicare, military and federal retirements, and other programs with “entitlement” eligibility). This is $2.9 trillion or about 2/3 of total federal budgeted spending.

The discretionary budget is all the other programs, agencies, and government operating expenses. This is the “budget” that Congress argues about each year and must pass appropriations to fund.

The current discretionary spending is $1.5 trillion. Historically the Pentagon received about 55% of the discretionary budget. This fiscal year this is $741 billion.

If we let one inch equal $1 billion, $741 billion in Pentagon spending would be more than 61 feet high. All other discretionary spending categories would be less than 6 feet high. The State Department and its important diplomatic work would be only 3½ feet high. The Centers for Disease Control is only 7 inches!

Obviously $5.3 trillion in COVID relief is not coming from the $4.8 trillion of normal, budgeted government spending. The Congressional Budget Office is projecting a $2.3 trillion budget deficit in 2021 ($900 billion less than 2020). But still the numbers do not add up.

So it appears that the COVID relief money has just magically appeared. I suspect it is “off budget” and being floated on the federal deficit credit card.

There are economists who say a country with a “sovereign” currency (like the U.S. dollar) can create unlimited amounts of money. They do not need to worry about deficits. Nor do they need to pay for things with taxes.

This is called Modern Monetary Theory (MMT). This is heresy to conservatives and most mainstream economists. But it appears that this is what is actually being done by the Federal Reserve and the Treasury.

What all this clearly shows is that when the powers-that-be want to spend money there is no shortage. Like the 2008 financial meltdown, there is always money to fund a war or bailouts for Wall Street or the “too big to fail” banks. Budgeting for these “emergencies,” or taxing people to pay for them, doesn’t seem to be necessary.

Republicans always claim there is no money when it is for public needs like national health care, debt-free education, housing or rebuilding crumbing pubic infrastructure. The COVID bailout passed over Republican opposition because large amounts of money also went to help businesses.

Wherever the money is coming from, the COVID relief money is doing good. It is giving people and businesses money to pay bills and keep the economy functioning. It is giving money to local governments to maintain necessary public services. It is funding emergency public health activities like supplying vaccines.

Despite some people getting money they don’t need, some questionable spending, and some “pork,” it is helping everyone deal with a pubic health and economic crisis.

In contrast, the decades of huge military spending is killing people and destroying countries. Pentagon waste and graft is legendary.

Plus military spending IS largely waste by definition. Buying stuff which you will not, or should not, use is pure waste.

Nuclear weapons are a prime example. It is pure foolishness to think we can use nukes. Thinking that massive military spending during the Cold War kept the peace, deterred war and protected our freedom is delusional.

Many armed conflicts happened during that time and currently we are engaged in endless war.
Former nuclear forces commander General Lee Butler described our delusions well when he said, “Deterrence was a formula for disaster. We escaped disaster by the grace of God.”

Defense is a necessary function of government, but most of our bloated military is offensive NOT defensive. It is for “projecting power” and maintaining the capability for worldwide military intervention.

This thinking got us into quagmires in Iraq and Afghanistan. A truly defensive national security would invest much more in diplomacy, cultural exchange, international cooperation and international law enforcement organizations like the World Court.

Most of the serious threats to our individual and national security can not be solved by military action.
Climate change, environmental destruction, over population, water shortages, resources depletion, poverty and economic inequality have no military solutions. The COVID pandemic is an example. These problems can only be solved through cooperation and diplomacy.

The money expended on wars never produces anything positive. There is a basic economic difference between INVESTING in people with healthcare, education, infrastructure, or green technology and SPENDING on war.

One builds for the future while the other just wastes resources like a drunken sailor on liberty.
We have learned from COVID relief that lack of money is NOT preventing us from building a better America. What is missing is the political will to set better priorities and make it happen.