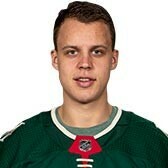 And make no mistake; there is no “mirage” about this title win. It was a hard-fought game and had my rapt attention throughout. The team bested the favored Metro-based Gentry Academy by a 3-2 tally in double OT on a PP goal by PHM’s Alyssa Watkins at 5:03 of the second extra frame. The winning score would be PHM’s only lead of this game.

The win is the first title for the combined programs, led by second-year Head Coach Emma Stauber. As I was able to see all of the tourney, both on the girls and boys side, it left me with some things to consider post-event.

Due to the COVID pandemic, this year has seen a format like no other. The State HS League opted to run all of the tourneys in the same week, with girls and boys action interwoven over several days of competition. They went from the quarters to the semis to the Championship event we witnessed on Saturday; all FOUR title games were held on one day and in consecutive fashion!

Bear in mind I’ve been watching this since the early ‘60s when I was a kid growing up in St. Paul. Tournament week was and still is beyond special.

In the wee hours of Sunday morning, I considered this; what if this format was made into a permanent way of having the Championships conclude every year?

Are there any compelling reasons for doing so? Could be.

From a financial standpoint, I’d consider there is an economy of scale to be had. And then, after observing Saturday’s games, I thought this was one of the most incredible days of hockey I’ve ever seen!

I mean, it was beyond description. Four title games in one day celebrating girls and boys hockey here in the most significant hockey state in the country.

And contemplate when these events return to a much fuller, if not sold-out, arena. Chock full of happy, screaming, cheer-them-on fans, celebrating the game we love here. Let’s go! Change it for good. We can figure out how to make it work!

ITS FROZEN FOUR WEEK, and in these here parts that can only mean one thing in this era; can the UMD Bulldogs three-peat?

Well, that’s a tall order, to say the least. With the NCAA D1 Ice Hockey Championship commencing in 1948, there has only been one of these accomplished in that time frame.

In 1951-53 the University of Michigan did just that with three consecutive titles. There have been a total of seven clubs that have won twice in a row.

As you can tell, it is a tall task. If you can consider how hard it might be to win a state title in peewee hockey, for instance, go and multiply that by about fifty times. So many factors have to go your way.

Can the Dogs’ pull that off? Well, they have the team to do it with, bolstered by some tried and true playoff experience.

Compounding the difficulty involved here, though, is that this tourney is based upon one-off games.

These aren’t “series” where a loss might give you a chance to “live another day.” Nope. You have to win that game on that night. It’s as simple as that.

In fact, if this tourney was based on the best of three or five series, how much different would the list of Champions be at this point? It’s a given; I believe that it would.

In addition to double and triple wins, a few teams have dominated specific eras of time. Within 10 years, multiple titles were won without the consecutive factor involved. But that’s only so much daydreaming.

If I could figure out anything relative to the posted Vegas odds on this event and its games, I’d pass them on. But I’m not too versed in sports betting nuances, and it never interested me, to be frank.

As far as wagering on hockey, I would claim that it’s likely one of the more challenging sports world things to wager on. So there.

I know one thing, I can’t wait for this tourney to begin! The Dogs’ play at 8 PM-CT on Thursday versus the University of Massachusetts Minutemen, and at that point, we will find out who will do what with which to whom! Don’t miss it!

*G1 features the St. Cloud State Huskies versus the Minnesota State Mankato Mavericks. It will be at 400 PM-CT on Thursday. It’s only the second time in the tourney to feature three participants from one state.

THE MINNESOTA WILD hit the road last week for a four-game roadie. It didn’t start all that well, with the boys only obtaining one of the available four points at San Jose.

In G1, the club lost in its first SO of the season 4-3. Two nights later, in the follow-up game, were not ever in the game that led to a 4-2 loss in regulation. Don’t let the score mislead you; the team was never in this contest. Kevin Fiala scored with 13 seconds left to soften the obvious.

However, the team moved on to face the Vegas Golden Knights in a two-game set and very much surprised me.

The Wild fanbase has been conditioned over time to have somewhat low expectations of the team, particularly when they’ve put up some stench-filled efforts.

The games against the Sharks can be exhibit one. But then consider the league’s parity and that the Wild do possess a different level of talent this year.

So, Thursday eve arrived, and with the knowledge that the club has had a sort of “ownership” in their short history with the VGK (10-2-2 all-time), I viewed it with an open mind.

As skeptical as I was on the Cam Talbot signing, he put up two excellent games in Vegas. In a game that appeared to be more defensive than offensive, it went to a SO; the Wild won it on Kevin Fiala’s goal.

By the time the teams met Saturday night, some playoff-type tensions were building, and the Wild responded. The VGK took an early first-period lead. It wouldn’t be until the third when the hero of the game stepped in and took over. Joel Eriksson Ek set up Kirill Kaprizov for a beauty at 6:13 and then got the eventual game-winner at 7:08. Game, set, match and the Wild Vegas two-game victory buffet was complete! PEACE