Days of race and ethics 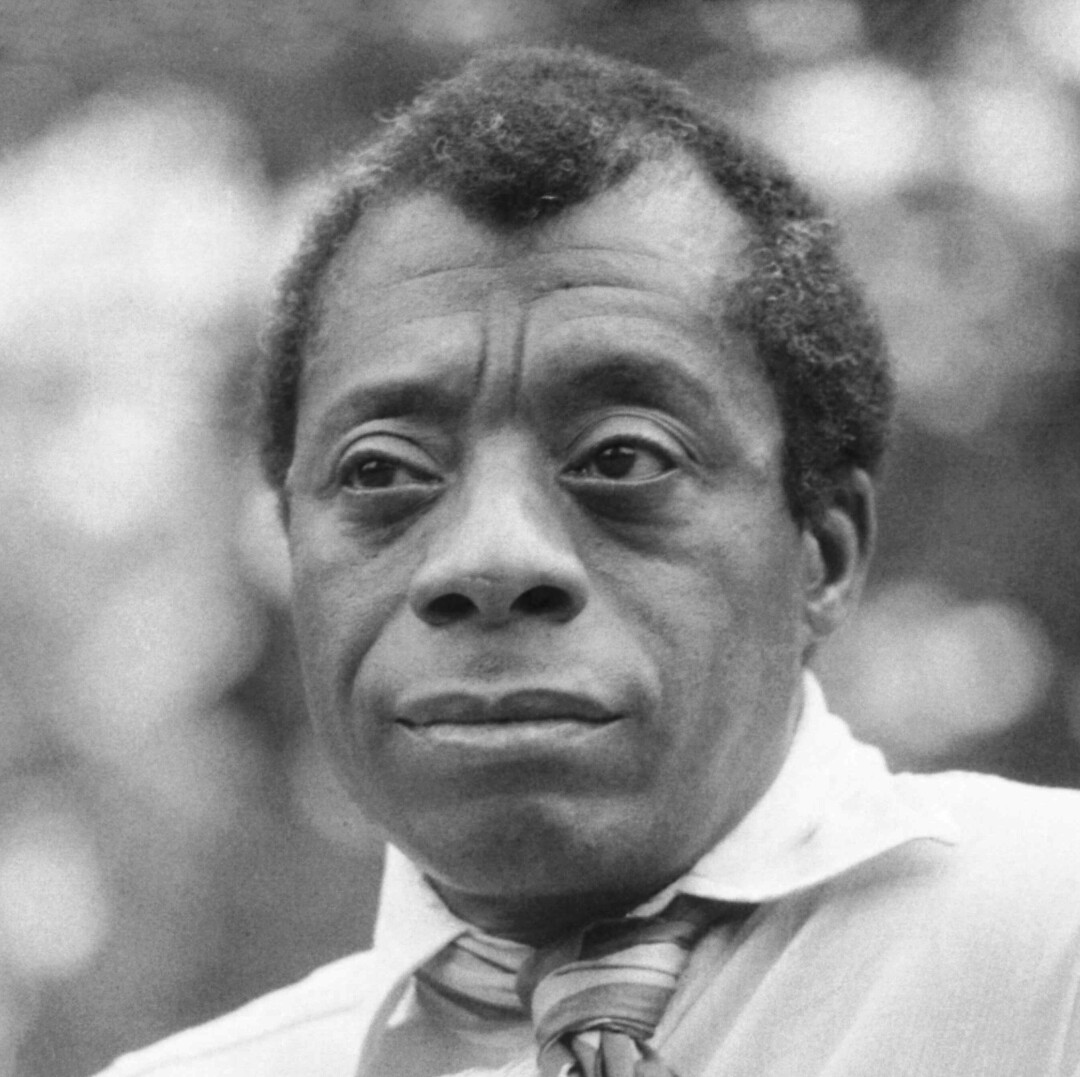 In 1946 I graduated from Morrison County District #54 with two others, a German boy and a Polish girl. I’m French. I graduated from Little Falls High School in 1950 with 241 other lily-Whites.

Oh, it’s possible that some might have had a drop of Black or Hispanic blood or two in their genome. The ethnics were more interesting. There were three Roman Catholic churches in town. The German and French were on the east side of the Mississippi River, the Polish on the west side.

In my first 18 years as a Roman Catholic, I never stepped inside the German or Polish churches. The Polish church was supposed to be the most elaborate of the three, but I never experienced it first-hand.
Even the little towns around Flyer country were ethnic segregated. Pierz and Lastrup were German. Belle Prairie Township was French, and Bowlus and Sobieski were Polish. Randall seemed to be integrated.

I decided to go to college in 1950 when the football coach and baseball coach from Moorhead State Teachers College came down to the J.C. Penny store where I worked and recruited me to play football and baseball. The four years went by in a blur of working many jobs, playing two sports, and the only jock singing in the college choir.

I was counterboy at the Barn restaurant in the finest hotel in Fargo-Moorhead, the F-M Hotel. During Christmas “vacations” I had a route at the Fargo Post Office. A friend and I delivered the Sunday Minneapolis Tribune to Barnesville, Baker and parts east. For two summers I went to Parris Island, S.C., for Marine Corps boot camp and Reserve training.

During all the summers I played semi-pro baseball for several towns, built steel buildings for O’Day Equip-ment, sold foot-long hotdogs and ice cream bars on the carnival midways of state and county fairs and worked in the Melroe factory at Gwinner making combine pickups before Bobcats were built, shoveled coal into Fargo basements – and had other jobs too numerous to mention.

This was a time when one could actually work his way through college.

How I got another BA in race

In the end it was a great time. On the football field when we played a four-man defensive line, the other three were Moochie, Lennie and Blackie Varriano from the Dilworth family. We were tough to run against. As a senior I was co-captain with Jimmy Johnson from Staples and named All-Conference guard. I was elected president of the Student Commission and named to Who’s Who in American Colleges and Universities.

Besides that, I had the good luck to marry a cute blond football cheerleader who sang soprano in the college choir, was also an English major, worked as a lifeguard, was a diver and swimming coach, a good gymnast, and operated an elevator at the F-M Hotel.

Immediately after college I went through Marine Corps Officer Candidate School at Quantico, Va., while we lived in segregated Washington, D.C. After passing OCS I was transferred to Camp Lejeune, N.C.

That’s where my experiences with race really began.

Harry Truman had integrated the Marine Corps first in 1948. My first assignment was platoon leader of a heavy machine gun platoon which was about a third Black in a Jim Crow-segregated state. My three top noncommissioned officers were Black decorated Korean War veterans.

My education about race started right there. Before my three years of active duty were up, I was promoted to commander of a rifle company of about 300 men of several colors. During that time I spent about half a year in Puerto Rico, Dictator Trujillo’s Dominican Republic, Vieques Island, and Dictator Batista’s Cuba just before Fidel’s revolution. That assignment was another lesson in race.

James Baldwin and the meaning of Whiteness And Blackness

Dr. Martin Luther King was certainly the leader of the modern civil rights movement, but James Baldwin, the gay Black writer who lived in Europe for more than a decade to escape racism and bigotry in the U.S., minces no words when he describes racial discrimination in the United States: “History is not the past.

History is the present. We carry our history with us. To think otherwise is criminal. Whiteness is a dangerous concept. It is not about skin color. It is not even about race. It is about the willful blindness used to justify white supremacy. It is about using moral rhetoric to defend exploitation, racism, mass murder,, reigns of terror, and the crimes of empire. The American Negro has the great advantage of having never believed the collection of myths to which white Americans cling: that all their ancestors were all freedom-loving heroes.”

There was once a funny movie called White Men Can’t Jump. The trouble is, it’s true. During the winter I enjoy watching college basketball, so I’m knowledgeable about the top 50 teams. Many times the 10 men on the court are all Black, whether it’s Notre Dame, UCLA, Duke, Texas or Ohio State. Those guys can twist and contort in air while head-faking, can jump like a White Superman, and can dribble and shoot with either hand.

Not many Black students at the power five schools

In the 2018-2019 academic year the 65 Power Five universities made $8.3 billion just from basketball. The Black student population of those universities is only 5.7%, but their basketball teams are 55.9% Black. Actually, most of the White guys – who can’t jump – hardly ever get into a game. The White guys are tokens on most of the teams so the White billionaires will keep donating “bigly” money to the schools.

Here, I must tell you my favorite racial story from my favorite Texas columnist and reporter Mollie Ivins. Long ago, when Texas schools finally recruited Black players to play football, this incident took place when Texas U. and A&M each had one Black player. The Black defensive back from Texas U. tackled the Black running back from A&M and slammed him to the turf. A loud voice rang out from the stands: “Hey ref, get that n----r off our colored boy!”

Now, that is real racial!

What about the reporters and columnists who cover the Power 65 sports? Well, 85 % of the sports editors are White, and 82.1% of the reporters that cover all these Black athletes are White.
I have watched Black basketball star Nigel Hayes and his Black teammates win many a game for the University of Wisconsin in the last decade. Nigel went on to play in the NBA and in Europe. His view of White dominance in the sports world: “It’s always been an interesting situation and dynamic. Black athletes but White school, White coaches, White fans…minimal Black people. Most are aware these university teams, primarily men’s basketball and football, are filled with Black players. Making money for usually White people and not being able to share of a billion dollar plus industry. So the visual you get is White institutions recruit Black talent to make millions. While dealing with all the other hurdles of being Black.”

Another Black player who went to the NBA from the Power Five made this comment: “Every time I signed that piece of paper that said my name and likeness belonged to the university, I felt I was giving up a piece of myself. Why should the school own my name? My image? How is that fair? I am a grown man. A Black man. And I have to sign my life away to who? To a bunch of rich White guys.”

Why Hispanics, Indians, Blacks and some Asians are so angry at Whites

There are 558 recognized Indian tribes in the Divided States of America. Quite a few of them have conditions similar to the Navajo Nation in Arizona, New Mexico, and Utah, a territory of 27,000 square miles of desert.

Only 13 grocery stores are in the area. More than 15,000 homes have no electricity. One in three families have no water in their homes and must haul it for miles. The area has only 400 hospital beds. Half of the adults have Type 2 diabetes. Many have to drive miles to pick up their mail. It’s not necessary to go into the wealth of families in this area.

The Federal Reserve report says White families have the highest level of median and mean total family wealth at$188,200 and $983,400. Black families are at $24,100 and $142,500. Nearly 30% of White families have received an inheritance or financial gifts while that has happened to only 10% of Black families. Black parents usually cannot help their offspring buy homes while many White families can contribute. The following statistic is quite interesting. In 2019 Black families spent an average of $639 on footwear compared with $419 for all other colors.

A Black explained why: “We have to dress the part just to get a job or part so we spend more money on clothes to signal we are not inferior. You have to be twice as good to get half as much.”

As far as Asians, there are China-towns, Koreatowns and Vietnamtowns scattered in many large coastal cities. They organize to survive in a White-powered capitalistic society that doesn’t recognize that the “common good” is necessary for its own survival. All minorities need to work together to get a larger slice of the economic pie.

P.S. I see our gun pandemic has re-sulted in 4,000 more murders during the year of our COVID-19 pandemic. I want Republicans to let us know what it will take to control the gun culture in the Divided States of America.

How many people will have to die in mass shootings before the gun culture and politicians act on gun control?

Circle the number of firearm deaths you think it will take to change your vote: