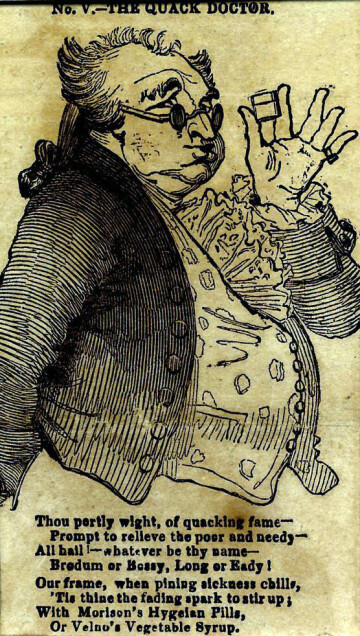 My cousin’s son is a general practitioner. From the time he got his license, she never called him by his name — it was always “My son, the doctor, says … ” I don’t blame her for being proud of him. Becoming a doctor is a long, hard road.

My wife’s cousin was closer to my age, and we got to hang out a little when he was going to the University of Minnesota. He graduated with honors, earning a degree in Chemistry, and spent a year in Florida discovering that working in a laboratory was not for him. He came back to Minnesota, applied to the med school, and of course got in. So we got to hang out for a while longer.

Once he started his Residency, we didn’t see much of him, and had to rely on his mother for updates. Residents, it seems, are tested to the limits of their endurance, often working around the clock. The theory is that doctors often must work in very stressful conditions, where they need to make important decisions while under a lot of pressure. When he got home, he was too exhausted to do much but sleep.

After he had completed his residency, he moved to Chicago, where in one of his first cases, he saved the life of a victim of a motorcycle accident. His mother again kept us updated, but after she died, our contact was lost. I recently looked him up on the internet, though, and found plenty of information. His name is Terry Roth, so you can Google him yourself. He’s in his mid 70s now. but he’s still taking patients if you need a good neurologist and can travel to Chicago.

So I’m aware of what it takes to become a doctor—even the ones that are not so good at their jobs.

Dollarly, scholarly
Doctors of Medicine
Know a great deal about
Drugs and disease.
But if their claim is for
Infallibility
You should be wary and
Feel ill at ease.

Despite all that training, you will still find creationist doctors and doctors who are anti-vaxxers. This doesn’t mean they are bad doctors; in the case of creationists, it is usually a matter of their religious upbringing, for the anti-vaxxers, it may mean that they are bad at mathematics, and never learned the value of statistics, which is a completely different subject. They will stay anti-vaxxers unless someone can teach them what statistical studies mean, and how to interpret them, which is doubtful. If your doctor is an anti-vaxxer, I would ask for a copy of his college transcripts. There is no reason why a person can’t be a good doctor and a bad mathematician, but it’s nice to know what his limitations are.

I don’t expect my doctor to know EVERYTHING. There are diseases that are common in some parts of the world that would baffle an American G.P., simply because they are so rarely encountered here, while a doctor from that foreign land would recognize the symptoms right away. I greatly mistrust any doctor who claims to know it all, even in his specialty.

I am thinking of one particular doctor here, of course. I’ll call him Dr. Mallard — not because he was a quack (although many local people probably thought he was) — but he may have family here yet, and I don’t want to sully his memory.

The problem with this doctor was not that he was inept — it was that he allowed his massive ego to get the better of him. His big hang-up was that, by God, HE was the doctor, and no illiterate peasant was going to do their own diagnosis. If you went to Doctor Mallard with the bone sticking out of your arm, and said “I’ve broken my arm,” you’re diagnosing yourself, and Doctor Mallard would say “No, it’s just a bad sprain.” His motto was “The patient is always wrong.”

I got those glasses — I was a little nearsighted, but I never wore them, and certainly not at work, where I often had to contend with extremely dusty conditions where the glasses would be opaque in no time.
Fast forward a couple of years, and I had to go through Army basic training as part of my National Guard training. After I was discharged, I returned home to find that I needed another physical exam before I could return to work. So I’m sure you can guess who I had to see for that.

This time, I was prepared. As he was getting ready for the eye test, I said “I know I’m pretty nearsighted.” He checked my eyes, and said that, no, I saw just fine.

Early in my career, I worked in a pulp testing laboratory in the back end of the paper mill. The back end was notoriously dirty and dusty, and the lab was relatively clean, so it was an obvious spot for a first aid station. Accordingly, I had to take classes in first aid, to serve as the first line of treatment for any accidents that might occur.

One day, a young man came to see me, and showed me his hand. He had gotten it caught between two large steel rolls; his fingers were flattened. That was more than I could handle. I told him his fingers were crushed, and I sent him to the doctor.

Later that day, I passed through his department, and was surprised to see him standing there with his fingers bandaged, and white as a sheet.

“What,” I asked him, “are you doing here?” He said the doctor bandaged his hand and told him to return to work. I asked if the doctor had x-rayed his hand. He had not. And who was that doctor? Dr Mallard, of course.

“You told him your hand was crushed, didn’t you?”

“I suppose I did.” he replied.

I said, “As soon as you leave here, go see a REAL doctor, and have him x-ray your hand.”

He was off work for about two months with a crushed hand.