The screwball world of Preston Sturges 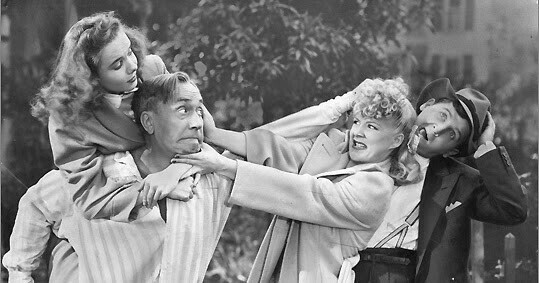 Wiiliam Demarest, left, and Eddie Bracken are on the receiving end in this shot from The Miracle of Morgan’s Creek, with Diana Lynn (left) and Betty Hutton as Demarest’s daughters, Emmy and Trudy Kockenlocker.

To most, those names mean nothing. But to fans of screwball comedy, these are the names of the great character actors behind some of the greatest moments in screen comedy.

What’s a character actor? They are the ones you are always glad to see enter a scene because you know they will bring something special to the situation.

Preston Sturges was a director who understood the importance of the character actor, and, so, many of the names above and many more not named were part of the Sturges’ stock company for a series of screwball comedies that recently appeared as a package on the Criterion Channel, and, boy, was I happy to see that package because I had been dying to see again his sophomore effort, Christmas In July, which I’d seen once years ago on TCM. It’s not an easy movie to find.

The collection includes eight comedies the productive Sturges made from 1940 to 1948, beginning with his first film, the political comedy The Great McGinty, starring Brian Donlevy as a washed up governor slinging drinks in some tropical limbo, telling the story of his easy rise and easier downfall to another fallen man.

Criterion prefaces this one with a story that Sturges – one of the original auteurs as writer, producer and director – sold this screenplay to Paramount for just 10 bucks, with the provision that he be able to direct it (making him the first screenwriter to transition to directing). He won an Oscar for the screenplay. 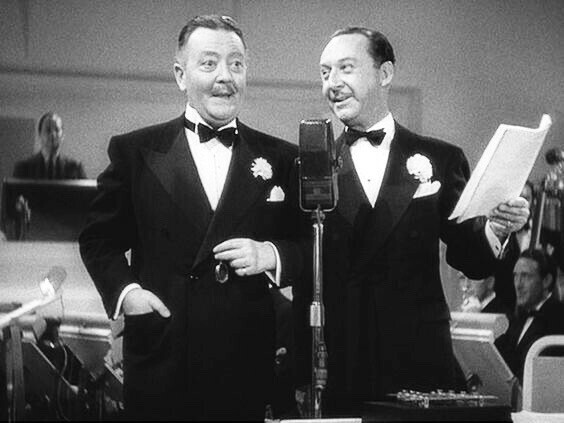 Donlevy is great as the opportunistic McGinty, whose morals are so malleable that he is able to easily rise through the political ranks. But we also get the always great Akim Tamiroff and William Demarest, who plays key roles in many of Sturges’ movies.

Also made in 1940 is Sturges’ second film, Christmas in July. I remembered being bowled over by this slight film the first time I saw it, and was not disappointed with a re-viewing.

Dick Powell plays a dreamer who works as an office drone for a coffee company, but who hopes to be a jingle writer, a career he hopes is kickstarted with a winning entry in a jingle contest for a rival coffee company.

His entry is a joke itself. Convinced by a newspaper article he read that coffee does not keep you awake, his slogan is: “If you can’t sleep at night, it isn’t the coffee, it’s the bunk.”

Some office jokers send him a fake telegram saying he won the contest and that he should go immediately to the rival coffee company to pick up his winning $25,000 check.

This is the part of the movie I was looking forward to, the introduction of Col. Maxford, owner of the rival coffee company, played by the great Raymond Walburn. His ever-cynical, blustering, blowhard of a character is worth the price of admission. Raymond Walburn was a national treasure!

Check in hand, Powell and his fiance, played by Ellen Drew, go directly to a department store and buy stuff for the entire neighborhood, then talk about what else they will spend money on. 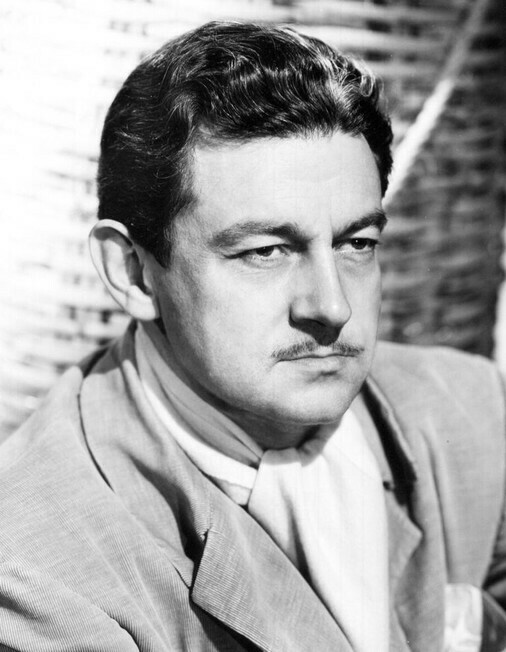 Preston Sturges was the original auteur.

The extravagance of their planned expenditures made me wonder what $25,000 in 1940 would be in today’s money – it’s almost half-a million.

In 1941, Sturges released two more great comedies – The Lady Eve starring Barbara Stanwyck as a con woman who has set her sights on a bumbling brewery scion, played by Henry Fonda.

Both the lead actors are at their best here (especially Stanwycke; I especially enjoy watching her wicked reaction as she drops an apple on Fonda’s head from the deck of a cruise ship), but it is also packed with great character actors such as William Demarest, Charles Coburn, Eugene Pallette, Eric Blore, Robert Grieg, on and on.

There’s also a great early scene when Stanwyck gets Fonda’s character talking about beer. He is more interested in snakes.

Stanwyck: “I thought you were in the beer business.”
Fonda: “Beer? Ale!”
Stanwyck: “What’s the difference?”
Fonda: “Between beer and ale?”
Stanwyck: “Yes.”
Fonda: “My father’d burst a blood vessel if he heard you say that. There’s a big difference. Ale’s sort of fermented on the top or something, and beer’s fermented on the bottom; or maybe it’s the other way around. There’s no similarity at all. [pauses] See the trouble with being descended from a brewer, no matter how long ago he brewed it, or whatever you call it, you’re supposed to know all about something you don’t give a hoot about. [pauses again] It’s funny to be here kneeling at your feet, talking about beer. You see, I don’t like beer. Bock beer, lager beer or steam beer.”
Stanwyck: “Don’t you?”
Fonda: “I do not, and I don’t like pale ale, brown ale, nut brown ale, porter or stout, which makes me ill just to think about it. [hiccups] Excuse me. [pauses again] It was enough so that everybody called me ‘Hopsy’ ever since I was six-years old … Hopsy Pike.” 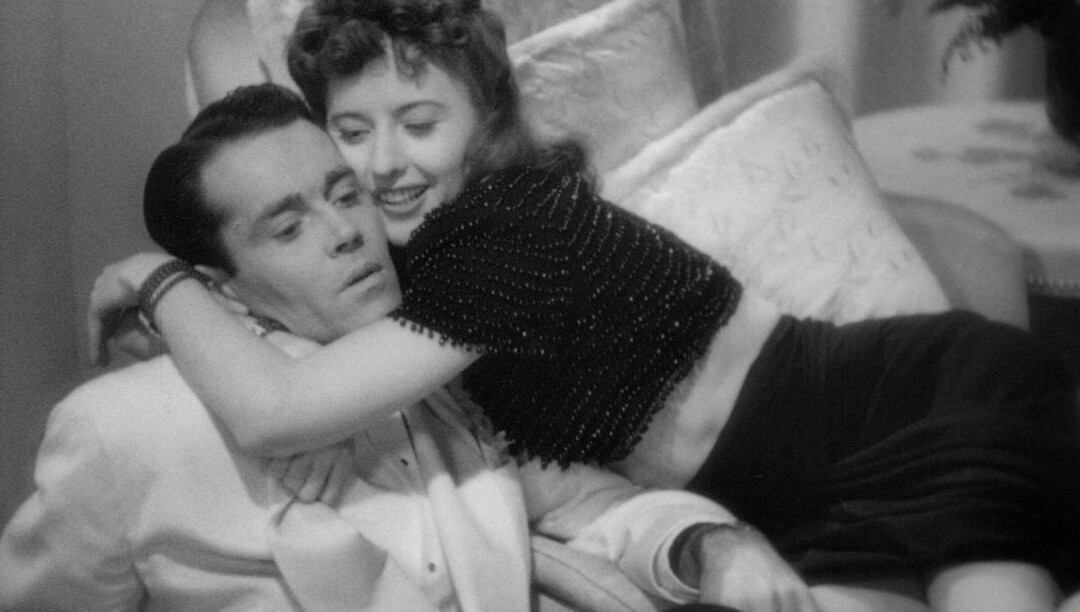 It’s a fun movie, and no one talks beer like that.

Also made the same year was the movie that inspired the Coen Brothers to make one of my all-time favorite comedies – O Brother, Where Art Thou? They took their title from a movie a character in Sturges’ Sullivan’s Travels wants to make. Sullivan is a Depression-era film director, played by Joel McCrea, who is tired of making frothy comedies (such as Hey-Hey in the Hayloft) and instead wants to make a serious film about socially relevant issues, a movie he calls O Brother, Where Art Thou?

McCrea decides to tramp across America to learn about the real world around him, accompanied for part of that journey by the lovely Veronica Lake.

In the end, Sullivan learns that making people laugh is not such a bad business after all.

“There’s a lot to be said for making people laugh. Did you know that’s all some people have? It isn’t much, but it’s better than nothing in this cockeyed caravan.”

In 1944 Sturges returned with two more sparkling comedies, both of which starred Eddie Bracken in the male lead – Hail the Conquering Hero and The Miracle of Morgan’s Creek.

Sturges skewers plenty of sacred cows as he pokes fun at wartime patriotic fervor in Hail. Bracken, embarrassed to tell townsfolk he couldn’t make it in the army because of hay fever, is propped up with a phoney story by a group of sympathetic soldiers, led by William Demarest. They help Bracken create a fiction about his war efforts, and comic mayhem ensues.

If that seems like a delicate subject to deal with during war time, Sturges’ next film really outdid that when he took a look at motherhood and small-town morals in The Miracle at Morgan’s Creek.

Party girl Trudy Kockenlocker (marvelously imagined by Betty Hutton) sees the local boys off before they leave for war, and as a result finds herself married and pregnant, but she does not know who the father/husband is. 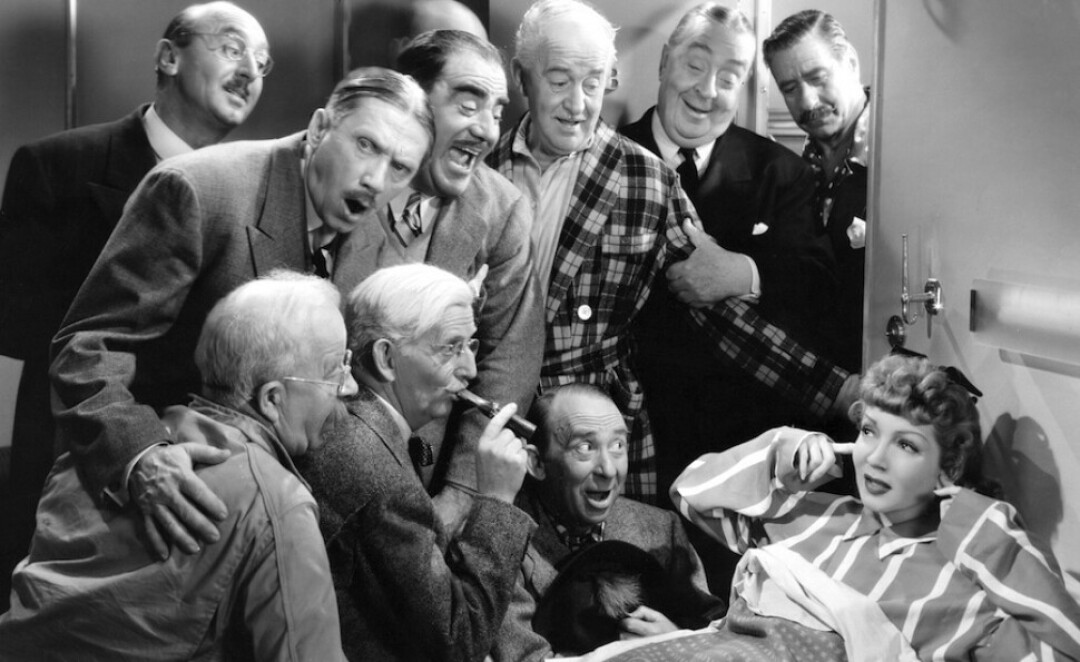 The Miracle of Morgan's Creek

How Sturges got this made with the strict Production code of the times, you have to wonder. Perhaps that explains the gap between production – 1942 – and release – 1944.

Bracken is again the male lead, and he comes to Trudy’s rescue, with hilarious results. And again, William Demarest – as Trudy’s father, Police Constable Kockenlocker – plays an important role and is at his frenetic best.

The final film in the Criterion collection is the 1948 Unfaithfully Yours, starring Rex Harrison as a brilliant conductor who is driven to near-murderous jealousy by a series of mistaken circumstances, partially caused by stick-in-the-mud brother-in-law Rudy Vallee. Linda Darnell is the beautiful wife that Harrison mistakenly believes is cheating on him.

Sturges does the most interesting thing with the mental conflict in this man’s mind. Harrison is conducting three pieces, with his wife and her supposed lover watching in the balcony.

As he starts to conduct each piece – by Rossini, Wagner and Tchaikovsky – the camera enters Harrison’s mind through his left eye and we are enveloped in three different scenarios, the tone of which is set by the com-position he is conducting – Rossini (murder), Wagner (selfless forgiving) and Tchaikovsky (suicide by Russian roulette).

One of the standout character actors in this film is Edgar Kennedy, who was one of the original Keystone Kops and worked with all the silent greats – Fatty Arbuckle, Chaplin, etc. – and later in talkies with Laurel and Hardy and the Marx Brothers.

Kennedy appeared in more than 500 films. His overly sensitive, music-loving detective in Unfaithfully Yours is one of the highlights of this movie.