Will the GOP retire the elephant? 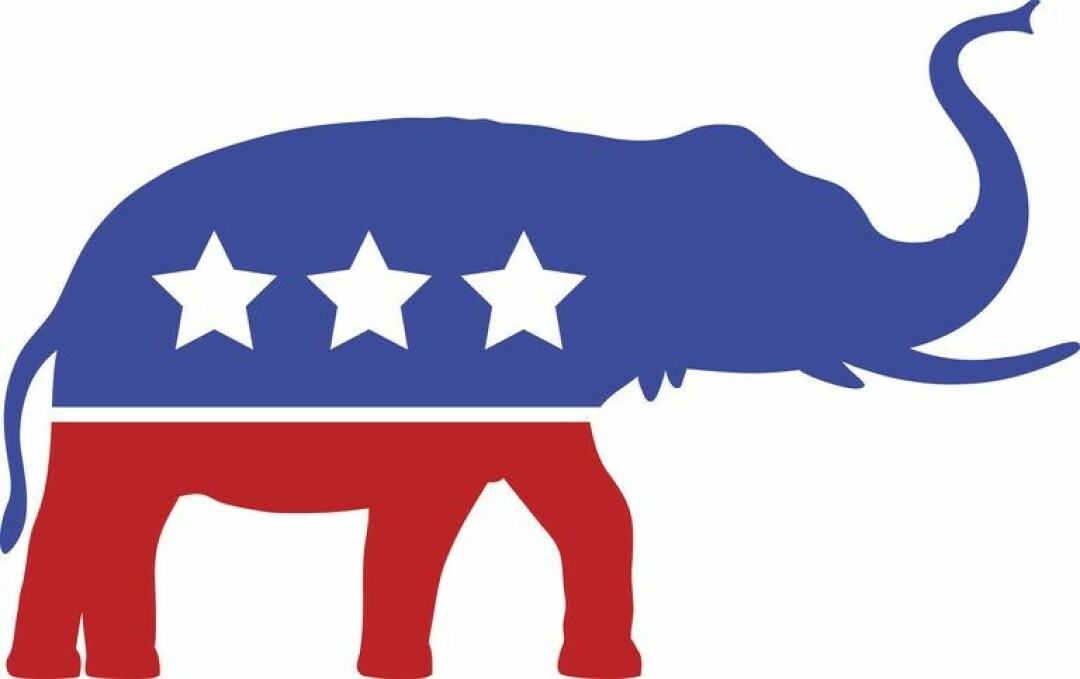 Donald Trump’s loss has played havoc with The Republican Party’s psyche. Those convinced of his overwhelming victory are taking it the hardest. Wyoming ranch hand, Drift Édover, of Cheyenne, recently told a reporter, “Hell no Trump didn’t lose but he’s a loser anyway or he’d a stuck it out in the White House.”

Édover’s attitude is widespread in many corners of the Republican Universe. If 4chan is right the Universe may soon set things right and the answer may be as close as a 1950s Hollywood UFO movie.

Just prior to the building of the new Lincoln Presidential Museum down the street from the 16th President’s home in Springfield, Ill., the Lincoln family’s privy underwent an archaeological excavation.

Among the treasures were an 1857 flying eagle penny and a heavily rusted key. Both were stowed in the museum’s vaults until the National Park Service uncovered a false wall in the Lincoln home. Behind it was found an antique safe for which there was no key. It was just down the street.

When it was retrieved a sealed envelope with the letter “Q” impressed upon it was discovered. Due to recent reports from an anonymous source calling him or herself by the same name this information was not shared publicly. It did not remain a secret for long. Someone at the museum passed the news to the press but museum spokesmen shrugged this off by claiming the envelope had been empty.

On Jan. 6 a break-in was reported at the museum. If Q can be believed, the envelope concealed a letter sent to Lincoln on the eve of his departure for Washington, D.C., to become President of the United States. It was from one of a long line of Qs who have been watching over our nation’s real presidents since George Washington.

One Q kept George Washington abreast of the “Illuminati” – the ex Revolutionary War officers who were in league with Aaron Burr.

In time these traitors morphed in-to the Egyptian Cult known as the Masons, who were in league with Napoleon Bonaparte. The French Emperor had recently uncovered the secrets of the Pharaohs in his North African campaign.

Q supporters in those years organized the American Party but their enemies dismissed them as the “Know Nothings.”

Sadly, Lincoln set the letter he had been sent aside having, in his opinion, bigger fish to fry fighting to preserve the Union.
The dark forces opposing him could not prevent Honest Abe’s eventual success. They did, however, avenge the South’s defeat with Lincoln’s assassination.

It has been commonly taught in our public history books that the assassin, John Wilkes Booth, was burned to death after holing up in barn that was set afire. Poppycock!

A quick search of the Internet will reveal the truth that America’s enemies saved Booth. He lived on another 38 years under the alias, John St. Helen.

Q’s work has not been easy. Presidents Garfield, McKinley and Kennedy all were all assassinated like Lincoln because satanists would not give America respite.

Today the fate of the nation lies in the hands of the Republican Parties of the 50 States. If the three C’s – Cancel Culture and Cannibalism – are to be defeated each state will have to find its own way.

Among the questions looming for those heeding Q’s warnings is the question of political affiliation. Can the Republican Party be salvaged or will Donald Trump rise like a phoenix and start a new American Party?

Loyal Trump defenders like the Three Percenters and Proud Boys who rallied to his defense on Jan. 6 will have a never-ending battle ahead of them.

Incredibly, Cancel Culture has recently desexed Mr. Potato Head. It’s a last straw in the unending assault on men and one of the worst crimes since the PC police began installing baby-changing tables in men’s restrooms.

Back in Wyoming, as he mulled the rapidly dwindling privileges of white men, Drift Édover said, “Someone’s gotta stop this nonsense.”

For emphasis he patted the 44 Remington Magnum in his holster and added, with a wink, “A patriot knows how to focus a politician’s mind when the time comes.”

Potato Head’s plight has resulted in a growing chorus of American patriots champing at the bit to retire the endangered Republican Elephant.

It may be too late to prevent the elephant from going the way of the dodo but it’s not too late to save MISTER Potato Head.

Look for him on candidate literature in the 2022 elections.

“Just because you’re paranoid doesn’t mean someone isn’t out to get you.” Be prepared with 4chan 0r: lincolndemocrat.com.