So what happens when an angry, drug-addled male gets an assault rifle? 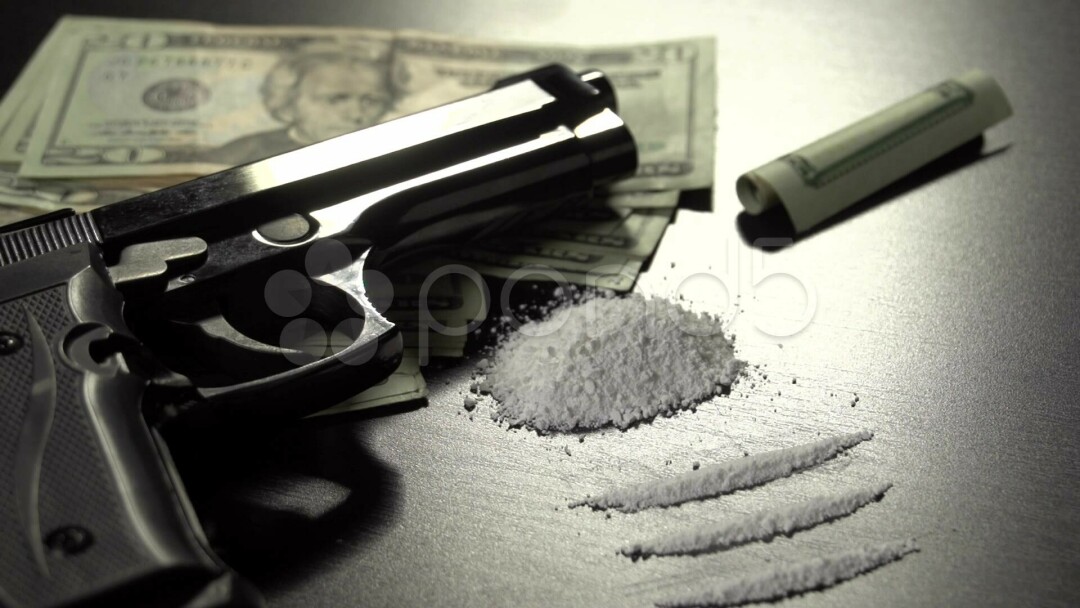 America Is A Gun - by Brian Bilston

England is a cup of tea.
France, a wheel of ripened brie.
Greece, a short, squat olive tree.
America is a gun.
Brazil is football on the sand.
Argentina, Maradona’s hand.
Germany, an oompah band.
America is a gun.
Holland is a wooden shoe.
Hungary, a goulash stew.
Australia, a kangaroo.
America is a gun.
Japan is a thermal spring.
Scotland is a highland fling.
Oh, better to be anything
than America as a gun.

Domestic mass shootings are a peculiarly American phenomenon at least partly because of the enormous propaganda influence of two of the most powerful industries in America, the U.S. military/industrial/weapons complex and the untouchable multi-national pharmaceutical corporations.

If one is totally honest, one must acknowledge also that those same two corporate powers have been the major factors behind the pandemics of “legal,” non-domestic, mass shootings in the various foreign countries that have been regularly invaded and destabilized by the American military/industrial/congressional establishment in the past decades. These condoned, even celebrated, mass killings in foreign countries have been occurring with astonishing regularity.

In the American epidemic of mass shootings – both civilian and military – it needs to be understood that America’s obvious failure to do the right thing and overcome the epidemics is because neither the Republican nor Democratic Party politicians can resist taking campaign “bribes” from Big Weapons and Big Pharma.

The mainstream media often uses the phrase “senseless violence” when referring to the domestic mass shootings. Perhaps we could overcome the senselessness if we were given all the inconvenient facts con-cerning the two taboo subjects of traumatic stress events experienced by the mass shooters and their use of dangerous psychiatric drugs that can have such disastrous effects on the immature brains of children and adolescents – and adults as well.

If we knew about their past traumas, the amount of violence experienced in videogames, Hollywood movies or on television and the mass shooter’s use of brain-altering prescription or illicit drugs in the now infamous Colorado shootings at Aurora, Colorado Springs, Littleton and now Boulder – there would be far less confusion about the origins of mass shootings in America.

Interestingly, one of the victims of Littleton’s (Columbine High School) shooter Eric Harris (Harris had been first prescribed Pfizer’s so-called “antidepressant” Zoloft and then was switched to Abbott’s so-called “antidepressant” Luvox) seemed to be promoting blind ignorance when he said “don’t waste time trying to figure out what motivated the shooters. “It’s a waste of time, and it gives them exactly what they want.” And then he complained, “I don’t think I’ll ever understand.”

This Columbine School victim had obviously adopted America’s official “approved” narrative: 1] keep everybody unaware of what the real motives may have been; 2] remain silent about painful truths; and 3] don’t expose any of the corporate or governmental powers-that-be for their guilty role in the shootings (or the wars).

In a 2012 Duty to Warn column I mentioned the existence of a remark-able database of serious so-called “SSRI-antidepressant” drug adverse effects (SSRI = “Selective” Serotonin Reuptake Inhibitor) that contributed to criminal acts that had been reported in the public domain. That website can still be accessed at ssristories.com.

Before I knew about that website, I had already come to the realization that the vast majority of media reports on mass shootings usually don’t ask the essential questions about what crazy-making psychiatric drugs the perpetrators might have been taking – unless, of course, the drugs were illicit ones.

So the thousands of examples documented on that website represents just the tip of what surely is an enormous iceberg, since even the FDA estimates that up to 99% of adverse effects from any given drug are never reported to that agency.

It doesn’t take a genius to recognize that any of the above SSRI druginduced mental aberrations could pass as a “mental illness.”

It needs to be emphasized that so-called adverse reactions are most likely to occur when starting or dis-continuing the drug, increasing or lowering the dose, running out of the medication or switching from one drug to another. Adverse reactions are commonly misdiagnosed as bipolar disorder, anxiety disorder, ADHD, sleep disorder, psychosis, schizophrenia or some other “mental illness of unknown origin” when, in actuality, the symptoms may be entirely iatrogenic (treatment, drug, vaccine or physician-induced).

Withdrawal from any of these addictive psychiatric medications can cause the neuropsychiatric and/or physical signs and symptoms listed above. It is important to withdraw extremely slowly from these drugs, preferably under the supervision of a qualified and experienced health care practitioner.  Withdrawal syndromes can be more difficult to treat than the disorder for which the drug was prescribed.

SSRI “adverse reactions” should be expected to occur and should not be a surprise to the prescribing physician, the patient or concerned family members.

So, knowing some of the signs and symptoms of the drugs listed above, I present below a partial list of psych drug–associated mass shootings in and around the turn of the last century, perpetrated mostly by children and adolescents. I was able to find, with a lot of sleuthing, the specific psych drugs associated with the shootings.

Suspiciously, in the vast majority of psychiatric drug-related episodes of irrational violence, such drugs are generally not reported.

The SSRI Stories website noted above has listed, among the thousands of examples of psychiatric drug-induced violence, scores of American school shootings. That website also lists psych drug-induced suicides and non-lethal acts of violence or irrational behaviors. There has been a measurable explosion of such incidents since the media-assisted popularization of Prozac, which was released by Eli Lilly & Company onto an unsuspecting public in 1989.

Contrary to popular opinion, the FDA never actually does tests on drugs (or vaccines, for that matter). Such tests are done by for-profit entities that only report the results to the FDA. Even those tests usually don’t run tests for long-term safety or efficacy, and commonly these corporate entities don’t run pre-clinical rials on patients below the age of 18. Therefore, we physicians, if we prescribe these untest-ed drugs to that underage group (who are all at various stages of immature brain development), we are doing so “off label,” thus making ourselves medico-legally liable.

Here is a very sobering list of specific cases of SSRI drug-related mass shooters from cases since 1990. Read it and then reassess what really needs to be done with background checks when someone with a clean criminal record tries to purchase an automatic rifle that can shoot 60 rounds a minute.

• Eric Harris, 17, (first taking Pfiz-er’s Zoloft then switching to Solvay/Abbott’s Luvox) and Dylan Klebold aged 18 (the infamous Columbine school shooting in Littleton, Colo.), killed 12 students and 1 teacher, and wounded 23 others, before killing themselves. Klebold’s medical records have never been made available to the public.

• Jeff Weise, 16, Red Lake, Minn., was taking Eli Lilly’s Prozac (60 milligrams per day, three times the average starting dose for adults!) when he shot his grandfather, his grandfather’s girlfriend and 22 fellow students. He then shot himself. 10 students died and 12 were wounded.

• Cory Baadsgaard, 16, Wahluke, Wash., High School, was on Glaxo-SmithKline’s Paxil (which caused him to have hallucinations) when he took a rifle to his high school and held 23 classmates hostage. He has no memory of the event.

• Christopher Pittman, 12, murdered both his grandparents while taking Pfizer’s Zoloft.

• Mathew Mille, 13, hung himself in his bedroom closet after taking Lilly’s Prozac for only 6 days.

• Jarred Viktor, 15, stabbed his grandmother 61 times after only 5 days of being on GlaxoSmithKline’s Paxil.

• Kip Kinkel, 15, shot his parents while they slept then went to school and opened fire, killing 2 classmates and injuring 22 shortly after beginning Lilly’s Prozac and CIBA/Novartis’s Ritalin.

• Luke Woodham, 16, was on Lilly’s Prozac when he killed his mother and two students, wounding six others.

• An unnamed Pocatello, Idaho, student (1998) had a Pfizer’s Zoloft-induced seizure that caused an armed stand-off at his school.

• Michael Carneal, 14, in West Paducah, Ken., was taking CIBA/No-vartis’s Ritalin when he opened fire on students at a high school prayer meeting. Three teenagers were killed, five others were wounded.

• An unnamed student in Huntsville, Ala., was on CIBA/Novartis’s Ritalin when he chopped up his parents with an ax and killed one sibling and seriously wounded another.

• Andrew Golden, 11, and Mitchell Johnson, 14, were both taking CIBA/Novartis’s Ritalin when they shot 15 people, killing four students and one teacher. Ten other students were wounded.
• TJ Solomon, 15, Conyers, Ga., was on CIBA/Novartis’s Ritalin when he wounded six of his classmates.
• Rod Mathews, 14, was on CIBA/Novartis’s Ritalin when he beat a class-mate to death with a bat.
• James Wilson, 19, Breenwood, S.C., was on various psychiatric drugs when he took a .22 caliber revolver into an elementary school, wounding 2 teachers, 7 children and killing 2 stu-dents.
• Elizabeth Bush, 13, (on Glaxo-SmithKline’s Paxil) was responsible for a school shooting in Pennsylvania.
• Jason Hoffman, El Cajon, Calif., was on GlaxoSmithKline’s Effexor and Forest/Allergan’s Celexa) when he shot up his school.
• Jarred Viktor, 15, had just started taking GSK’s Paxil five days earlier when he stabbed his grandmother 61 times.
• Chris Shanahan, 15, Rigby, Idaho, was taking GSK’s Paxil when he killed a woman.
• Jeff Franklin, Huntsville, Ala., was taking Eli Lilly’s Prozac and Novartis’s Ritalin when he killed his parents, us-ing a sledgehammer, hatchet, butcher knife and mechanic’s file. He then attacked his younger siblings with the same weapons.
• Neal Furrow shot up a Jew-ish school in Los Angeles, He had been court-ordered to take Eli Lilly’s Prozac along with several other medications.
• Kevin Rider, 14, was withdrawing from Lilly’s Prozac when he died from a gunshot wound to his head. Initially the death was ruled a suicide, but two years later, the investigation was opened as a possible homicide. The prime suspect for the homicide (also 14) had been taking Pfizer’s Zoloft and other SSRI antidepressants.

• Alex Kim, 13, hung himself shortly after his Forest Lab/Allergan’s Lexapro prescription had been doubled.
• Diane Routhier had been taking GlaxoSmithKline’s Wellbutrin for just 6 days (for gallstone problems). After complaining of many toxic effects from the drug, she shot herself.
• Billy Willkomm, 17 a University of Florida student, was on Lilly’s Pro-zac when he committed suicide by hanging.
• Kara Jaye Anne Fuller-Otter, 12, was on GSK’s Paxil when she hung herself.
Kara’s parents said “the damn doctor wouldn’t take her off it when I asked him to on the second visit. I told him I thought she was having some sort of reaction to the antidepressant…”
• Gareth Christian, 18, Vancouver, was on GSK’s Paxil when he committed suicide. Gareth’s father could not accept his son’s death and killed himself.
• Julie Woodward, 17, was on Pfizer’s Zoloft when she hung herself in her family’s garage.
• Matthew Miller, 13, saw a psy-chiatrist because he was having dif-ficulty at school. The psychiatrist gave him samples of Pfizer’s Zoloft. Seven days later his mother found his body hanging by a belt from a laundry hook in his closet.
• Kurt Danysh, 18, killed his father with a shotgun while taking Lilly’s Prozac. He is now in prison trying to warn others that SSRI drugs like Prozac can be lethal.