Department’s own data corroborates stories of racial disparities in arrest, use of force 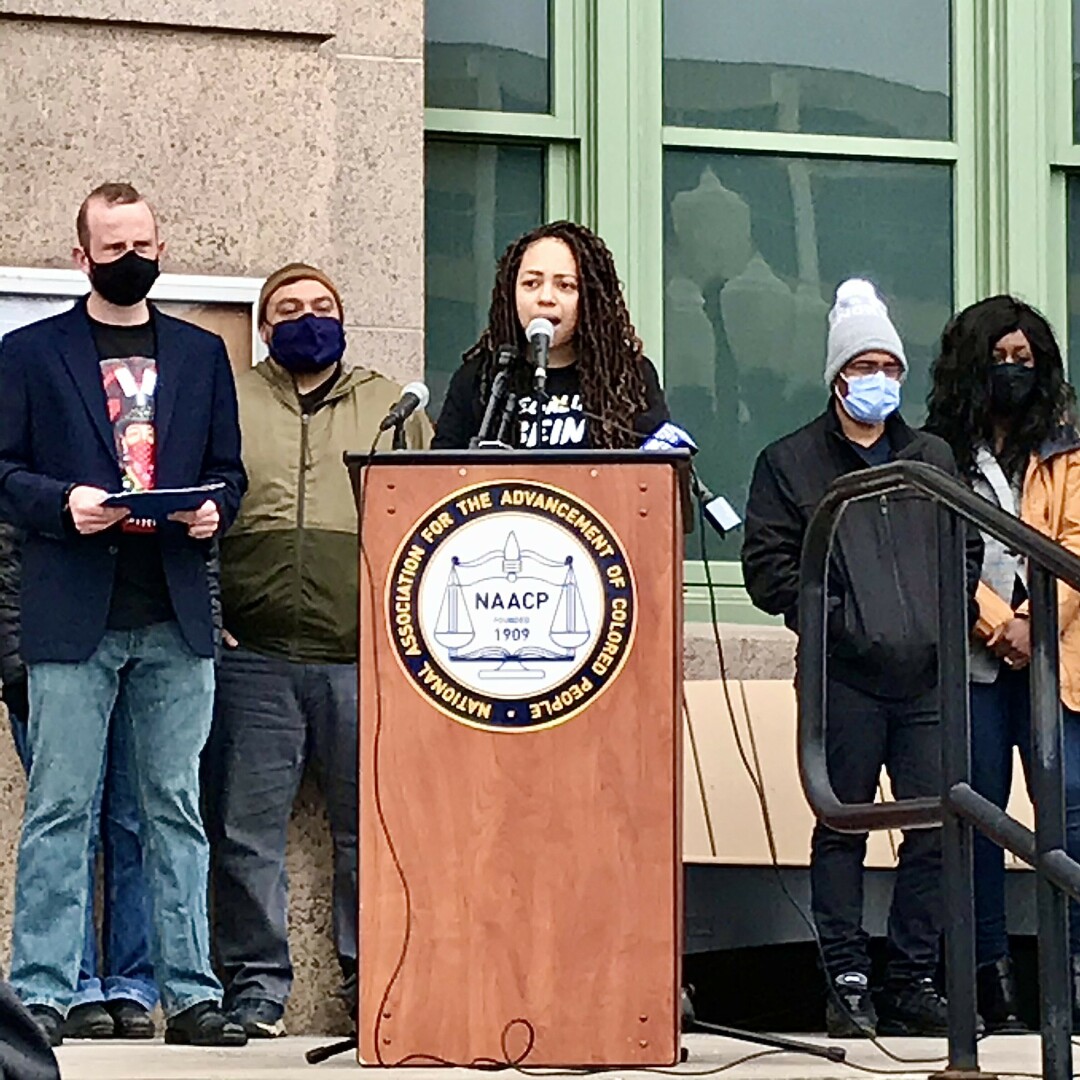 Duluth branch NAACP President Classie Dudley speaks Friday in front of the St. Louis County Courthouse to highlight racially discriminatory police practices in the Northland. The organization called for a public response from Chief Mike Tusken of the DPD and Mayor Emily Larson, as well as adopting practices where the arrest rates and use of force are proportionate to the demographics of the region. Photo by Jim Lundstrom.

“We expect DPD use of force rates and arrest rates to be proportionate to the racial demographics of our region,” said the only other speaker at the press conference, Jamey Sharp, the Duluth NAACP Criminal Justice co-chair.

Sharp said they would like to see the DPD’s use of force and arrest rates be proportionate to the area’s demographics by the end of 2022.

Asked if they had gotten a response from either Duluth Police Chief Mike Tusken or Mayor Emily Larson, Dudley said they want a public response from them.

“Make no mistake, police accountability starts with our community, not within the systems,” said Dudley, who promised more press conferences in the future to address systemic racism in the Northland.