Line 3: a tale of two governors 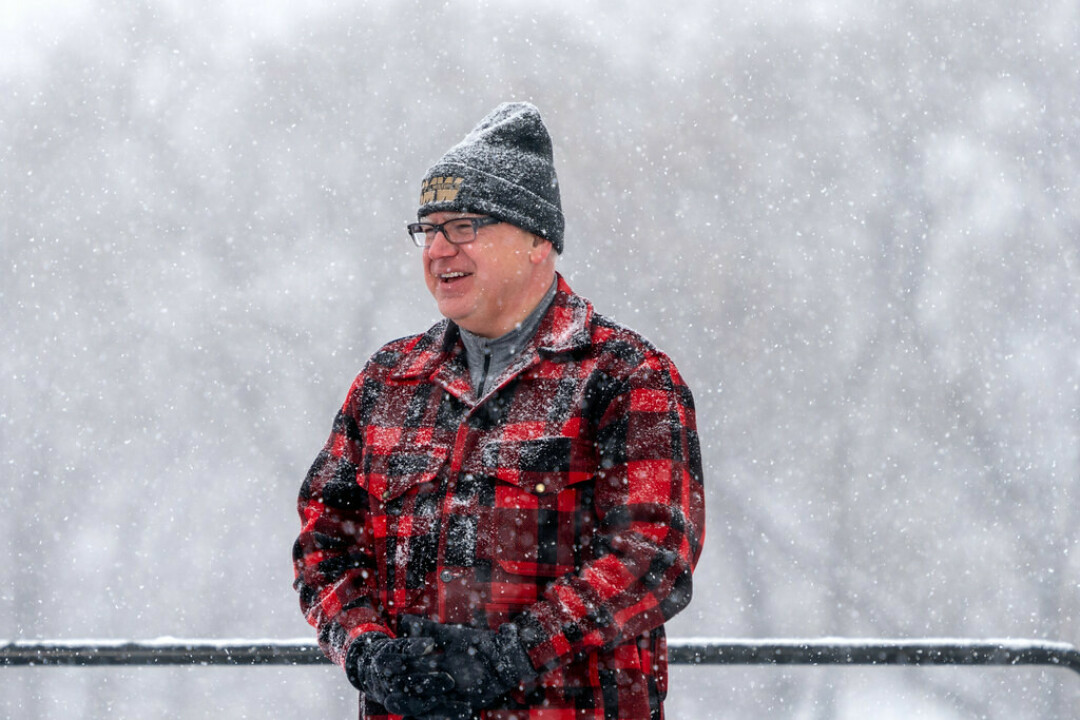 One Gov. Walz makes bold promises. The other Gov. Waz stands by idly – like a powerless midlevel bureaucrat – when tough decisions are needed to live up to those promises. One Gov. Walz told Minnesotans that Line 3 needed not just a building permit, but a “social permit.” That sounded really, really good. The other Gov. Walz never really explained what the “social permit” meant. This Gov. Walz never used his bully pulpit to speak out about the social contract, let alone tell Minnesotans how he felt about the Line 3 project.

One Gov. Walz said addressing climate damage was a top priority. The other Gov. Walz was silent while Line 3 was approved – in spite of state estimates that said the pipeline would add $287 billion in global climate destruction over three decades. (Think more powerful storms, worse droughts, agricultural losses, and harm to human health.)

The opening statement of Walz’s executive order reads: "It is important to recognize that the United States and the State of Minnesota have a unique legal relationship with federally recognized Tribal Nations, as affirmed by the Constitution of the United States, treaties, statutes, and case law."

The other Gov. Walz did nothing when the Red Lake and White Earth nations appealed to him and his administration to help stop Line 3. The Walz administration didn’t even support their court request to delay Line 3 construction to give time for their lawsuits to be heard.

In spite of his executive order, Walz and his administration were willfully ignorant about the state’s obligation to honor treaty rights. They didn’t bother to make sure treaty issues were resolved before Line 3 could proceed. One Gov. Walz made it a priority to address the Covid pandemic.

In November, with coronavirus cases spiking again, Walz issued a “pause” on social activities, such as in-person dining and fitness centers. The other Gov. Walz did nothing to delay or stop Line 3 work in November – even though he knew thousands of out-of-state workers would be heading this way – increasing the risks of spreading the disease.

One Gov. Walz said his Department of Commerce would continue a lawsuit challenging Line 3. Commerce had argued that Enbridge failed to prove Line 3 was needed and so never should have received permits to build it. Commerce’s case, along with others challenging Line 3, is in the Minnesota Court of Appeals. The other Gov. Walz isn’t following Commerce’s conclusion. He hasn’t intervened to stop Line 3. To put a fine point on it, he’s saying in the Covid era that Line 3 workers are “essential workers,” but they are building a nonessential pipeline.

Gov. Walz is riding the fence, trying to sound good without doing good. He’s also failing to keep up with his party, both locally and nationally. More and more of Minnesota’s Democratic state legislators are opposing Line 3.

Michigan Gov. Gretchen Whitmer last year revoked Enbridge’s easement for the Line 5 pipeline to sit on the bottom of the Straits of Mackinac. Enbridge is contesting it, but at least Whitmer’s trying. In Washington,

President Biden stopped the Keystone XL pipeline on his first day in office.

Gov. Walz, you need to take a stand. You’re either standing with a Canadian corporation and 19th century fossil fuel technology, or you’re leading Minnesotans into a sustainable future based on 21st century technology. What tale do you want to leave as your legacy?

Scott Russell is a retired journalist who has written extensively about Enbridge Line 3.