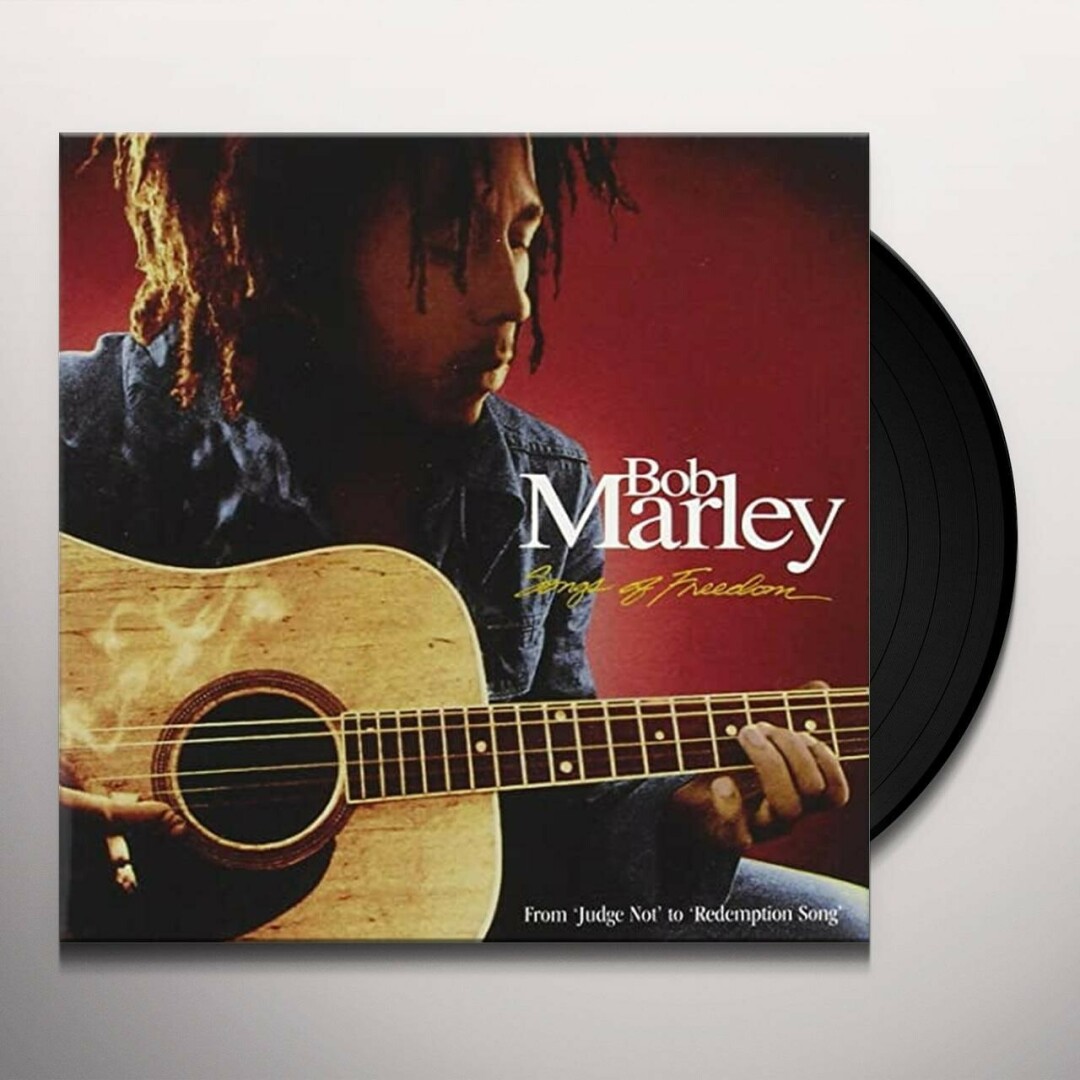 When the beautiful new six-record Bob Marley anthology arrived on my doorstep, I couldn’t wait to start spinning the career-spanning collection issued in February to mark what would have been his 76th birthday, had he not died 40 years ago at the age of 36.

As I unpackaged the Songs of Freedom: The Island Years, I tried to recall the first time I heard Bob Marley, but, no, it won’t come. Some iconic records I can recall hearing the first time, but Bob Marley just always seems to have been there with his strange, beautiful, inspiring music.

So to revisit all his most famous records in this package is going to be a blast. But it’s not all familiar territory for the collection includes some previously unreleased material directly from Rita Marley’s vault, live versions of famous songs and lots of details about Marley and his music in a 20-page booklet and liner notes with each record.

On the cover of the booklet is a black and white photo of smiling Bob and nothing – such as a title – else.

The inside cover is a color photo of The Wailers – Bunny Livingston (Wailer), Bob Marley and Peter Tosh, along with Rita Marley. On the opposite page is a brief introduction from Rita, telling the sweet story of how they met through a letter the shy Bob wrote to her and had delivered by Bunny. She ends her memory with this: “He never took himself as important as others saw him yet we all know he had the ability to shock the world.”

We also get a history of Bob’s musical career from Rob Partridge, who served as director of press for Island Records from 1977 to 1990.

A two-page spread tells the entertaining story of Marley’s 1971 visit to Stockholm to write songs with and for Johnny Nash. Nash had a 1969 hit with a Marley song, “Hold Me Tight,” and would have another in 1973, “Stir It Up.”

The story of Marley in Stockholm is told by John “Rabbit” Bundrick, a Texas keyboard player in Nash’s band, Sons of the Jungle.

Bundrick admits he had never heard of Marley or reggae. His reaction – “What the hell is this?” To which, he writes, “I have often eaten those very words since.”

Marley eventually taught Bundrick how to play his organ “with a reggae feel that I never knew existed.”

Bundrick was also there with Marley to help write a soundtrack for a Swedish movie Nash was making, a movie he says closed the day after it opened. They were sharing a home in Stockholm that summer, and would make their own music in their rooms.

“Out of Bob’s room came the rawest guitar and vocal sounds my ears have ever heard,” he writes.

The experience ended badly after a poker game with a mobster engineered to make the group some money back-fired and the group was broke. Marley disappeared from Sweden with Nash’s guitar and tape recorder.

Ahhh, at last! So Bob Marley was a human being.

When Nash and his band moved to England, Bundrick said, “Bob appeared out of nowhere. We all continued in our way as before, as if nothing had ever happened.” They proceeded to record Nash’s album with the hit song “I Can See Clearly Now.”

Then Marley met Chris Blackwell of Island Records and the rest is history.

Timothy White, editor in chief of Billboard and author of Catch A Fire: The Life of Bob Marley, contributes the final two pieces. The first is a brief interview with Eric Clapton about how he first came to hear Marley and then record his “I Shot the Sheriff.”

Clapton was in Miami in 1974, recording his 461 Ocean Boulevard album when the session guitarist played for Clapton Marley’s Burnin’ album.

Clapton says it took him a while to get into the music.

“To break my inherent musical tightness down into this real loose thing was very, very difficult for me to assimilate,” he says.

But he and the band spent a day jamming on “I Shot the Sheriff,” and Clapton dug it so much he said, “Let’s cut it.”

It was a No. 1 hot for Clapton, and Marley called him when it blew it up, but they would not meet until 1978, when Clapton when to see Marley in his smoky dressing room at the Hammersmith Odeon.

“I sat and talked with Bob, and he was just a great guy,” Clapton says.

White’s final piece – The C??? of Being Bob Marley – is a personal piece that puts Marley’s career into perspective.

Going through the booklet while listening to these songs of freedom makes me wish I too had been at the Hammersmith Odeon in 1978. I could have been since I was living in England at the time. But, no, I must live with the regret of never having seen Bob Marley.

This collection is a bit of a salve on that festering wound. It’s a beautiful package that gives you a real sense of the man behind the myth.

Fittingly, the very last track is “Redemption Song,” performed at Marley’s last show, on Sept. 23, 1980, in Pittsburgh. It is described in the extensive liner notes as “A final statement in a career, a summation of all the themes and thought that had created it.”

The vinyl version included a limited number of Jamaican-colored vinyl (red, yellow and green) as well as a three-CD version.