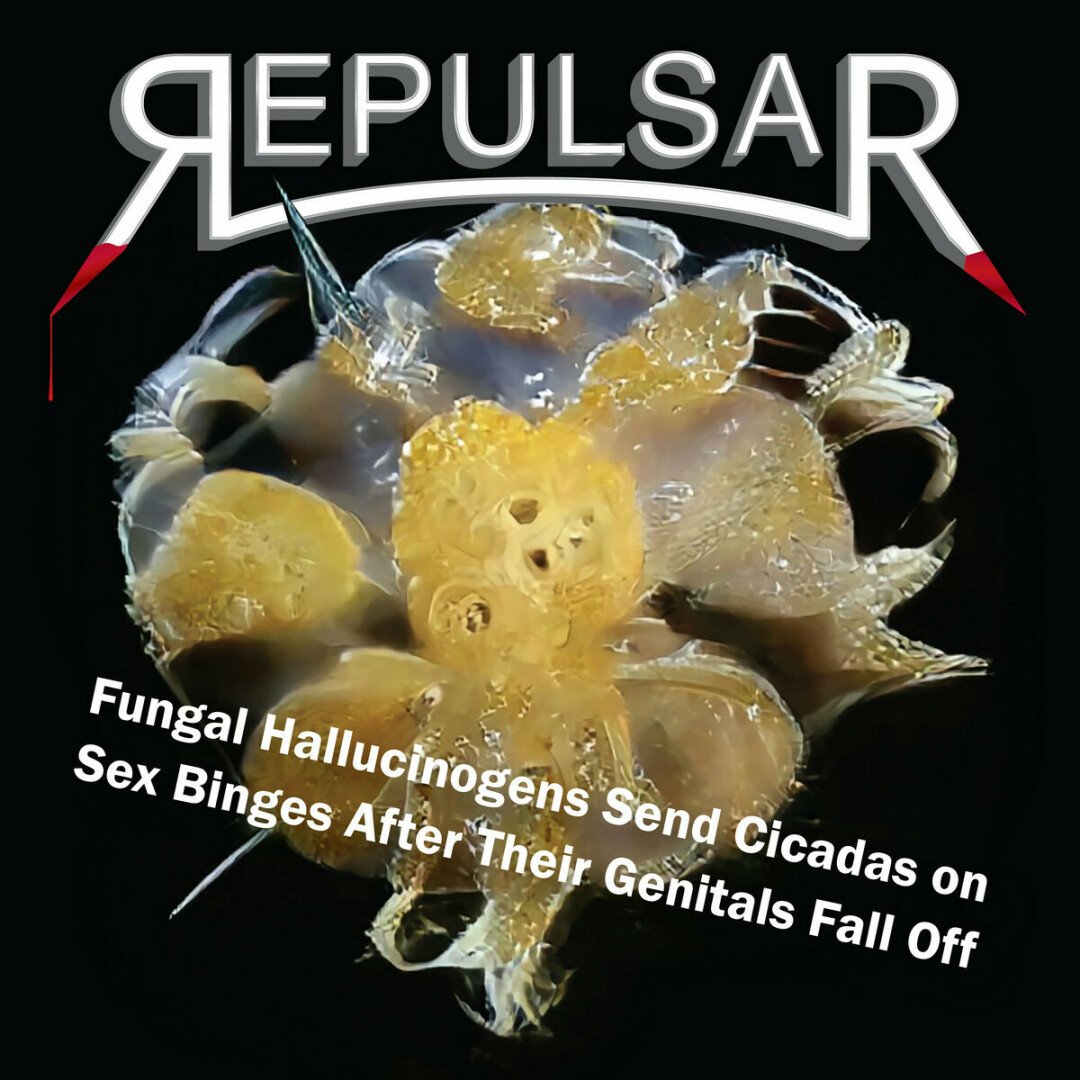 The latest album by the Twin Cities bizarro outfit Repulsar is, despite all its attempts to be gross, disturbing and repulsive, jes’ plain fun. It’s a Zappa-Beefheart-esque ride through lunatic electronic sounds, whacko monologues and crazed funk and jazz. Some of it’s even danceable, though for the most part you’d have to come up with some weird contortions to dance to it.

Repulsar, the audio version of an underground comic, is the trio of Michael Donahue, Wayne Sayers and a guy who calls himself Newt Skink. They released their first album, “Gay Deer Hunter Sex Wagon” in 2015. Their 2019 album, or more like an EP, “Repulsar at Remer,” was a shapeless noise conflagration. At the time their stated goal was to be so terrible as to be great, and while I’m still not sure I’d call “Remer” great, it certainly got my attention.

“Cicadas” is relatively conventional because it contains actual songs and it’s not trying to be terrible. Is it great? Kinda, sorta, yeah, at the very least cool-weird. How you react depends on your own weirdness.

The first track, “Mutant Insects,” is a blast, a carnival of electro-bug noises, semi-human wails and saxophone, all set to an infectious club beat. Perhaps Repulsar missed their calling by not being a dance band from the word go (though there are some dance tracks on "Deer Hunter") but it’s never too late to start. Dance music is not in vogue at the moment, what with COVID, but when it comes back I expect this song to be at the top of the charts.

Their attention span is not about to be limited to dance music, so the rest of the album goes any direction their twisted minds take them. Track two is pompously, if facetiously, titled, “The Future of Jazz.” It’s an instrumental with an eccentric rhythm and more seemingly random saxophone, and it could qualify as innovative jazz. Theoretically.

“Back Yard Death Metal Gas Station” is, not, alas, death metal, though I’d like to hear Repulsar do metal. Actually this one fell a little flat for me because it was too consciously quirky with an ambling rhythm. I felt the same way about the title cut, a couple of tracks down, but maybe my shallow soul just likes songs with a beat.

Neither song is dull, anyway. “Death Metal” has a sasquatch voice howling words like “Texaco makes the star point to my master. Satan is laughing, the balls they are smashing as I strap on my V.” Again, you’ll have to refer to the written lyrics to understand them. “Cicadas” has no vocals, though the synthesizer knobs all seem to be competing for attention with the sax. 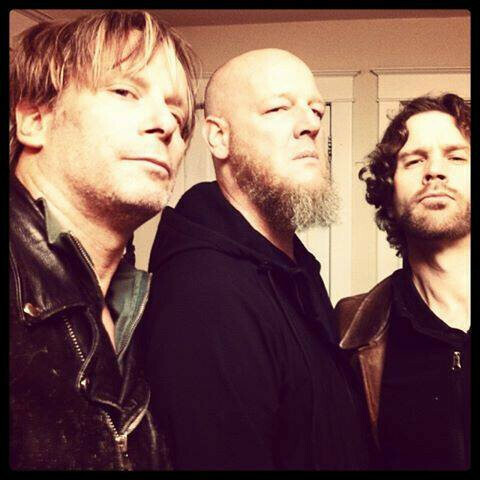 You can understand the words better in “Flying Pig Tits Over Valhalla,” recited (not sung) by Skink in a clear, authoritative voice over a frenetic, dysrhythmic beat. The effect is like a high school biology teacher if someone slipped LSD into his coffee: “And then the Valkyrie’s hard chitinous exoskeleton is crawling upside down, opening her wings to show a golden powder from her saltshaker of death.” In the last line it’s revealed that the entire subject is hilariously mundane, not to mention regionally specific to the Land of 10,000 Lakes.

In “I Like What You’re Trying to Do There,” The same biology teacher seems to be critiquing the band’s work, condescendingly constructive though he doesn’t get what they’re trying to do. Does anyone? Do you need to understand it to enjoy it? Quite the opposite. The pleasure is in repeatedly wondering, “What the hell is this?”

The body-horror lyrics get to be a bit much, not that you should take them seriously: “I piss a stream of blood into the afterlife that becomes the bullwhip in Robert Mapplethorpe’s ass.” At nearly seven minutes, it’s the album’s centerpiece.

“It Hurts to Wipe,” thankfully, does not seem to have much to do with its title. The music is seductive lounge jazz with a female vocalist, Courie Bishop, who, in keeping with the rest of the album, doesn’t sing. She sounds like Miss America giving helpful advice: “Consider yourself lucky young man … You were once a worm from beyond the crust. You are the sludge in the extraverse.”

“Take 15” is a reference to Dave Brubeck’s jazz standard “Take 5,” though it’s not 15 minutes long, it’s only five, seemingly a vocal vehicle for the sasquatch. The ninth and final track, “Golden Spores,” has computer-generated male and female voices and my favorite lines: “Fruiting bodies release and puff spores pulsingly spewing forth replica after replica on replica on replica ad infinitum. Rinse and repeat. Goes great with Doritos.”

After many spins I still maintain the dance track, “Mutant Insects” is the best. I hereby declare that their next album shalt be all dance music and if they concur, they shalt be rewarded with a golden shower of fame and fortune. Thou shalt not be too cool for dance music if thou ist good at it.