Is McDavid the best player in the world? 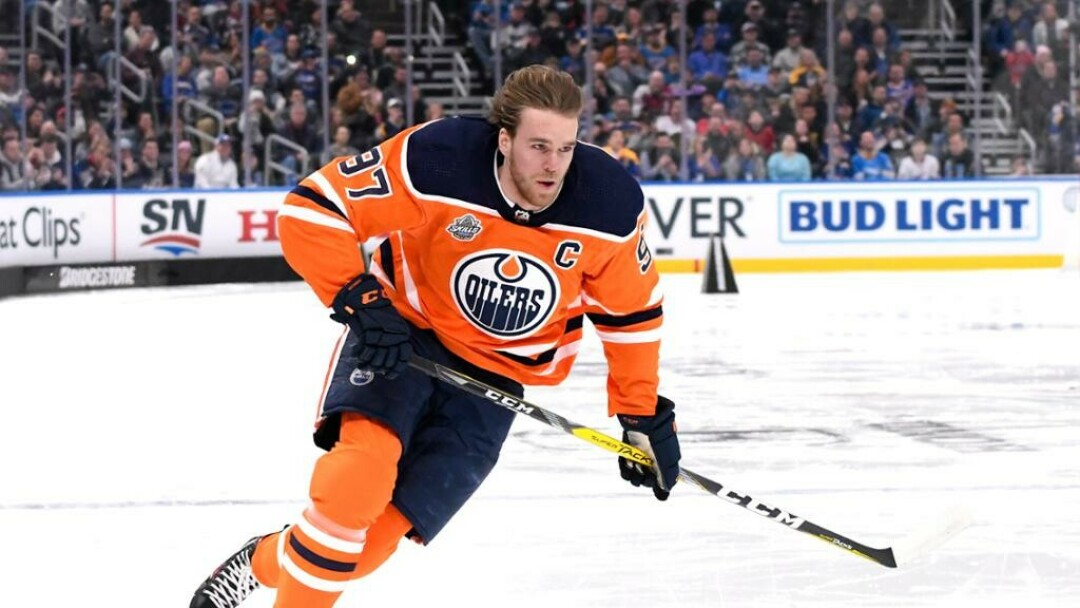 ESKO – I take in immense amounts of hockey news, games and all things hockey that I can. So I’m used to hearing the familiar refrain of Connor McDavid being constantly recognized as the world’s best hockey player.

Well, OK. Maybe he is, but then again, perhaps he isn’t.

One thing I can tell you is that the statement rarely gets any pushback. The criteria used to determine this lofty title are usually ill-defined if they are defined at all. And to top it all off, I’ve never seen or read an article that digs into this topic with any serious objectivity.

I’ll note right away that I’m not doing a deep dig on this topic. I mean, in sports, if you are comparing players, there are many factors involved, and it’s usually a futile effort until the par-ties involved have ended their careers, leaving a quantifiable data set to examine.

So, off the top of my head, what am I thinking here? I believe that McDavid isn’t the best “player” in the world. He could be the most skilled player in the game today. I wouldn’t argue against that.

But the best “player”? In my view, to call someone the best would mean that they dominate in every phase of the game. It means that they are a complete all-around player. I just don’t believe McDavid can make that claim.

He does think and see the game better than the majority of players in the game today.

So when you combine all of his assets, he likely is the most skilled player in the game right now. Team-wise the bulk of his accomplishments are at the amateur level. His Edmonton Oilers have only made the Stanley Cup playoffs twice in his five-season tenure.

So, I’d like to wait until he wins something in the pro-ranks besides all of the individual awards he is piling up before awarding him any royal titles. Some may recoil at that statement. Yes, I know that he isn’t in control of building his team’s roster and so on. Neither was Sid Crosby, or Patrick Kane, Mario, Wayne and so forth.

And indeed, we know of the quirks of the Oiler management group for multiple years. But for instance, go to Crosby’s wiki entry and then McDavids. Check the career statistics listed and then the honors and achievements. They do not compare. Sure McDavid is still in the early years of his career. And that’s precisely why he can’t be called the “best player” in the world yet. Enough said...

FOR THE FIRST TIME in collegiate hockey history, the State of Hockey has all five of its Division One Men’s hockey programs in the NCAA playoffs. I am beyond ecstatic!

You cannot understate the enormity of this epic accomplishment. Does this mean that Minnesota hockey has finally arrived? It arrived for me decades ago.

It should be no secret to anyone who follows the sport that Minnesota has been the best overall hockey state in the land for many decades. This great game has been part of the fabric of our culture for so long that some of us may not think twice about it anymore.

**UMD goes in as the two-time defending Champion.
** UM is making an NCAA record 38th appearance.

ARE THE MINNESOTA WILD Stanley Cup contenders at this point? The answer would be an emphatic “no.” But before their ill-fated trip west to Denver to face the Colorado Avalanche, that was some of the talk around this team.

And that’s not to say that they hadn’t been playing some decent hockey. It’s just that, let’s be honest, the team’s won-loss record was not built upon beating the NHL’s upper-level teams consistently. And both games of this two-game set were nothing short of disasters for the team. This team got exposed and badly at that.

In their 5-1 and 6-0 losses, the team failed in every phase of the two games. The Wild stand at 4-6 against both the top ten and top sixteen teams at this point. They are tied points-wise, for third place in the West division with the STL Blues at 37 each with the Wild holding two games in hand. Saturday’s game was the team’s first of the second half of their 56 game regular season schedule. At 18-11, most of their wins are against teams beneath them in the standings.

Against first-place Vegas, they stand at 2-2, and versus the second-place Avs, they are 2-4. And in this most unusual season, all games are within their own division, and there are no Conferences for the year. So, it’s hard to see how the team might match up against others, especially the traditional Eastern clubs.

The team opens up a two-game set with Anaheim tonight, and then they complete the week with a single tilt versus STL before taking a three-day break. The team stands at 3-1 against the Duck this year, and with previous games with the Blues postponed due to a Covid outbreak, this will be the initial meeting of the season between the two. The Blues had been expected to be strong contenders this season, but at 16-16 are deflating the analyst’s expectations.

Even before the reality checks out in Denver, I felt that this wasn’t an upper-level team, but they have taken some steps this season toward the future they want.

The Avs games saw two of their top skill players, Kirill Kaprizov and Kevin Fiala, looking rather average. Then again, the entire team looked that way. Still, I believe that GM Bill Guerin has done a mostly positive job of moving the club forward through some wise, if not basic, maneuvering.

With a handful of RFA and UFA issues coming up in this off-season, it will be of interest to see how Guerin prioritizes the roster needs and goes about them. There is also the expansion draft to consider, which will make the April 12th trade deadline notable. Most clubs are resigned to the fact that they will lose at least one player they can’t protect. For the Wild, who is that player? PEACE