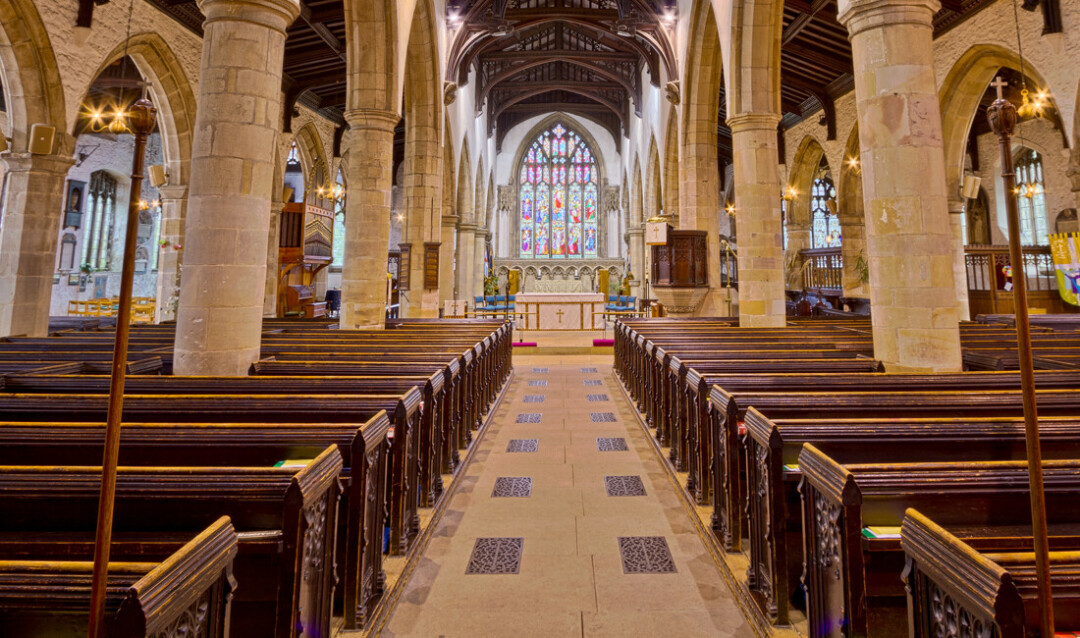 What job pays $90 an hour and you just keep repeating ‘NO?’

There evidently is a great deal of truth in the old adage “those who don’t know history are bound to repeat it.”

The Divided States of America are beginning to look more like the Roman Empire and the Vatican each day. The power of Rome grew and died in a thousand-year timespan because only sometimes it acted like a real empire.

Modern life is quicker and deadlier. It’s doubtful the American Empire will last longer than a couple of hundred years.

Various plagues periodically swept through parts of the Roman Empire as various viruses and flus have continued to ravage us.

Rome had many intemperate leaders in its history, with the vengeful and erratic Emperor Caligula perhaps the worst. His favorite horse was stabled in a marble palace and Caligula considered him so smart he wanted to make him a senator. One of his wives was named Milonia. Remind you of anyone?

Donald Trump now lives in his palace Mar-a-Logo and in the golden Trump Tower, is vengeful and erratic, has actually appointed whole teams of horse’s asses to his cabinet, and his present wife is named Melania. Well, that’s history for you.

As far as the Vatican in Rome goes, it’s in the twilight of its 2,000 years now because, regardless of what it does, it seems it just cannot control sex between human beings for pleasure, profit, productivity, criminal acts, and mental and medical disorders.

The Vatican has committed a double fault by not recognizing that Eve was often smarter than Adam and that mothers could speak truth to power better than priests, bishops, cardinals or popes.

The complete failure of Pope Francis to save the Vatican

I was somewhat surprised that Pope Francis signed on to the statement that blessing same-sex couples is wrong: “to approve and encourage a choice and a way of life that cannot be recognized as objectively ordered to the revealed plans of God. God does not and cannot bless sin.”

Here was the chance for Pope Francis to jerk the Roman Catholic Church into the 21st century over the subject of homosexuality and the roles of women – and he blew it. Whenever the bells of St. Peter’s are rung now, they will sound the death knell of a major religion.

It’s particularly tragic when the Vatican and St. Peter’s are covered on the outside and inside by the work of the two most renowned artists and designers in the world – the gay Leonardo DaVinci and the gay Michelangelo – and the sculptures of Mary.

A recent Gallup Poll revealed that 15.9% of the adults in Generation Z (ages 6-24) identify as LBGTQ+ and are in every income quartile. Eighty percent of the American people want the Equality Act and the LBGTQ* acts passed.

Even in conservative Catholic Poland, a court acquitted LBGTQ activists for putting a rainbow flag on a religious icon! Amazing!

Bethany Christian Services, the largest religious adoption and foster-care service organization in the DSA, has agreed to serve LBGTQ families seeking children nationwide. The times “they are a-changin’.”
The Vatican has it wrong. The evidence is overwhelming about the decline of Catholicism – and sex has caused most of the decline.

According to Axios, between 1950 and 2016, 6,721 Catholic priests com-mitted 18,565 acts of sexual abuse. Between 2004 and 2014, 848 priests around the world were defrocked by the Vatican for rape or molestation of children. (Axios is just one source; there are dozens of stats too numerous to cite.)

Fewer young people consider themselves Catholic. The median age for U.S. Catholics is 49. For other U.S. religions it is 36.

In the last two decades Christians (mostly evangelicals and Catholics) have dropped from 78% of the population to 65% in 2019. During the same time atheists, agnostics and “without religion” grew from 16% to 26%.

Europeans have left the Catholic Church by the millions since World War II. Only 14% of Italians go to mass each week. With decisions like the Pope’s, the decline will rapidly increase exponentially.

The Catholic Church has often been praised for its charitable acts. But in the Great Potato famines in the 19th century in Ireland, which was 90% Catholic at the time, the government kept exporting food to other countries while thousands of Irish died of starvation.

After watching how Washington operated the last four years, one need not wonder how SNAFU’d, screwed-up, Rube Goldberg’d, Joe Btfsplk’d our government is.

Remember: Joe is the guy in the comic strip Lil Abner with the “hugely” black cloud over his head.

And then we have the most powerful politician in the country is a person who is the only member of the Socialist Party in the U.S. Senate.

Joe Biden, also with a few scattered black clouds over his head, has adopt-ed Bernie Sanders’s platform and has assigned him the task of getting it through Congress.

Sam Stein of Politico has asked a good question about Bernie: “Has any elected official in American history had such a profound influence on a major political party without ever formally joining it?”
West Virginia Democratic Senator Joe Manchin, who thought he had a shot at becoming the most powerful member of the Senate, decided to try to nickel-and-dime the Cares Act over 12 malignant hours. Bernie finally put him under the big bus with his billions and trillions.

Manchin then went on every cable news show trying to justify his attempt at being the MOST IMPORTANT politician in Washington. His attempt was sickening to watch.

Bernie is still the most important man in Washington. His platform has gained in popularity. After all, the happiest people in the world reside in Denmark, Norway, Sweden and Finland where a combination of capitalism and socialism, the form of government Bernie represents, makes the poor and the middle-class very happy.

Even Medicare-For-All now has a chance to replace a corrupt, scandalous free market health care “system” that makes people sick and go bankrupt.

But first we must get his voting rights act passed. What are 50 TrumpliQAnon and Republican senators doing through all this? Well, where else can one get a job paying 90 bucks an hour and all you have to do is say “NO!” once in a while?

To Joe B and Joe M: your stand on the filibuster is ridiculous. Do you actually think they will not talk you to death? That’s the only thing they can do well.

Name me seven Republicans who will not filibuster any of the above. All 50 are making 90 bucks an hour screwing the Democrats. They have a big advantage over normal people. They have only two issues: white people power and low taxes. Trumpistan residents don’t give a crap about anybody or anything else. Wake up!

We must abort the rocket engine of inequality

The Rand Corporation, perhaps the world’s most authoritative research organization, has released a study of the upward impact of a half century of income redistribution in the Divided States of America.
If, during the period of 1975 to 2020, income had been distributed as evenly as it was in 1975, the median full-time worker in 2020 would have been making $92,000 a year instead of just $50,000 as the worker today.

In other words, we have had class warfare for the last 50 years – and the rich have won.

During these years the Gross Nation-al Product increased by 118%, so, if income had kept pace, the worker’s annual median salary would be almost twice what it was in 1975. The bottom 90 percent would be taking home $2.5 trillion more dollars today!

We need a dramatic increase in the income and corporate taxes to restore the balance.

While half of our households cannot come up with $400 to cover an emergency, nine of the top 10 richest people in the world live in the Divided States of America and own more than $1.5 trillion. While 26 million Americans are hungry because they can’t afford to buy food, the billionaires fly in their private helicopters from their $50 million Manhattan apartments to their $50 million beach homes in the Hamptons. On their way they fly over the New York public schools where the roofs leak only when it rains and the water fountains have lead pipe. I imagine they might also look at the private school where they pay $54,000 to enroll their kindergartner for a year.

The richest 500 people on Planet Earth gained $1.8 trillion in combined wealth during the pandemic to a total net worth of $7.6 trillion. These gains were made because the workers without sick leave, emergency leave or adequate health care died while being exposed to COVID-19 while working the service industries.

But that’s to be expected. It is a fact that the highest rate of charity is given by the bottom 20%.

Billionaires are the most selfish and have the lowest rate.

In the race for vaccines, as an example, the richest countries with 14% of the world’s population have already purchased 53% of the best vaccines available.

The only way to save our democracy is to provide for the “common good” of all. That will take lots of money from the Top Twenty Percent. The only way to get it is to adequately fund the Internal Revenue Service, close down all the tax havens in the world, and increase the tax rates for those who have prospered while the ones who made the money for them during the pandemic suffered and died.

The billionaires will fight the Democrats tooth and nail. In a column I wrote 26 years ago, I used comments made by Will Rogers about Congress. I think it’s appropriate today. We can’t have that happen again.

“Any program that has to pass by that Senate is just like a rat having to pass a cat convention. It’s sure to be pounced on, and the more meritorious the scheme is, the less chance it has of passing.

** Diary of the Senate trying to find $2 billion that it had already spent, but didn’t have.

Monday—Soak the rich.
Tuesday—Begin hearing from the rich.
Wednesday—Tax Wall Street sales.
Thursday—Get word from Wall Street: Lay off of us or you will get no campaign contributions.
Friday—Soak the little fellow.
Saturday—Find out there is no little fellow. He has been soaked until he drowned.
Sunday—Meditate.
Next week—Same procedure only more talk and less result.”

And we have idiots who want to keep the filibuster?