Dr. Seuss (and other racist topics) 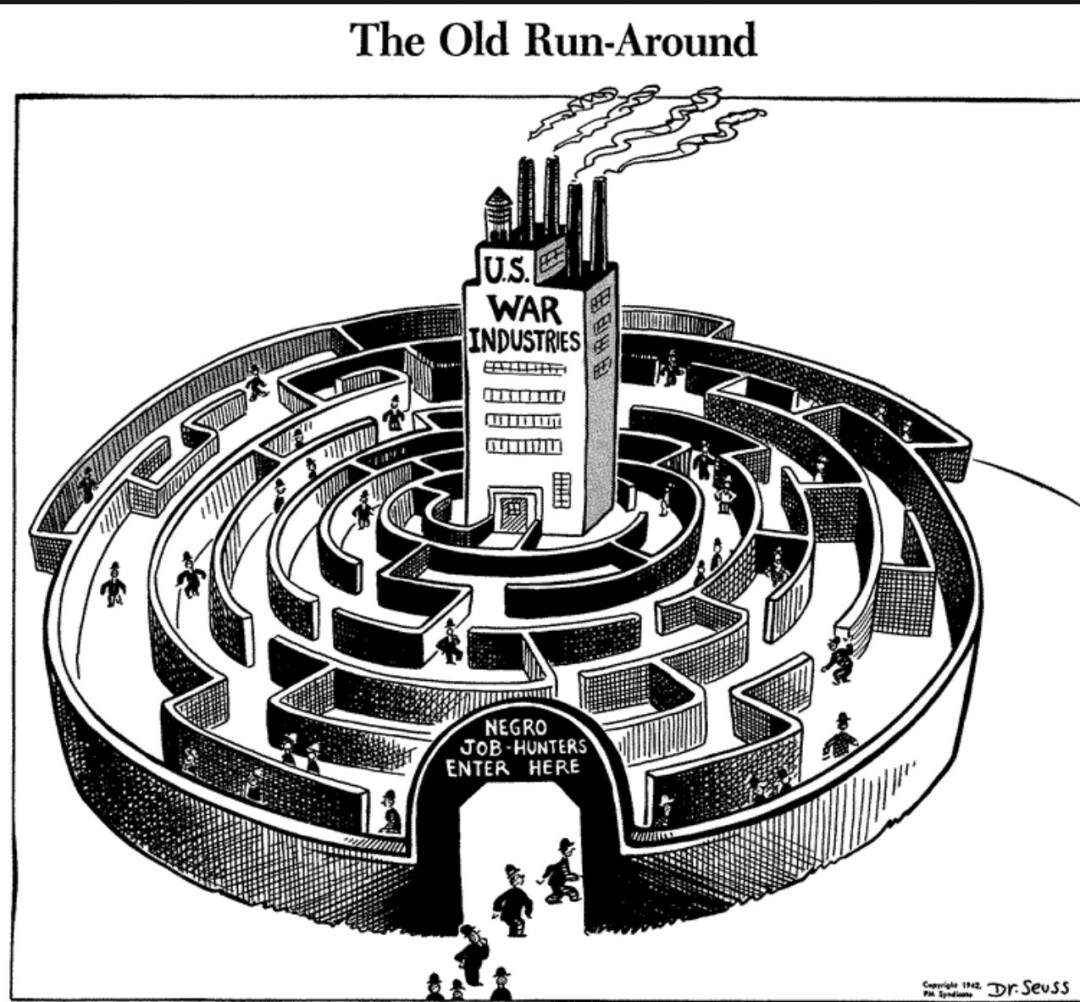 Calvin Trillin, Ogden Nash, Dorothy Parker and many others have written light verse that I have enjoyed, but of all of them, I think this one by Dr. Seuss is my favorite:

My hat is old
My tooth is gold
I have a duck I like to hold
My shoe is off, my foot is cold.

The image it brings up is just so absurd that I laugh when I see it.

The Garfield school library was very small, we were only allowed to check out two books per visit, and it was a looooong time between visits. I swear I read every book in that library between first and fourth grades, but I’ll bet I read “Horton Hatches an Egg” at least once every year.

As a long time fan, I was saddened to hear Ted Geisel (Dr. Seuss) being portrayed as a racist. I know I read the Mulberry Street and Zoo books, but, of course, being a white boy, it would never occur to me that Asians and Black children might be getting a different message. I’m sure that Dr. Seuss would regret that, too.

Ted Geisel was a liberal political cartoonist as well as a children’s book author. He was one of the few people who complained about the treatment of Blacks by the military, and I think the cartoon about the war industry and Blacks says it all.

He took special aim at Charles Lindberg’s anti-Semitism and isolationism. He portrayed him as a whale sitting on a mountaintop:

The Isolationist by Dr. Seuss

Said a whale, “There is so much commotion,
Such fights among fish in the ocean,
I’m saving my scalp
Living high on an Alp…
(Dear Lindy! He gave me the notion!) …

Our Hero, Charles Lindberg, was, if not a Nazi, at least pro-German and anti-Semitic.

For the portrayals of Japanese, I think a little historical perspective is needed. For the first 200 years of our existence as a nation, few of our politicians served any race but the white man. Several of the Founding Fathers, including two of the first three Presidents, were slave owners. What is more racist than that?

Most of out Presidents participated to some degree in the attempted genocide of Native American people. Lincoln freed the slaves, but was that a matter of conscience, or a political move?

As shameful as it was, Roosevelt did not send West Coast Japanese to internment camps in a vacuum. Many white American voters were worried, as he was, that the Japanese would pick their families over their adopted country.

The Japanese did not look like “us.” So Japanese people were ALWAYS caricatured by EVERY cartoonist during the war. We were encouraged to think of the Japanese as sub-humans. The Rape of Nanking was still fresh in people’s minds, as well as the sneak attack on Pearl Harbor. Our newspapers were reporting suicidal Japanese attacks on our Marines. And … they were the ENEMY, after all.

Several of Geisel’s political cartoons concern German anti-Semitism. I had heard and seen pictures from the Holocaust, but I thought that was in the past, and overseas. I was naive. When I went to Missouri for Army basic training, I met a Jewish kid from Chicago. We hit it off and subsequently went to the same outfit in El Paso for our second eight weeks. One day, a sincere young “Christian” from Pennsylvania drew me aside and told me that I should be ashamed of myself for “running around with those Jew boys.”

I was shocked, to say the least. I considered telling my friend about that encounter, but then I realized that he must have known those people still existed in our world, even if I didn’t.

As a white man, it is difficult to say anything about Black issues, because, of course, it will never be possible for me to put myself in a Black man’s shoes. I was once called a racist on FB because I questioned the effectiveness of taking the microphone from Bernie Sanders to harangue a crowd of Sander supporters about BLM. I made it clear that I wholeheartedly agreed with the message, I was merely questioning their methods.

At the risk of falling afoul of that mentality again, I will say that one of the worst mistakes the NAACP ever made was to put a halt to the TV version of Amos and Andy.

It is true that Amos and Andy originated on radio with two white men voicing the characters. I would not blame Black people for being angry about that.

But the TV version had to have all Black people playing the parts. Andy was still portrayed as a buffoon, but he was a LOVABLE buffoon, and he always came out on top, no matter how devious the Kingfish’s schemes were to part him from his money. Amos was a Black everyman, (as he was in the radio show), just working hard to support his family. The thing was, EVERYONE on the show was Black. There were well-spoken Black bankers and grocers and policemen, putting Black actors to work where they had never had that opportunity before, and showing them in a positive light.

I once came across an Amos and Andy movie from the ‘30s at the Dollar Store. It was on VCR, so I put it on my player. It was the white actors in blackface, and I had to see less than a minute of it to realize how incredibly racist it was. I pulled it out and threw it in the trash, where it belonged.