Aries looks to the future 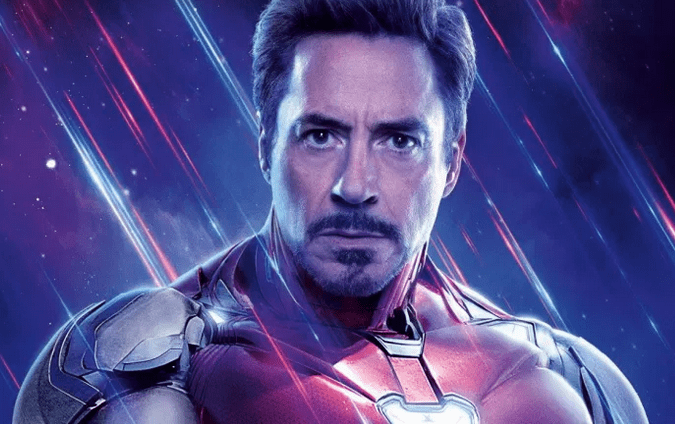 Being the sign of inspired ideas and change, and needing a goal – Aries represents the need to look to the future. Real life Aries Thomas Jefferson did just that (making sure his was the largest of all the signatures on the Declaration of Independence). Classic Aries ego.

Aries is the first sign of spring (in the Northern Hemisphere), and the symbol of new life and growth. It represents the power of the ego emerging, ready to assert its individuality, and if necessary to do battle with anything (or anyone) in the way of its goal.

Here’s an example of Aries’ uncompromising spirit: From the movie STRIPES with Bill Murray and the late and awesome Harold Ramis (R.I.P…..dear one)

Psycho: “The name’s Francis Soyer, but everybody calls me Psycho. Any of you guys call me Franics, and I’ll kill you.”

As the first sign of the zodiac, Aries is associated with the all-embracing energy and enthusiasm of youth. Like all Fire signs, Aries is a child at heart. In a quest for independence, Aries people will often do battle with conventional, stick-in-the-mud attitudes and will choose to reject the wealth of experience that is offered by older, wiser beings.

Such headstrong passion can be impressive, and will often drive Aries people to the successful achievement of their goals. However, Aries’ strength is also its weakness. Its tendency to do everything at full throttle has given people born under this sign the reputation for acting without thinking and, as a result, for creating havoc.

I give you Tony Stark a.k.a Iron Man in some classic Aries’ exchanges:

Senator Stern: “I think we’re done with the point that he’s making. I don’t think there’s any reason…”
Tony Stark: “ The point is….you’re welcome, I guess.”
Senator Stern: “For what?”
Tony Stark: “Because I’m your nuclear deterrent. It’s working. We’re safe. America is secure. You want my property? You can’t have it. But I did you a big favor.”
(stands and turns to face the Senate)
Tony Stark: “I’ve successfully privatized world peace. What more do you want? For now! I tried to play ball with these ass-clowns.”
Senator Stern: “Fuck you, Mr. Stark.”
Tony Stark: “Fuck you, buddy.”
Even when Aries people have clear plans of action, their lack of patience or consideration can drop them (and those around them) in hot water.
On the positive side, Aries is very direct-you know where you stand with Aries people, even though you won’t always like what they have to say.
Pepper Potts: “Natalie is here!”
Tony Stark: “I want one.”
Pepper Potts: “No….”

Or another classic Tony Stark exchange, this time with the head of S.H.I.E.L.D:

Along with the wealth of competitive spirit that is attributed to this sign, it is the inability of Aries people to act dishonestly that distinguishes Aries from the other signs.

The Age of Chivalry is not dead for true Aries people. They are born romantics, and may be seen as knights in shining armor…ready to devote themselves to a worthy cause. They are never happier than when they have a mission or a battle to fight. They are often found championing the underdog, or attempting to rescue someone in distress.

Here is a classic exchange. The complete qualities of an Aries person, all wrapped up in – Hermione Granger, from the wildly popular Harry Potter series:

“Have you ever seen anything quite as pathetic?” said Malfoy. “And he’s supposed to be our teacher!”
Harry and Ron both made furious moves toward Malfoy, but Hermione got there first…SMACK!
She had slapped Malfoy across the face with all the strength she could muster. Malfoy staggered. Harry, Ron, Crabbe and Goyle stood flabbergasted as Hermione raised her hand again.
“Don’t you DARE call Hagrid pathetic…you foul…you evil…”
“Hermione!” said Ron weakly, and he tried to grab her hand as she swung it back.
“Get OFF Ron!”
Hermione pulled out her wand. Mal-foy stepped backward. Crabbe and Goyle looked at him for instructions, thoroughly bewildered.
“C’mon,” Malfoy muttered, and in a moment, all three of them had disappeared into the passageway to the dungeons.
“HERMIONE!” Ron said again, sounding both stunned and impressed.

The Negative qualities of an Aries person are impressive:

• Self-centered: ( the world revolves around them) Impatient: (they eat cold soup out of the can)
• Reckless: (they are the ones that tie balloons to a lawn chair)
• Combative: (more Aries people are fired than any other sign)
• Blunt: (don’t ask them if your ass is too big)
• Foolhardy: (Harry Houdini was an Aries)
• Domineering: A quote from Aries male Steven Seagal: “There was a time when I thought I was doing a good thing with good guys for a good cause. Looking back, I think I really wanted to be a warrior.”
• Aggressive: Vincent Van Gogh was an Aries. Overreacted and cut his own ear off. Nuff said.
Aries people tend to have larger-than-life personalities, and like to mythologize themselves, rather than see themselves as merely human. They are born with a sense of adventure and are always eager for fresh experiences.

If they aren’t lucky enough to be-come inspired by a noble idea or the pursuit of a vision, they will soon be-come rather disillusioned.

Hugh Hefner is a classic example of a vision personified.

Naked ass women and lots of money in a big mansion with a pool, plus he gets to walk around in his night clothes all day, smoking a pipe and blowing the smoke wherever the hell he wants.

Not surprisingly, Aries are the archetypical pioneers and explorers of new lands. They are leaders rather than followers, who meet life with courage and bravado and constantly put themselves to the test.

Even when their patience runs thin, their optimism and endless enthusiasm means they are never held back by setbacks for long.

If you are wondering why I have been nicer to the Aries than the other signs of the zodiac, I will tell you.
I’m an Aries. So get over yourselves. I’m right. I know what I’m doing. I can do it better. So there.

Lady Ocalat is a practicing Professional Psychic and Tarot Reader. She owns and operates Lady Ocalat’s Emporium (31 West Superior St. , Suite #304, in downtown Duluth), and can be reached for readings and classes at 218-722-2240 or through her web site ladyocalat.com.