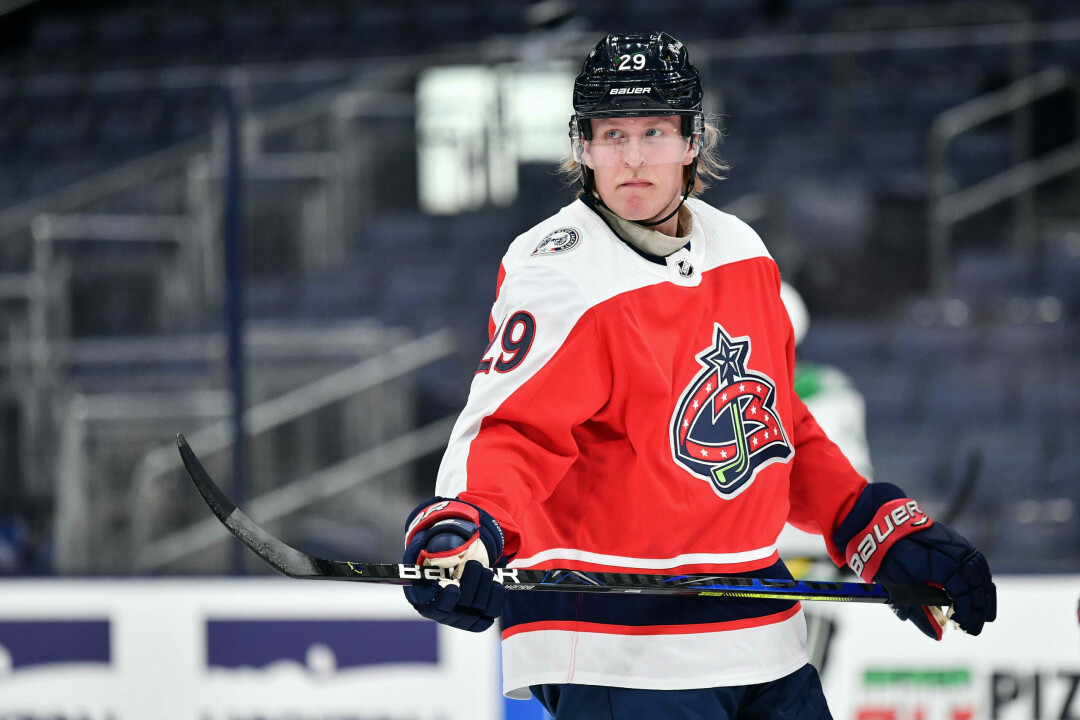 ELY – Writers note: Last week, while extolling the virtues of budding Minnesota Wild Superstar Kirill Kaprizov, I mentioned that he would be an RFA after this season. While that is technically true, some factors should be considered to clarify the matter. While I couldn’t find the proper RFA “status code” that would signify his current standing, I did find out a few things. To sign Kaprizov for this season last summer, the club had to agree to include last season (19-20), thus burning one year of his window toward an eventual UFA status (7 years of service or 25 yrs of age).

Next, due to his status, he will not have any arbitration rights, nor can he entertain any other teams’ offer sheets. Those are a rarity anyway, but who would want to take a chance on losing this player?

So, for the time being, the Wild are in the driver’s seat as far as his next contract goes. Owner Craig Leipold and GM Bill Guerin will have to dig deep and get creative. But based on what we have seen up to this point, the team must retain this player. Enough said!

ARE THE COLUMBUS BLUE JACKETS underachieving this season? Well, that’s hard to say. Based on overall roster makeup and either Free Agent or trade losses the past handful of seasons, you could say they are doing about what we thought they might do. And they aren’t performing that well.

At 11-19, you have to know that their fiery coach John Tortorella is probably very twisted up by his team’s performance. “Torts” is in the last year of a contract with no extensions being negotiated at this time.

Enter into the picture that CBJ player Pierre Luc Dubois made it known that he desired to be traded out of Columbus, and many fans were wondering how much the departures were related to Torts.

This scenario left GM Jarmo Keka-lainen in a bit of a jam. Trading part-ners in today’s hockey world can be tricky. This situation was no different.

In Winnipeg, there was a budding Finnish superstar that was desiring to be traded away from there. Patrik Laine is the kind of high-level talent that GMs and coaches drool over. His release and shot are outstanding, while the remainder of his game needs some rounding out. There are question marks about his maturity and his approach to the game.

As a kid, Laine had never been asked to do much more than shoot the biscuit and score goals. When NHL coaches began to ask for more of a 200-foot game, the response was indifferent.

Coach Paul Maurice in The Peg never publicly addressed it, but I believe he was asking for a lot more from Laine than he was getting. Unlike the demonstrative Torts, Coach Mo was going to go about his business without making a spectacle of the situation. Talks soon began between the two teams, and a deal was eventually made that would have Dubois and Laine exchanging zip codes.

The players joined their new clubs, said all the right things, and soon got down to business. It wouldn’t take long for Laine to get into the headlines for the wrong reasons. Just barely two weeks after the trade Laine was benched for verbally abusing a CBJ coach. Matters quieted down until last week when he did not play for the final 7 minutes of a game. The Florida Panthers, who were down 4-1 in this tilt, rallied back to win 5-4 in OT.

The media went into a frenzy after the game. I believe Torts was trying to play the players he felt he could trust in the precarious position, and Laine wasn’t one of them. He had a goal in the tilt but was also a -2 in the box score.

When questioned after the game, Laine went deer-in-the-headlights to an extent and stated that he thought he played “OK.” Alright, maybe. Maybe not. Somewhere along the line, a few of this fellow’s coaches may have forgotten to teach him that there is more to hockey than scoring and offense. That he seemingly fails to grasp there are other components to the game is baffling.

So, we’ve established at least a bit of indifference between coach and player. If Laine is a bit of a project, can Torts make it work? Is Torts going to be in Columbus after this season? Is Laine? He goes to RFA status after this season with limited options to leave, so, yes, he likely will be there. But will the team decide to cut bait here? What will the future hold? It’s hard to speculate. I’ve had an eye on this player for a while, though, and here’s what I think.

As with most 22-year-olds, Laine has got some growing up to do. In The Peg, I heard both coach and Captain say they tried several approaches to Laine, with none of them gaining ultimate success. Are coaches trying to convert him into a player he can’t be? I’m not sure.

Playing a defensive or 200-foot game is an art form. But it can be taught, and it can be learned. That’s all the coaches want. Laine needs an attitude and public persona change.

On the day the trade was made, I was listening to a CBJ radio show. The host was taking calls and had on a man from Finland. I listened with interest as they went back and forth about Laine’s possibilities with the CBJ. And finally, they were wrapping up the call when the host asked if the caller wanted to say anything else. The caller said yes, he did. He said, “good luck.” The host effusively thanked him as I shook my head. I wanted to call this program and iron the host out. The caller wasn’t wishing the team and Laine good luck for their future together. I caught the sarcasm in the man’s voice right off. He was saying “good luck” with THIS player.

That’s my current feelings with Laine too. But this guy seemed to know. He may eventually “get it” and turn into the complete player his team will need him to be. Until then, we could be in for a combo of Laine gaffes and media feeding frenzy... PEACE

THE WILD is on a streak of sorts. Upon returning to St. Paul for a series of home games, they are 4-0, winning two from the VGK and two from the Coyotes. They meet up with ARI again tomorrow eve before heading to Denver for two games. Kaprizov and the team are finally generating some buzz around the league.